Was a Baby Born Alive at 23 Weeks 'Thrown in the Trash'? 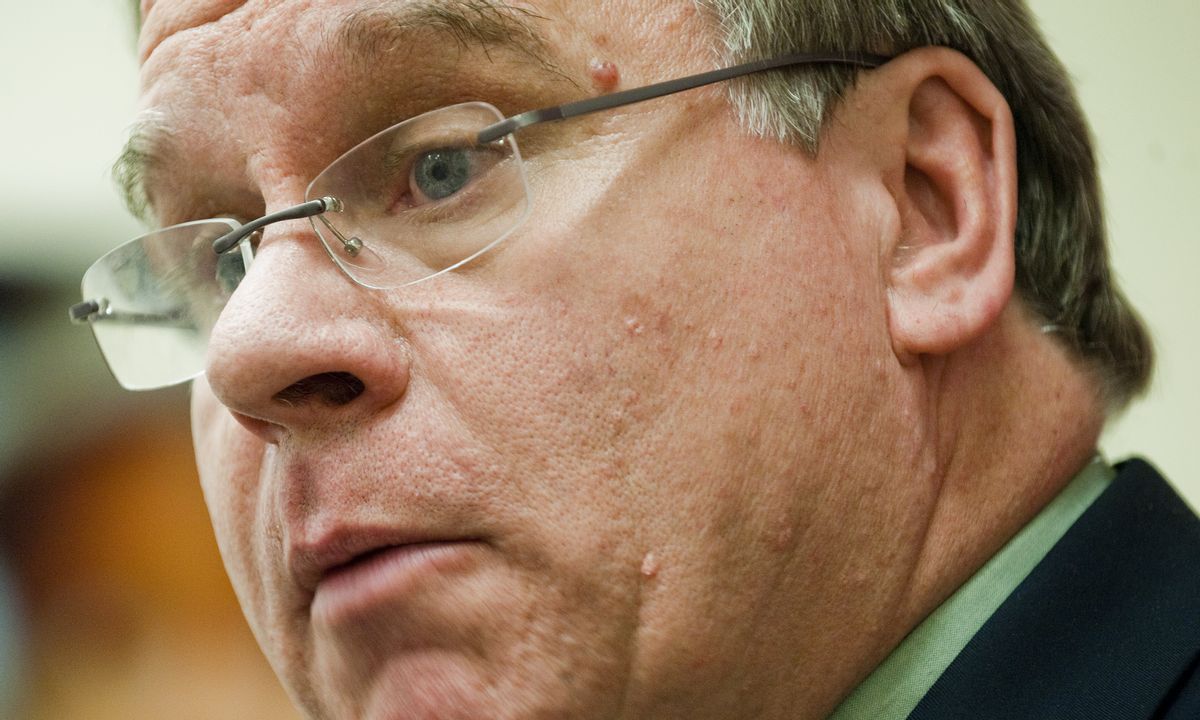 Claim:
In 2006, an abortion-clinic owner cut the umbilical cord of a baby born alive before "throwing" her in a biohazard bag and putting her remains in "the trash."
Rating:

The co-owner of an abortion clinic in Florida did cut the umbilical cord of a baby who had been born alive before the evacuation stage of an abortion and did dispose of the baby in a biohazard bag.

However, the descriptions of the incidents in question failed to mention the fact that, according to medical experts, the baby was non-viable when delivered and could not have survived longer than a few moments, regardless of the clinic owner's actions. Thus, those descriptions gave readers a misleading impression of the implications of that owner's actions.

We received multiple inquiries from readers in September 2019 about the veracity of widely shared reports that claimed an abortion provider in Florida had disposed of a baby "born alive at 23 weeks" by "throwing her in the trash."

"This week, at a hearing on Capitol Hill on the Born-Alive Abortion Survivors Protection Act, Congressman Chris Smith, chair of the Pro-Life Caucus, issued the following statement ..."

The article's headline claimed: "Baby Born Alive at 23 Weeks Was Gasping for Air. Abortion Clinic Put Baby in a Bag, Threw Her in the Trash."

Smith's statement came on Sept. 10, during a House minority hearing in Washington, D.C., on the subject of the Born Alive Abortion Survivors Protection bill, a piece of legislation that would, according to its supporters, enhance the requirements placed upon medical professionals to provide medical care for babies who survive failed abortions and are born alive. Critics say the legislation is legally unnecessary and intended to vilify abortion providers and subject them to unwarranted additional scrutiny.

Smith, who represents the 4th congressional district of New Jersey and is chair of the Congressional pro-life caucus, used some of his time to raise the case of Sycloria Williams, a Florida woman who underwent a failed abortion and whose baby died shortly after being born alive.

His remarks can be watched in full below. The most relevant portion was as follows:

"In a Florida abortion clinic, Sycloria Williams delivered a live baby at 23 weeks gestation. The clinic owner took the baby, who was gasping for air, cut her umbilical cord, threw her into a biohazard bag and put the bag in the trash. Heartbroken, Sycloria later had a funeral for her baby girl who she named Shanice."

Overall, Smith's description of the events in question, as well as that contained in LifeNews's headline, contained a mixture of accurate and misleading elements. The following exposition of the facts, and analysis, contains some rather graphic details of a late-term abortion, which some readers may find upsetting.

In July 2006, 18-year-old Sycloria Williams engaged the services of an abortion clinic in Hialeah, Florida. According to reports, she was around 23 weeks pregnant when Dr. Pierre Jean-Jacque Renelique performed the first part of the two-part dilation and evacuation abortion procedure.

The next day, Williams returned to the clinic in order to have the pregnancy terminated and the fetus removed from her uterus. Reportedly, Renelique was late in arriving, and Williams went into labor. The baby was delivered alive, so the clinic's co-owner, Belkis Gonzalez, cut the baby's umbilical cord and disposed of the baby in a biohazard bag.

In an interview with the Florida Catholic newspaper, Williams said of the baby: "She wasn’t moving much. Twitching, gasping for air. She wasn’t crying though, just hissing. Hissing sounds only.”

Three years later, prosecutors in Miami-Dade County filed two charges against Gonzalez: practicing as a medical professional without a license, resulting in serious bodily injury (for the act of cutting the umbilical cord), a felony that can carry a sentence of up to 15 years in prison; and tampering with evidence for the purpose of making it unavailable in a criminal investigation (for the alleged act of hiding the biozhard bag containing the baby's remains), a felony that could carry a sentence of up to five years in prison.

In charging the clinic's co-owner, prosecutors alleged she had caused the baby to suffer "brain or spinal damage and/or limitation of neurological, physical or sensory function" when she severed the umbilical cord. Of the second charge, prosecutors provided the following details, claiming Gonzalez had:

"... Unlawfully and feloniously, knowing that a criminal trial or proceeding or an investigation ... was pending ..., alter, destroy, conceal or remove evidence, to wit: biohazard bags and/or their contents, including the body of S.D.O., a female infant, and/or fetal remains and/or placenta and/or umbilical cord remnants, ... with the purpose to impair the verity or availability of said evidence ..."

In court filings, Gonzalez did not reject the claim that she had disposed of the baby's remains in a biohazard bag, only that she had deliberately hidden those remains from police searches, in an effort to thwart their investigations. There does not appear to be a substantive dispute over her having disposed of the remains, though we did not find any evidence that she had, specifically, "thrown" the remains into a biohazard bag. That description appears to be an example of poetic license on the part of Rep. Smith, though ultimately the evidence is lacking.

In court filings, Gonzalez accepted that the baby had been delivered prematurely in the clinic, and that she had personally cut the umbilical cord after that delivery, so this component of the claim made by Smith and LifeNews was accurate. However, Gonzalez denied the charge of causing serious bodily injury by practicing medicine while unlicensed, in part on the basis that the baby was non-viable — an important principle in good-faith ethical and medical debates over late-term abortion and an important factual element that Smith and others later omitted from their accounts of the Williams case.

In early 2011, Gonzalez filed a motion to dismiss the charges against her. In that motion, her attorneys cited testimony provided by two medical experts for the prosecution, both of whom agreed that the baby, which one estimated to have a gestational age of 21.5 weeks, was non-viable when she was delivered, meaning she could never have survived outside the womb for more than mere moments, no matter what attempts were made to save her life.

The motion quoted Dr. William Smalling, a neonatologist and medical expert for the prosecution, as saying in deposition:

"After reviewing the charts [presented by law enforcement], it was deemed that the fetus was about twenty-one and a half weeks. And based on estimation by the pathology report and the ultrasound, a fetus of that age would not be -- would be considered non-viable, which means it wasn't mature enough to survive outside of the uterus regardless of whatever intervention was done. So I felt that cutting the umbilical cord played no role on [sic] the survival of the infant, because the baby was deemed to be not able to survive."

The second prosecution expert, obstetrician and gynecologist Dr. Glenn Salkind, wrote in an affidavit that "the fetus was not viable at the time of the termination of pregnancy." Gonzalez also quoted from the death certificate produced for the infant, which wrote that "the medical examiner concluded the cause of death was extreme prematurity and the manner of death to be natural."

Whatever one's subjective moral viewpoint, a non-trivial difference does exist between a set of circumstances in which a fetus, intended for abortion, is instead delivered alive and breathing and has a chance of surviving with the help of medical intervention, as compared to a fetus that perhaps momentarily struggles to gain breath or twitches but has no realistic prospect of surviving beyond a couple of minutes, regardless of what life-saving efforts take place.

This is not to defend or condemn one course of action over another, including the decisions made by clinic staff including Gonzalez, but rather to simply point out that a difference does exist where fetal viability comes into question.

From an ethical point of view, it is worth noting that, at the time she cut the umbilical cord and disposed of the baby, Gonzalez may or may not have been aware of the fact that, as medical professionals later attested, the fetus was non-viable and had no realistic hope of survival.

Even if her own experience and knowledge reliably informed her that the fetus could not survive, cutting the umbilical cord and disposing of the remains was not the only course of action immediately available to her. She could, for example, have endeavored to provide as much comfort as possible to the baby in the circumstances, or sought a second opinion from a licensed medical professional, and so on.

In the context of this fact check, and the claims made by Smith, LifeNews, and others, it is important to note that their description of the incident — the baby was "born alive" and "gasping for air" before being disposed of by clinic staff — likely gave many readers the impression that the baby had a chance of survival and may well have lived had Gonzalez not taken the actions she did. That was not the case, as attested by medical experts hired by prosecutors against Gonzalez, and therefore this element of those descriptions had a tendency to be misleading.

In 2011, prosecutors accepted Gonzalez' motion to dismiss the charges against her, writing that the evidence available was not sufficient to refute the defendant's claims. Eleventh Circuit Court Judge John Thornton dismissed the charges against Gonzalez in March 2011.

Williams also took a civil case against the clinic and several of its staff (including Gonzalez and Renelique, the doctor who was schedule to perform the second part of the abortion procedure in July 2006). She sued them for professional malpractice in 2009, but the case was dismissed in 2012.