No, 229 Christian Missionaries Were Not Sentenced to Death in Afghanistan

In the midst of the Taliban takeover of Afghanistan in August 2021, a bogus, 12-year-old prayer chain about imperiled missionaries was revived on social media. 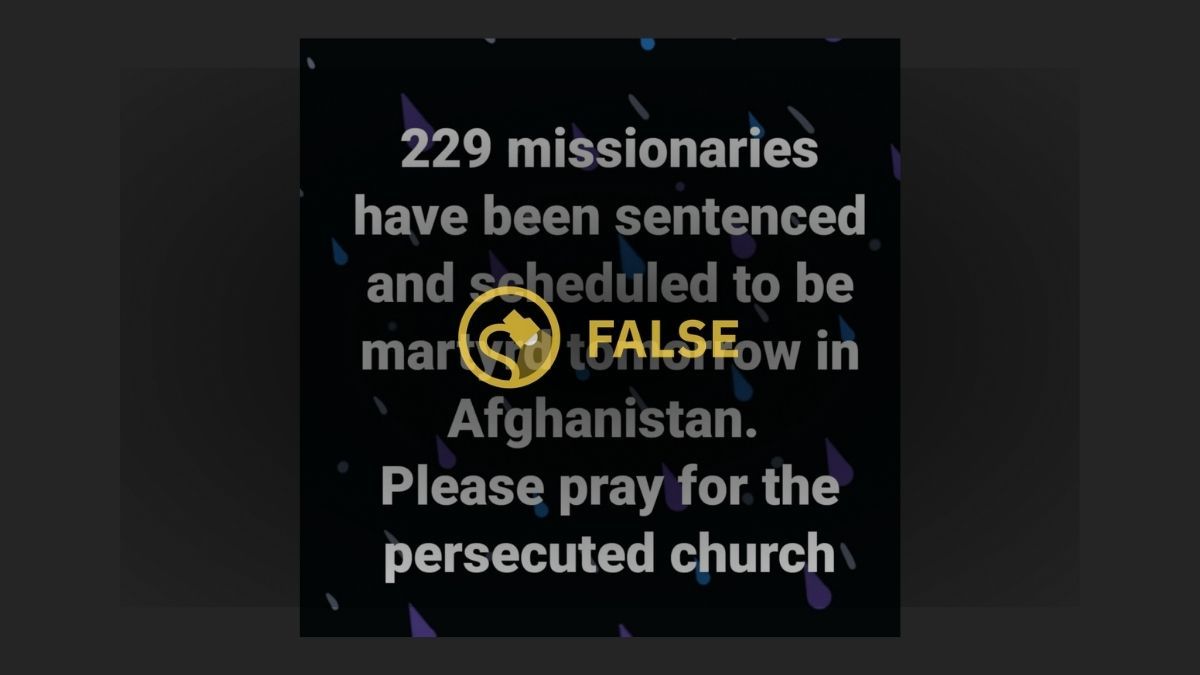 Claim:
229 Christian missionaries (or missionary families) are about to be executed in Afghanistan.
Rating:

In August 2021, as Taliban forces took over Afghanistan in the wake of the U.S. military's withdrawal from that country, a prayer request on behalf 229 Christian missionaries allegedly sentenced to death because of their religion circulated on social media.

Did you hear about this?

I just got an email from Calvary Chapel Chino Hills, pastor Jack Hibbs: Please pray for 229 Christian Missionaries who have been sentenced to death tomorrow afternoon by Afghan Islamists. This message was sent by Judith Carmona the Missionary from Chihuahua who is in Africa. The whole planet needs to unite in urgent prayer, also because the radical Islamic group has just taken Quaragosh, the largest Christian city in Iraq. There are hundreds of Christian men, women and children who are being beheaded. Prayer covering is being requested. PLEASE PRAY and and pass this on, they have asked for prayer!! These are new variations of a familiar meme, which we first identified as false in November 2009. The original prayer request claimed that 22 missionaries or missionary families were about to be "executed by Islamists in Afghanistan," and many variants have appeared in the intervening years.

We rate the latest variation as false as well, because, for example, the mentioned Islamist takeover of Qaraqosh, Iraq, occurred in 2014, demonstrating that this is a repurposed text from years earlier.