No, the 2022 Olympics Aren't Taking Place at Chernobyl

These photographs are real, but this isn't the site of a nuclear power plant, much less that of the Chernobyl disaster. 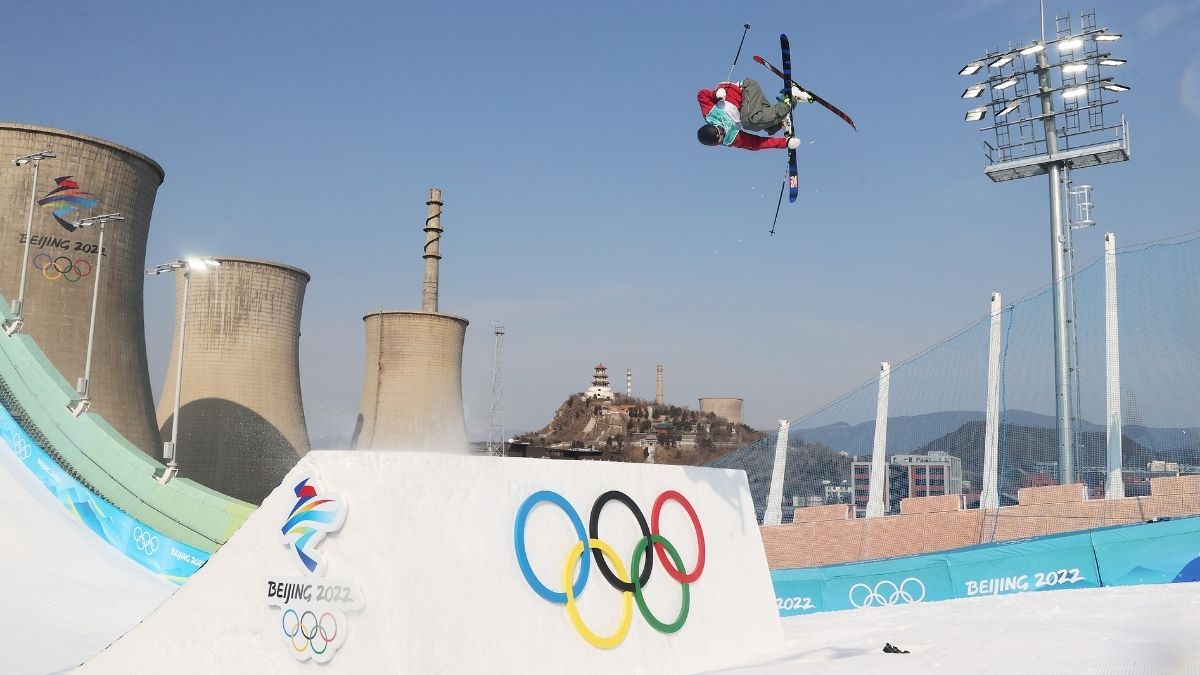 These photographs are real. However, the large structures in the background are part of an old steel mill, not a nuclear power plant.

In February 2022, as the Winter Olympic Games kicked off in Beijing, social media users were a little surprised to see that some of the ski events were being held on what looked to some like the remnants of the Chernobyl nuclear disaster:

While these tweets were likely posted in jest — the Chernobyl nuclear disaster took place in Ukraine in 1986, while the 2022 Olympics are bring held in China — many people appeared to believe that the large structures in the background belonged to a nuclear power plant. But that's not the case. Those structures are not nuclear silos. Rather, this ski event took place near an old steel mill, with furnaces, chimney stacks, and old silos visible in the background.

Behind the skiers launching themselves off the 60-meter-high (196-foot) ramp are furnaces, tall chimney stacks and cooling towers on the site of a former steel mill that for decades contributed to the Chinese capital's notoriously polluted skies.

The mill, founded in 1919, ceased operations more than 15 years ago, as part of efforts to clear the air in the capital ahead of the 2008 Summer Olympics.

According to NPR, some of those silos have been converted into office spaces, while others were used to make snow for the Olympic games. Steve Inskeep, the host of "Morning Edition," and reporter Emily Feng discussed the Olympics' steel mill setting:

Inskeep: The landscape of Beijing was once dominated by a sprawling steel and iron mill. The capital city of China decided to shut that down about a decade ago, except they did not tear it down

Feng: The massive concrete silos where workers once stored metal ores and coal are now sleek office spaces, and other parts have been converted into snow-making facilities.

Here's a video of American Colby Stevenson competing in this unique setting:

Lianne Kolirin, Nectar Gan and Tom Booth. “Is That a Nuclear Plant? The Story behind Those Towers at the Winter Olympics Big Air.” CNN, https://www.cnn.com/2022/02/08/asia/ski-jump-winter-olympics-beijing-climate-hnk-intl/index.html. Accessed 9 Feb. 2022.