Did Donald Trump's First Year as President See the Lowest Jobs Growth Since 2011?

A left-wing web site's January 2018 meme was based on data that were accurate at the time, but which have since been revised. 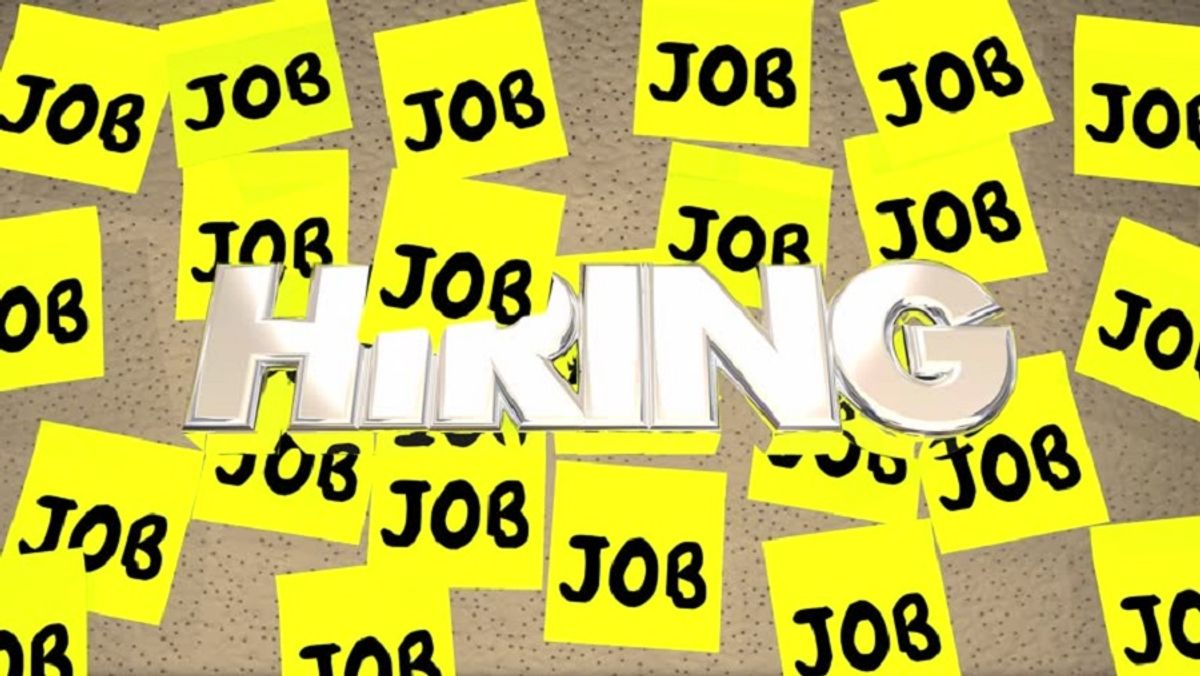 Claim:
In 2017, President Donald Trump's first year in office, jobs growth was the lowest it has been since 2011.
Rating:

The claim was true based on data that were accurate in January 2018, when the meme was first created.

President Donald Trump has made a point of touting positive economic figures as one of the most important accomplishments of his tenure so far, frequently citing the United States' gross domestic product (GDP) growth and low unemployment.

However, some critics of the president have pushed back against these claims, and in October 2018 a meme regained popularity on social media which appeared to show that jobs growth had actually declined under President Trump as compared to Barack Obama's second term between 2012 and 2016:

You might have noticed that some of the figures that ended up in Democratic Underground's meme are slightly different than those in MSNBC's report. This is because the meme appears to have been created before MSNBC added a correction to their article and adjusted some of the figures.

We analyzed the data again and got slightly different results from those included in both the meme and MSNBC's updated report. However, this does not appear to be due to an error on the part of MSNBC, but rather a function of the fact that the Bureau of Labor Statistics (BLS) revises monthly employment data repeatedly.

The question of how much credit or blame presidents should get for the performance of the economy under their tenure is a messy and longstanding one, and not something we'll be addressing here. (A good resumé of the current "Trump vs. Obama" debate can be found here.) This article is focused solely on the statistical claims made in the Democratic Underground meme and in MSNBC's analysis.

The measure typically used to track jobs growth (and the one used by MSNBC in January 2018) is the month-on-month or year-on-year change in seasonally adjusted "total nonfarm employment."

Every month, the BLS conducts an exercise called the "establishment survey," which involves collecting payroll data from a sample of around 150,000 private non-agricultural businesses and government agencies nationwide. These data are then used to calculate (among other statistics) the total number of people employed in all industries apart from agriculture.

In order to give a truer picture of employment trends, economists at the BLS (like their counterparts around the world) try to filter out the effects of seasonal changes (for example surges in youth employment during school and college vacations) by also publishing "seasonally adjusted" figures, which typically form the basis of analysis and commentary on what the BLS calls "the employment situation."

When we did that on 11 October 2018, we obtained the following results (a spreadsheet containing the relevant data can be downloaded here):

As a reminder, this is what Democratic Underground's meme presented:

The individual yearly discrepancies are not particularly great, but revisions to the data between January and October 2018 have had one significant effect: jobs growth in 2017 (2.188 million) was in fact the lowest since 2012 (2.151 million) not since 2011, as both MSNBC and Democratic Underground stated (accurately, at the time).

So where the meme proclaims "2017 was the worst year for job creation in six years," it should say "in five years," based on the updated figures. However, the meme accurately presents the underlying trend that 2017 did indeed see the lowest jobs growth in several years.