A satirical article reporting that the city of Chicago was working around the clock to clean up bullet casings from the street was mistaken for genuine news by some readers. 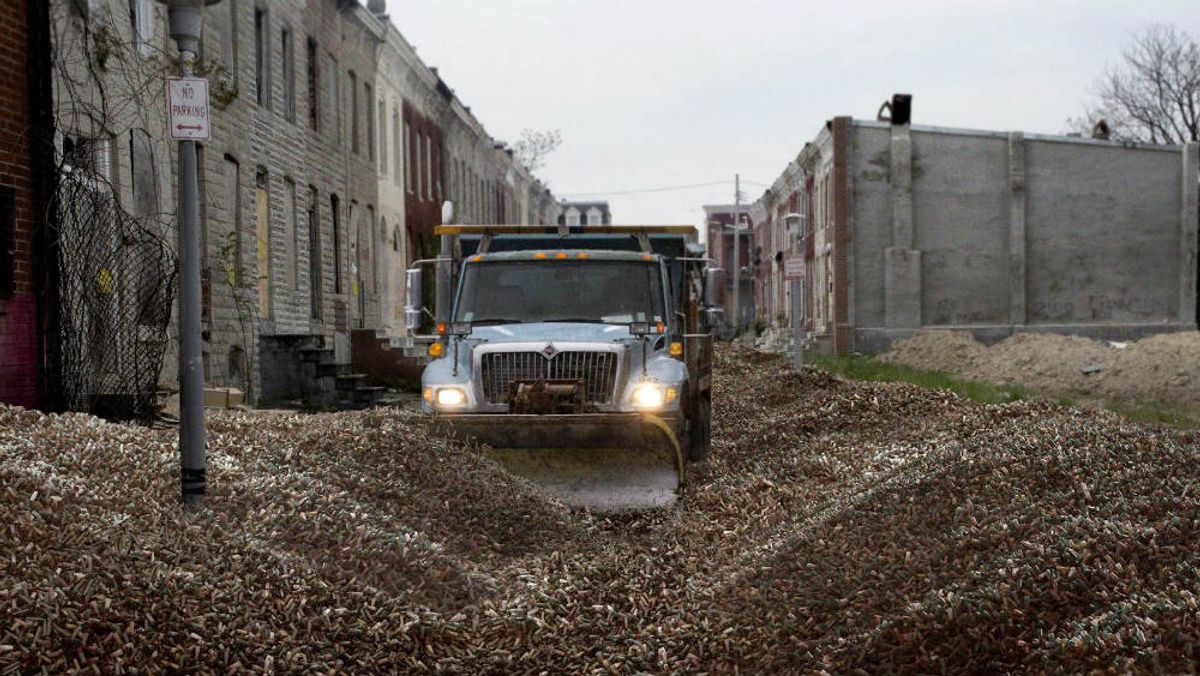 Claim:
The city of Chicago sent out "ammunition-removal vehicles" to clear a foot and a half of bullet casings from the streets.
Rating:

On 7 December 2016, entertainment web site The Onion published a satirical article reporting that the city of Chicago had sent out snowplows to clear more than eighteen inches of bullet casings from the streets:

Promising that every effort would be made to limit the impact on residents’ day-to-day lives, Chicago officials announced Wednesday that a fleet of plows was working around the clock to clear more than 18 inches of fresh bullet casings that had blanketed the metropolitan area overnight.

Sources at the city’s Department of Streets and Sanitation confirmed that over 250 ammunition-removal vehicles had been deployed to deal with the knee-deep layer of spent cartridges, which have been steadily accumulating on Chicago’s streets, alleys, and pedestrian walkways since the previous evening.

This article is a work of satire and does not describe a real event. The Onion is a well-known purveyor of satirical stories, but some people, unfamiliar with the site, mistook it for a genuine news item. However, it contains little truth. While there is an issue of violent crime in Chicago, the city does not employ "ammunition removal vehicles" to clear the streets of bullet casings.

This is not the first story from The Onion to fool its readers. The web site has previously published articles about Cuban refugees clinging to the bottom of Air Force One, SeaWorld transferring orcas in giant plastic bags, and Pokemon Go! characters screaming when they come within a mile of a sex predator.

Unlike fake news or propaganda outlets that often aim to mislead or scare their readers, The Onion is a genuine satire publication.