Did 174 Democrats Vote Against Barring TSA from Hiring Terrorists and Sexual Predators?

The "Rights for Transportation Security Officers Act of 2020" seeks to ensure that all TSA employees have access to protections afforded under Title 5. 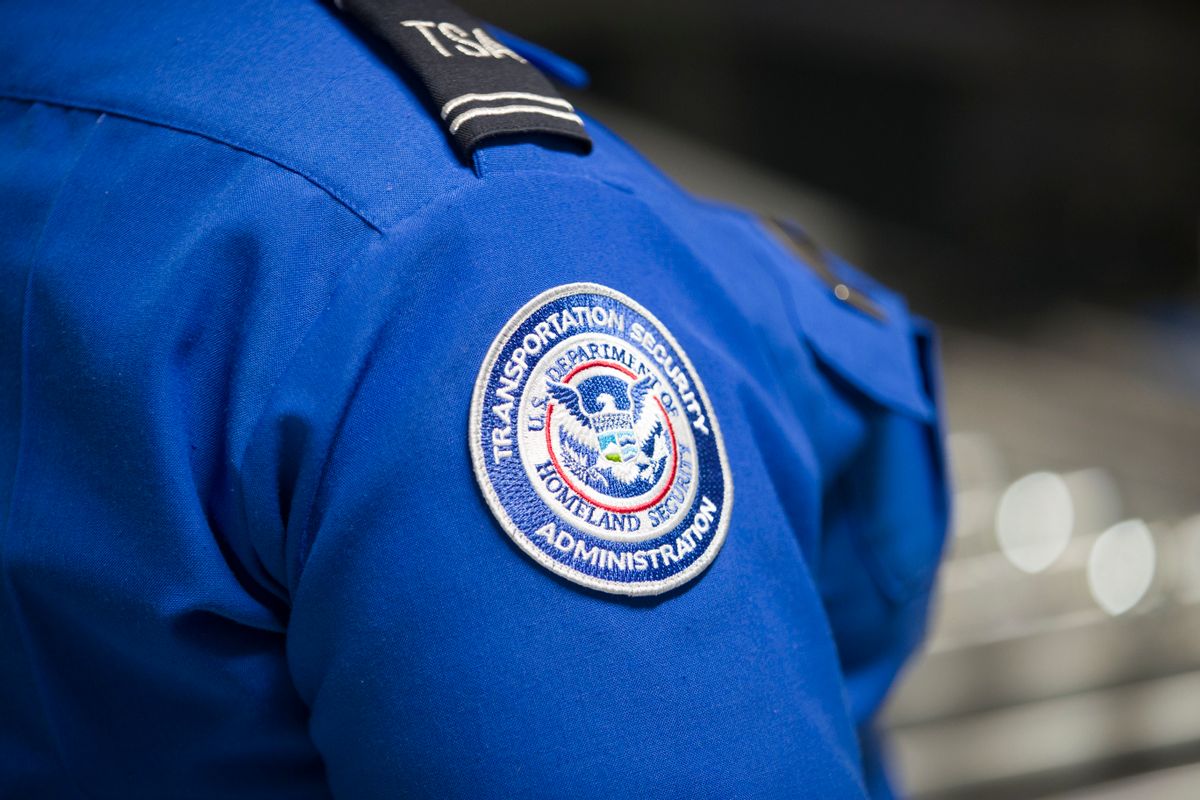 174 Democrats voted against allowing further amendments to H.R. 1140, including one amendment related to prohibiting TSA from hiring agents convicted of sex crimes and terrorism. Ultimately, the bill was overwhelmingly passed by Democrats and voted against by Republicans.

Despite voting against the amendment, Democrats were not opposed to barring TSA from hiring "convicted terrorists and sexual predators"; they deemed the amendment unnecessary because existing regulations already prohibited the hiring of such persons.

On March 6, 2020, Charlie Kirk, the founder of the conservative organization Turning Point USA, posted a tweet asserting that 174 Democrats had voted against a "bipartisan act to stop convicted terrorists & sexual predators from becoming TSA Agents": First of all, the bill in question was not a "bipartisan act to stop convicted terrorists and sexual predators from becoming TSA Agents." The bill — H.R. 1140, known as the "Rights for Transportation Security Officers Act of 2020" — was a Democratic-led effort to grant employees of the Transportation Security Administration (TSA) the same protections as other federal employees:

Several factors contribute to TSA’s morale and attrition problems. TSOs are among the lowest paid employees in the Federal government and receive minimal, infrequent pay increases. TSOs’ job responsibilities have grown increasingly demanding, requiring extensive training on advanced security technologies and long hours in crowded, stressful environments. In addition, TSA employees are not granted many of the basic workplace protections afforded most other Federal workers under the Title 5 personnel system. For example, TSA employees have limited options for filing workplace grievances and cannot appeal disciplinary actions to an outside third-party such as the Merit Systems Protection Board. Further, TSOs are limited in their ability to negotiate protections because it is not one of the limited issue areas for which TSA permits collective bargaining.

The "Rights for Transportation Security Officers Act of 2020" seeks to ensure that all TSA employees have access to the fair and transparent personnel system established under Title 5 of the U.S. Code. Under that Federal personnel system, TSOs and other employees would receive higher salaries as well as regular salary increases in future years. Employees would also receive access to MSPB processes and collective bargaining rights as are available to most other Federal workers.

H.R. 1140 was not "bipartisan," nor did it have anything to do with stopping "convicted terrorists and sexual predators from becoming TSA Agents." The latter aspect became part of the debate on the bill along with claims that changes wrought by H.R. 1140 could potentially affect TSA's ability to discipline employees involved in security violations:

Committee Republicans are concerned that moving TSA employees under title 5 would undermine the agency’s ability to perform its national security mission. According to information obtained from TSA, H.R. 1140 would hinder TSA’s ability to address serious instances of misconduct among the workforce. Under current law, the agency may exercise one-step removal for serious offenses such as intentional security breaches, theft, failure of drug and alcohol tests while on duty, or arrests for certain criminal offenses. Under H.R. 1140, an employee who knowingly allows guns or explosives through a security checkpoint would no longer be immediately fired.

H.R. 1140 would expand collective bargaining rights for TSA employees. As a result, security policies needed to protect the traveling public would be negotiable topics in union bargaining. Under current law, TSA can impose new security requirements, such as enhanced passenger screening when intelligence indicates credible threats. Under this bill, how those new security requirements are implemented could be subject to negotiation with the union.

At the last minute, Rep. Debbie Lesko, R-Arizona, made a motion to recommit with instructions (a mechanism used to amend a bill just before it is voted upon by the full House of Representatives) in order to add an amendment to H.R. 1140 related to the TSA's hiring of persons convicted of certain forms of crime:

The House proceeded with 10 minutes of debate on the Lesko motion to recommit with instructions. The instructions contained in the motion seek to require the bill to be reported back to the House with an amendment adding at the end of section 4 the rule of construction which states the Secretary shall ensure that the Transportation Security Administration continues to prevent the hiring of individuals who have been convicted of a sex crime, and offense involving a minor, a crime of violence, or terrorism.

The motion carried, and the version of the bill subsequently voted upon by the House accordingly included the following sentence: "During the transition period and after the conversion date, the Secretary [of Homeland Security] shall ensure that the Transportation Security Administration continues to prevent the hiring of individuals who have been convicted of a sex crime, an offense involving a minor, a crime of violence, or terrorism."

This amendment did not create any new or additional protections against the TSA's hiring of "convicted terrorists and sexual predators" as agents. (Existing TSA regulations already disqualify persons convicted of terrorism, rape, aggravated sexual abuse, and various violent crimes, among other offenses.) As the text of the amendment states, it calls upon the Secretary of Homeland Security to ensure that the TSA continues to prevent the hiring of [such] individuals, and as Lesko acknowledged, the amendment "preserves the authority the TSA currently has" and "simply ensures that current safeguards remain in place."

The vote that Kirk cited was not a vote on the bill itself, but rather a roll call vote on Lesko's motion to recommit with instructions (i.e., 174 Democrats were voting against the motion and thereby seeking to prevent additional amendments to the bill). Democratic critics contended during House debate that Lesko's amendment was an unnecessary "red herring," as the "TSA conducts rigorous background checks and will continue to do so":

Rep. Lesko: [A] bad actor TSA screener told a passenger to reveal her full breasts and lift her pants and underwear. The victim in the case stated that she complied with the TSO's instructions out of fear. Fortunately, this offender was immediately fired by the TSA. However, under this bill, H.R.1140, if it passed, this predator could be on the federal payroll for months or even years ... My amendment is simple. It would enhance aviation security and protect the flying public by preventing the TSA from hiring any candidate with a history of sexual misconduct, offenses involving minors, or terrorism.

Val Demings: Let me be clear, there is nothing in this bill that will allow the TSA to hire individuals who have been convicted of sex crimes or offenses against a minor, a crime of violence, or terrorism. Let me be clear, the example that [Rep. Lesko] cited, there is nothing that would have precluded this person from being hired in the first place. The behavior took place after the person was hired. This is a red herring. We decided not to offer this amendment because it simply isn't necessary. TSA conducts rigorous background checks and will continue to do so.

When the final version of H.R. 1140 — which included the amendment related to the TSA's hiring of persons convicted of sex- and terrorism-related offenses — was voted upon, it was overwhelmingly passed by Democrats (including by all four of the Democratic representatives named by Kirk: U.S. Reps. Alexandria Ocasio-Cortez, Ilhan Omar, Rashida Tlaib, and Steny Hoyer).

Only 14 Republicans out of 197 voted in favor of the amended bill and its language ensuring a continued prohibition on the TSA's hiring of persons convicted of sex crimes or terrorism, while not a single Democrat voted against it:

The bill now goes to the Senate for consideration.