Was a Giant, 14-Pound Possum Killed in Minnesota?

There might be some forced perspective at work here, but this is still one giant possum. 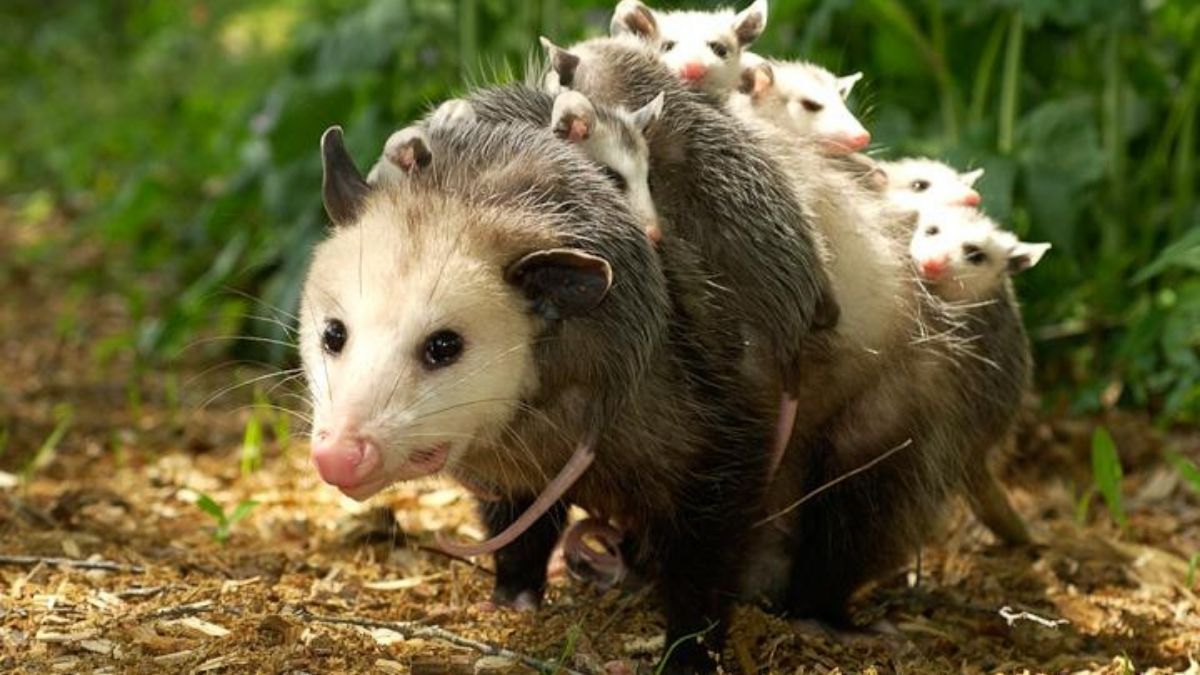 Image Via Missouri Department of Conservation

In December 2021, a photograph supposedly showing a man holding a 14-pound possum started making its way around the internet:

As social media is full of misleading pictures that supposedly show unusually large animals (such as this "jungle centipede," this "42-pound frog," this 28-foot long crocodile, and this ginormous President Joe Biden), some were skeptical that this possum was truly as large as it appeared in this picture. While there may be some forced perspective at play here, this truly is a 14-pound possum.

"Forced perspective" is a term used to describe a sort of optical illusion where an object appears in an image to be a different size than in reality. For example, think of photographs where normal-sized people are "pushing" against the Leaning Tower of Pisa. This man appears to be the size of the tower because he is standing much closer to the lens than the actual tower. While the possum in this viral photograph may appear a bit larger in this photo due to forced perspective (the person appears to be holding the animal out toward the camera), this is truly a 14-pound possum.

The photograph shows Dan Antilla of Linwood, Minnesota, after he killed the unusually large possum (side note: this is not an R.O.U.S., or rodent of unusual size, because the possum is actually a marsupial) that had broken into his chicken coop.

“I thought it was a fox, but it was weird that the chickens weren’t disappearing,” Antilla tells F&S, noting that he was finding large holes in the fencing. “I was getting so mad that the chickens kept getting out and up onto my patio and pooping on it. I finally went and wrapped a new set of chicken wire around the bottom of the coop.”

As the sun was about to set later that day, the egg thief returned and tried to find a new way into the coop. The possum had normally raided the coop during the night when it was too dark to see, but this time, there was still plenty of daylight for Antilla’s wife to spot it. “She was yelling to me ‘there’s a huge possum out here! Get rid of it,’” he says. “I ran and grabbed my .22. I ain’t gonna lie, when I opened up the door and looked over at the chicken coop, I was like ‘holy cow, it looks like a little bear!’

Antilla weighed the animal at 14 pounds, 2 ounces. While this is certainly a large possum, its size isn't completely unheard of. A full-grown possum tends to weigh between eight and 12 pounds. However, larger specimens have been recorded. In 2016, for example, a possum weighing 16 pounds, 2.6 ounces was recorded in Missouri.

Ryan Berg, a friend of Antilla, shared additional pictures of the big possum to Facebook: