11 States Ban the Use of Electronic Cigarettes in Vehicles?

A fake news site stirred up concern among vapers with a false claim that eleven states had banned the use of e-cigarettes inside automobiles. 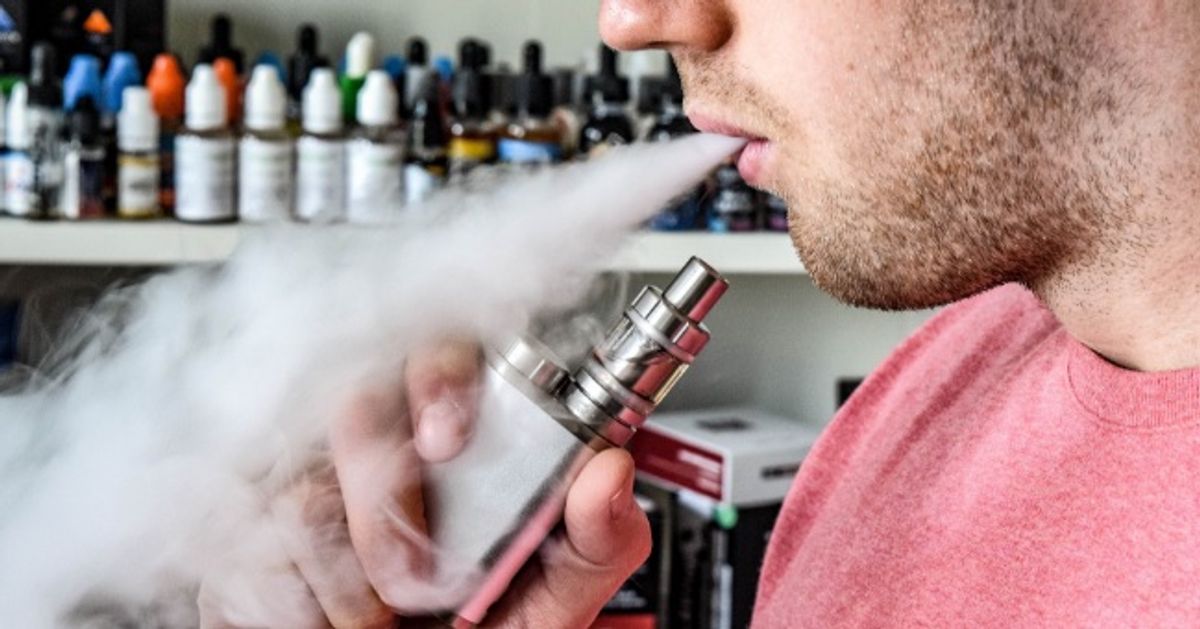 Claim:
Eleven states have banned the use of electronic cigarettes inside cars.
Rating:

On 28 August 2016, the web site Associated Media Coverage reported that eleven U.S. states had outlawed the use of electronic cigarettes inside cars:

Eleven states working in conjunction with the U.S Department of Transportation (D.O.T) have agreed to implement an ordinance banning the use of electronic cigarettes in vehicles – meaning if you are a resident of one of the impacted states, you will be prohibited from utilizing an electronic cigarette while inside your vehicle.

The U.S Department of Transportation, who admittedly placed pressure on state officials to implement the ordinance within their respective states are hopeful that representatives across the country will take notice and agree to implement and enforce a similar ban by early 2017.

According to Colton Husker, a U.S Department Transportation representative, the ordinance was born out of a necessity to keep drivers safe. According to statistics published on the D.O.T website, approximately 5,834 automobile fatalities related to distracted drivers occurred across the country throughout 2015. This is an almost 30% increase to the 4,523 fatalities reported in 2014. The statistics found on the D.O.T website indicate that approximately 57% of all automobile fatalities in both 2014 and 2015 were reportedly caused by distracted drivers. According to Husker, drivers are becoming increasingly more distracted by the use of electronic cigarettes as the devices are becoming more popular.

Included with the article was a list of purported penalties for non-compliance with the new laws, including fines and suspension of driving privileges:

Notably, no other news outlet reported on the multi-state law purportedly affecting drivers across the country despite the widespread popularity of e-cigarettes. That's because the report was false: Associated Media Coverage is a fake news site that typically spreads fabrications pertaining to non-existent laws and statutes which would affect a specific subset of the population. Prior falsehoods from the site include tales of a looming motorcycle curfew in March 2016, a motorcycle speed ban in August 2016, an impending FDA e-juice ban not long after that, and a claim several jurisdictions were codifying a "two pet maximum" ordinance (meaning many households would be forced to rehome beloved pets).

Associated Media Coverage has expanded its scope into darker fabrications alongside claims like the electronic cigarettes in vehicles ban, promulgating alarming but false stories about a transgender bathroom controversy-related shooting (while the general issue was debated nationwide), Casey Anthony opening a home daycare center, and a dead newborn located in a Walmart DVD bin. While many fake news sites feature disclaimers informing readers their content is falsified, Associated Media Coverage does not.