Did a 101-Year-Old Woman Give Birth After an Ovarian Transplant?

A Reddit user's personal photo was used in a fabricated claim about a 101-year-old mother who gave birth at an advanced age thanks to an ovarian transplant. 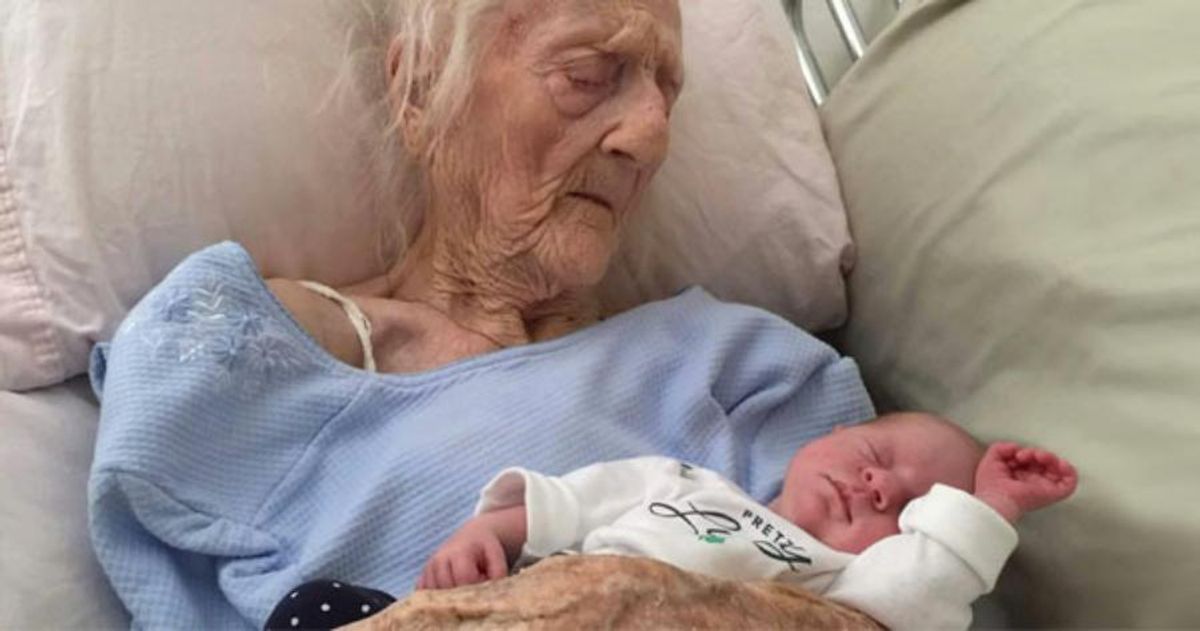 NAPOLI | Anatolia Vertadella, a 101-year-old Italian woman, has given birth to a 9-pound baby after a controversial ovary transplant widely criticized by medical professionals because of her advanced age, reports the Rivista Napoli.

The illegal and controversial surgical operation was done in a private clinic in Turkey, where European laws on ovary transplants do not apply, admits the centennial mother who does not wish to disclose the name of the clinic where the operation was undertaken.

“I am very grateful to all the team of doctors who decided to go on with the operation,” she admitted in tears. “I am so grateful to have given birth to my 17th child. This is a true blessing and a testament to the power of the creator,” she told local reporters.

As with all of World News Daily Report's content, the claim was completely fabricated. The article swiped an unrelated image from a Reddit thread with the title, "101 years difference." In that thread, the top-voted comment claimed:

For anyone interested, I posted this on here 2 days ago. This is a picture of my cousin's two week old baby. It captures a truly profound moment. I know there are a shit ton of misanthropic redditors out there that would much rather stare at dog pictures all day, but I think this is fucking beautiful.

World News Daily Report regularly publishes outlandish and false claims alongside repurposed photographs in order to attract social media shares, traffic, and the ad revenue that the stories generate. Its disclaimer plainly states that the site's articles are fabricated: