The $1,000 bill may not look familiar to most Americans because it hasn't been produced in decades. 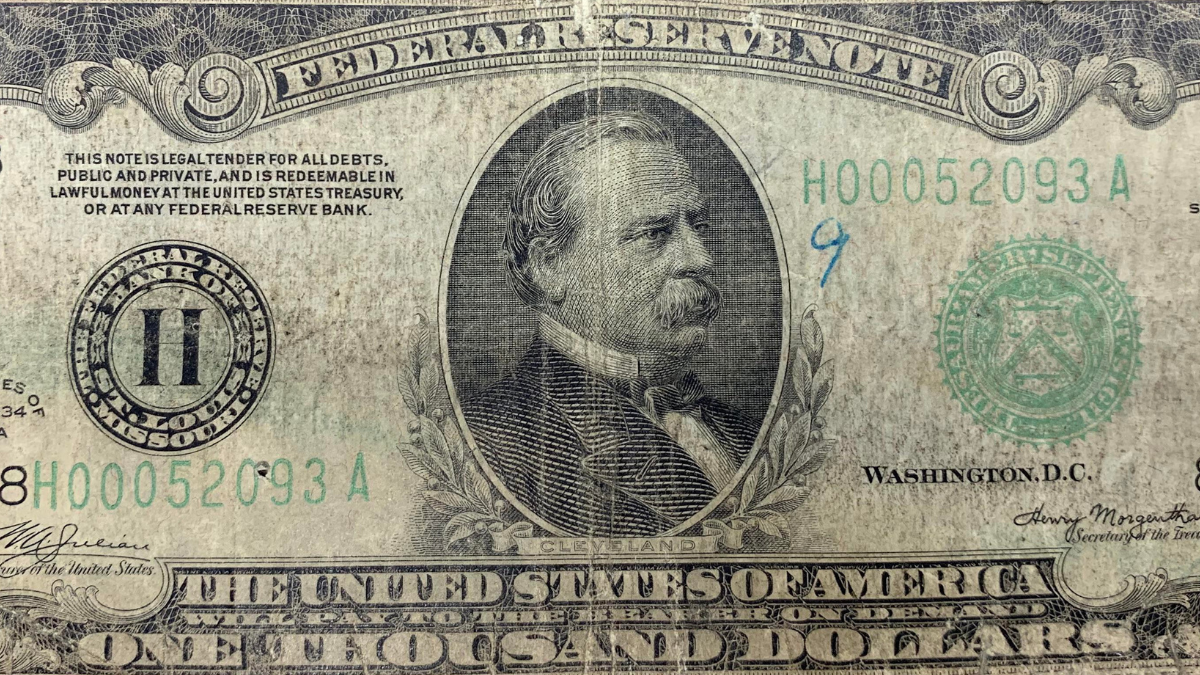 In February 2022, a picture showing a curious piece of currency, a $1,000 bill featuring the face of 22nd and 24th U.S. President Grover Cleveland, was circulated on social media: While thousand-dollar bills may not be a familiar sight to modern audiences, the United States truly produced a $1,000 bill featuring Cleveland in 1928 and 1934. As for this specific bill, this photo was first posted to Reddit in August 2020 by a banker in a post explaining that the bill was brought in to be deposited by a customer. The bank teller, according to the post, informed the man that this bill was likely worth much more than $1,000 and encouraged them to sell it to a collector:

Customer brought in a 1934 thousand dollar bill. After ten years in banking finally got to see one in person ... told him I could accept the bill but only at face value. Really tried to steer him to find a collector or someone else because he could get more for it, even in that condition.

Cleveland first appeared on the $1,000 bill in 1928. Here's a newspaper clipping from 1928 announcing the new currency, including two larger denominations, a $5,000 bill featuring President James Madison and a $10,000 bill featuring Salmon P. Chase, a former governor, senator, Supreme Court justice, and secretary of the treasury.

Side note: While the $10,000 bill was real, it did not feature the words "HAIL SATAN" in small print around its edges, as online rumors claimed in 2017.

Cleveland wasn't the first person to be featured on a piece of American currency worth $1,000. The National Museum of American History's Numismatic Collection features a few other legal tender notes in that denomination. For example, a $1,000 note featuring Robert Morris, a financier and founding father known as "Financier of the Revolution," was produced in 1863. Alexander Hamilton, the first U.S. secretary of the treasury, was also the face of a $1,000 note in 1918.

The Cleveland bills were last printed in 1945, and officially discontinued in 1969 due to a "lack of use," according to the U.S. Department of Treasury's Bureau of Engraving and Printing. While we can't say for sure why these bills fell out of favor, a newspaper article from 1946 described the air of suspicion that surrounded people who paid for things with $1,000 bills. 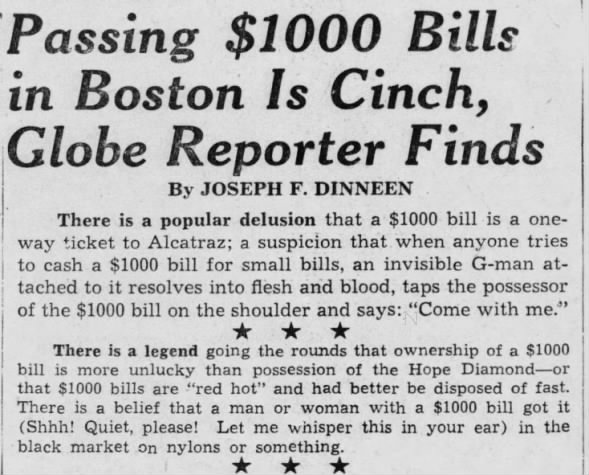 While the reporter in the above-displayed story found that these suspicions were largely exaggerated (he was able to use $1,000 bills without a problem), the $1,000 bill's connection to nefarious activities, justified or not, stretches back to the early 1900s: 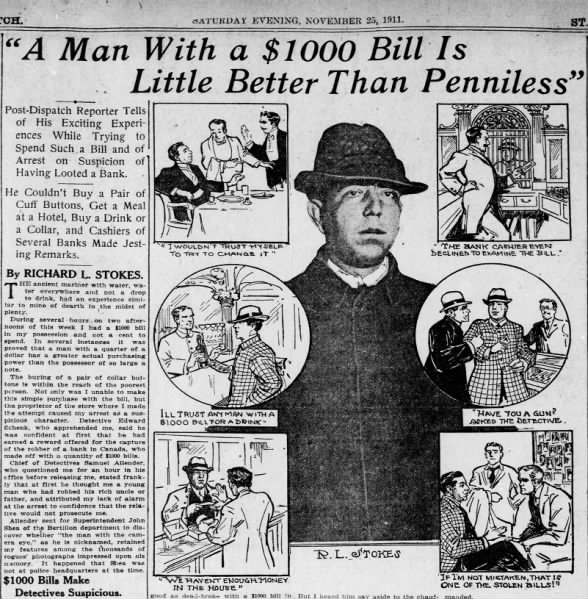