Rumors of a visit from time traveler from the year 2036 have floated around online since 2000. 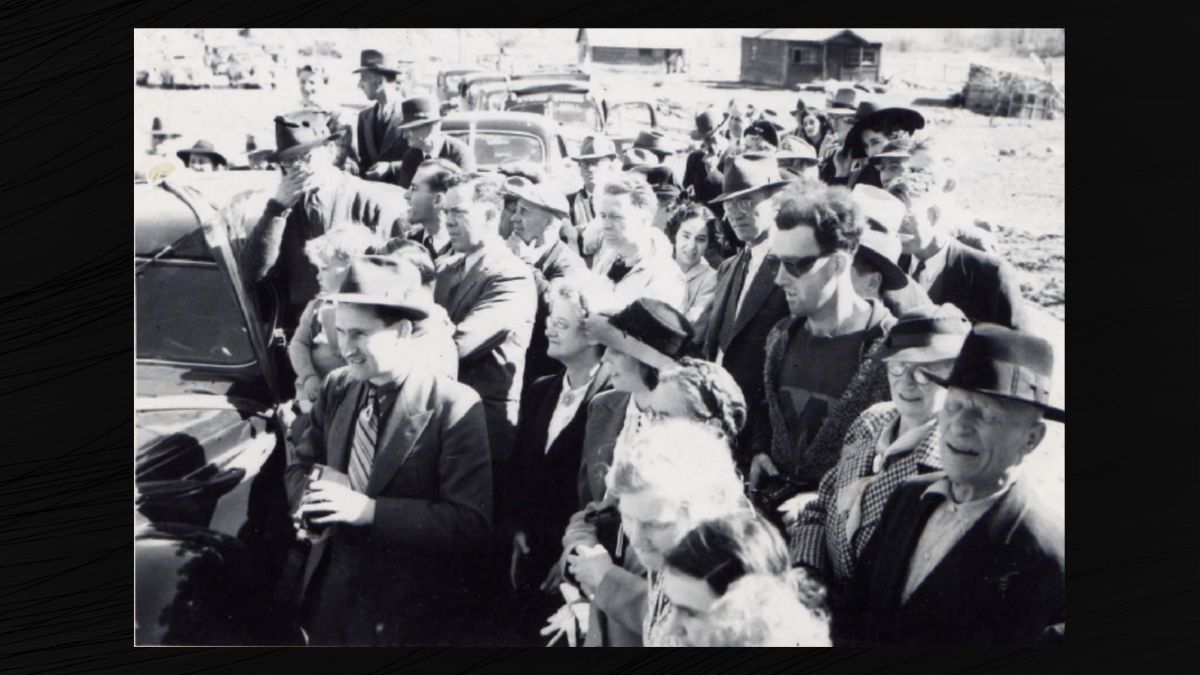 In the early days of the internet, a user who went by the name John Titor started popping up in various channels, claiming to be a time traveler sent from the year 2036 by the U.S. government, and bearing warnings about a dark future ahead.

It's an "internet mystery" that has had staying power through the years, so much so that some have linked it to a genuine photograph taken in 1941 that appears to show a man wearing clothing from the 2000s, claiming that man is John Titor. Here's one example of from the social media site Imgur: 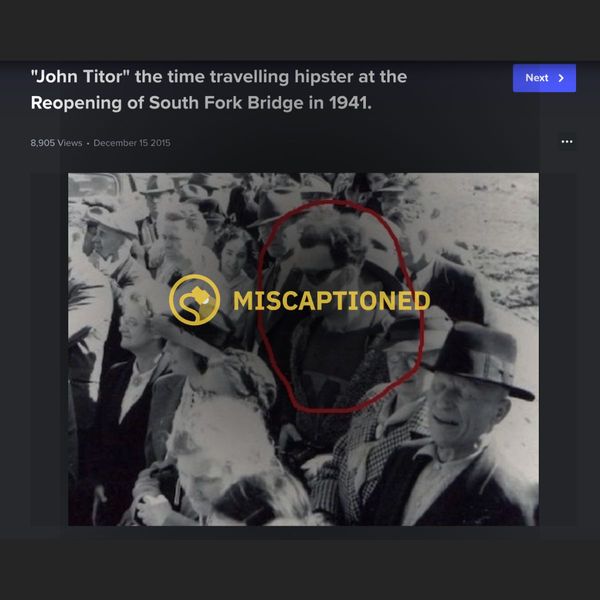 We'll look at the origin of both the John Titor conspiracy theory below.

Who Is John Titor?

It all started on Nov. 2, 2000, when an internet user with the handle Timetravel_0 began posting on a forum, claiming he came from the future and had just stopped by at the turn of the century while on task to retrieve an IBM 5100 computer system from 1975.

"My 'time' machine is a stationary mass, temporal displacement unit manufactured by General Electric. The unit is powered by two top-spin dual-positive singularities that produce a standard off-set Tipler sinusoid," he wrote.

The user later began posting on forums using the name "John Titor," generating a lot of curiosity and interest. The story was covered extensively by the popular supernatural- and conspiracy-themed radio show "Coast to Coast," hosted by Art Bell.

On March 21, 2001, Titor stated he was returning to 2036 and stopped posting messages. He hasn't been heard from since.

No one has ever taken credit for creating John Titor, nor has anyone been definitely proven to have posted as the time traveler. Sleuths have since attempted to trace the messages, with an Italian investigative TV show called "Voyager" pointing to a eponymously-named John Titor Foundation, which published a book presenting the Titor story as real, and an entertainment lawyer named Lawrence Haber, who some theorize was the mastermind of the John Titor phenomenon from the start.

Where Did the Photo Come From?

As we previously reported, the photograph above, in which the alleged time traveler allegedly appears, doesn't show any such thing. Though the man in the photograph may appear to some modern viewers to be dressed in anachronistic attire and out of place in 1941, all of the articles of clothing he's wearing in the picture, from the sunglasses to the Montreal Maroons shirt, were readily available at that time.

The photograph was taken in Canada at the reopening of the South Fork Bridge and was part of the Barlorne-Pioneer Museum's exhibit called "The Past Lives Here," which started in 2004. Perhaps predictably, fantastical theories about the picture's contents took off after the museum digitized it and placed it in its online collection.