Here's How to Authenticate Viral Quotes Attached to Historical Figures

Nothing gives a quotation more gravitas than a famous name attached to it. 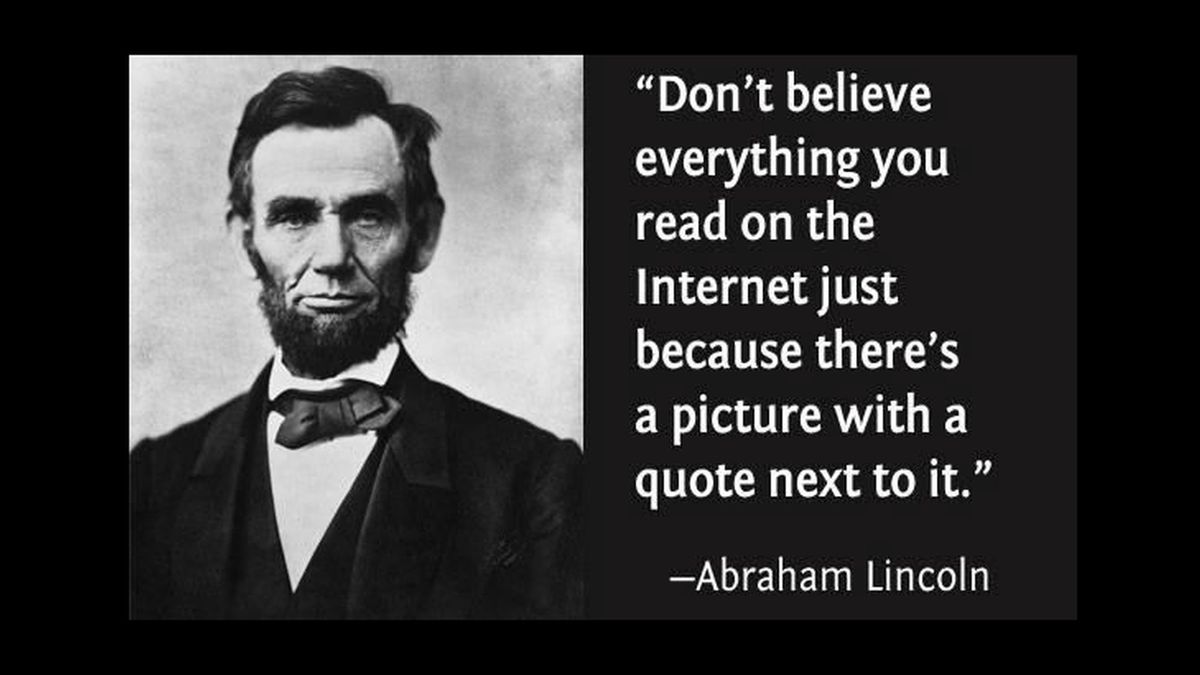 This page is part of an ongoing effort by the Snopes newsroom to teach the public the ins and outs of online fact-checking and, as a result, strengthen people's media literacy skills. Misinformation is everyone's problem. The more we can all get involved, the better job we can do combating it. Have a question about how we do what we do? Let us know.

As Abraham Lincoln once said, "The trouble with quotes on the internet is that you never know if they are genuine." OK, obviously Lincoln didn't really say that, but the point is well taken: The internet is rife with pithy quotes and sayings attributed to famous historical figures who never said them.

Lately, the Snopes newsroom has addressed a bumper crop of misattributed political quotes, right around the time of the recent U.S. midterm elections. Attaching, say, a Founding Father's name to an otherwise pedestrian political opinion lends the statement an artificial gravitas and commands attention. Sadly, Thomas Jefferson and George Washington (to name just two) never said many of the things attributed to them on the internet.

Authenticating such quotes is basically a process of elimination. It starts with a series of searches to find where and when the passage has (or hasn't) appeared before on websites, in books and periodicals, and in historical archives, and to whom it has (or hasn't) been previously attributed. Sometimes we find that there's no record of a quote's existence predating the internet and social media — a strong indication that a statement credited to a long-dead historical figure is simply a fabrication or a modern misattribution. Sometimes we find that the historical record straightforwardly confirms the attribution. And, sometimes, we find that a quote has a long, traceable history but originated with someone other than the person(s) it has been attributed to.

This is where the contributions of biographers, historians, author archives, and presidential libraries are invaluable. Not only can we check our results against theirs, we can rely on their knowledge and expertise to draw a conclusion. Though we're not always able to identify the original source of the in-question remark, we can usually say with high confidence when a historical figure didn't say something attributed to them, which was the primary goal of the investigation in the first place.