No, the Kansas Town of Stull Doesn't Contain a Portal to the Netherworld

But it does contain a fine for trespassing if you go looking for it. 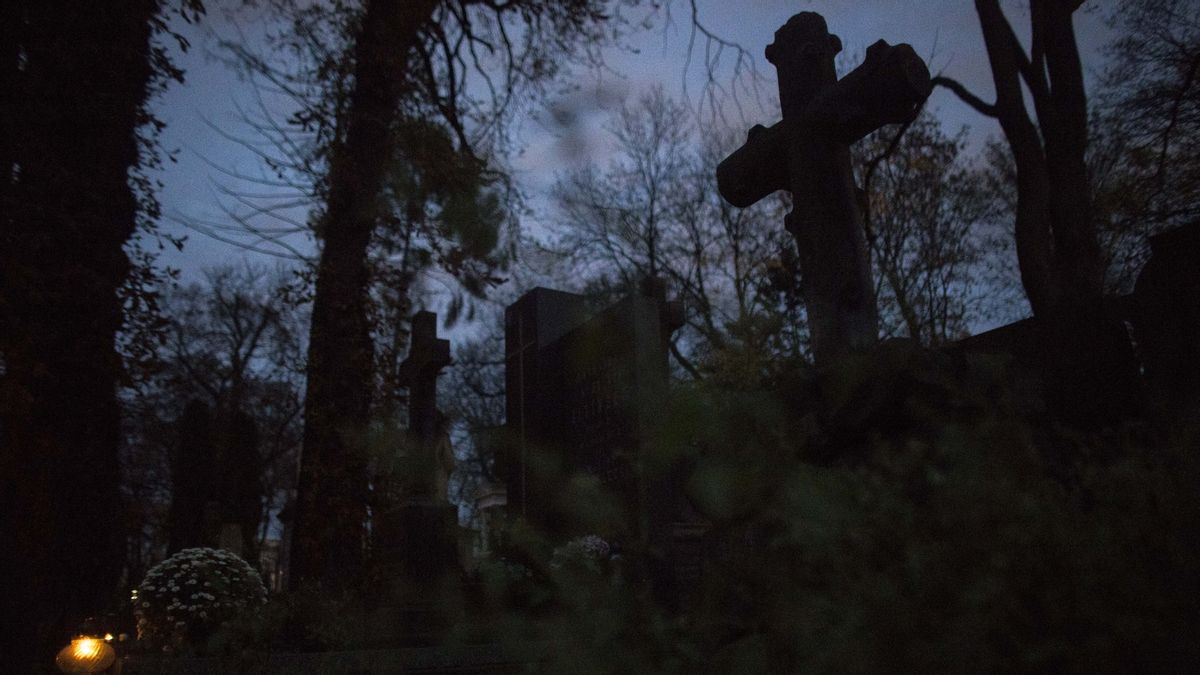 It sounds like a story ripped from the pages of an episode of the teen horror television show "Buffy the Vampire Slayer": A sleepy town is haunted by demonic forces, owing to the fact that one of seven gateways to hell is situated in the town's cemetery.

That town is Stull, a community halfway between Lawrence and Topeka, Kansas. But there's no evidence the town or anything in it is haunted. It's an urban legend that has been floating around since 1974, to the annoyance and sometimes the grief of the town's residents.

Here is a breakdown of the urban legend surrounding the town.

Where Did the Story Start?

Local historian Paul Thomas traces stories of the town's haunting to a mishap with an article printed in a college newspaper in 1974.

That newspaper, The University Daily Kansan, is produced and circulated for the University of Kansas. And according to Thomas's research in the book "Haunted Lawrence," the legend of the Stull haunting started with an article published by that newspaper on Nov. 5, 1974, titled "Legend of Devil Haunts Tiny Town."

The story cited local lore to report that strange happenings occurred in the town on Halloween and that the Devil, being apparently both habitual and punctual, appeared there every spring equinox.

But the article, according to Thomas' research, was intended to be a scary fiction for the paper's Halloween edition. Due to a paper shortage, however, it was printed almost a week after Halloween. Being out of its intended context, the story took on a life of its own.

A related urban legend that grew out of the Stull tale holds that when flying to Denver in 1993, Pope John Paul II had his pilot fly around Stull because the Pope didn't want to fly over "unholy ground." The incident was allegedly reported by Time magazine, although there's no evidence any such Time article ever existed.

It's true that the Pontiff visited Denver, Colorado, in 1993 for a youth conference there. The visit to Denver was part of a transatlantic trip that took John Paul from Jamaica to Mexico to Denver. It's unclear whether flying from the Yucatan Peninsula, where the Pope was visiting indigenous Mexican Catholics, would have even required him to fly over Kansas. Nevertheless, there is no evidence the Pope's plane diverted from flying over Stull at all, let alone because of an alleged haunting.

Stairway to the Netherworld

Allegedly, Stull is home to a set of stairs that lead to the netherworld. Paranormal travel site Weird U.S. touts:

The basic premise of the legends regarding Stull go like this: somewhere within the tiny, run-down Stull cemetery is a set of hidden steps which descend directly to the netherworld itself. The steps are nearly impossible to find, and are covered by a hidden seal which only opens on Halloween and the Spring Equinox. If one does manage to find these steps, they should never venture down them, for it is impossible to ever return.

Unsurprisingly, Thomas observed that the alleged stairs (if one suspends logic and plays along with the idea that non-corporeal beings would need stairs) would change depending on who was relaying the story. Some stated they were "near or behind" an abandoned, and later demolished, chapel. Others claimed they were in the burial plot belonging to Geneva Stull.

Either way, there's no evidence for a set of supernatural stairs in Stull, but the idea of such portals to non-earthly realms isn't a new one. A popular claim Snopes debunked in 1998 alleged that scientists stumbled into hell through a deep hole in Siberia. In 2022, Snopes debunked another viral rumor that scientists opened a portal to another dimension with a particle accelerator at a research facility in Europe.

And, as noted earlier, a key part of the plot of the TV series "Buffy the Vampire Slayer" is that vampires are infesting Earth through a "hellmouth," which is just another way of saying "portal to the netherworld."

Our conclusion is that the haunting of Stull is an urban legend that started with a very un-spooky, fumbled rollout of a college newspaper article that was intended to be Halloween fiction. There is no evidence of haunting or supernatural events. Nor is there any reason to go to Stull and disturb the locals looking for such things.

Local news site Lawrence.com reported in 2004 that thanks to the legend, Stull residents have seen the graves of their loved ones vandalized by thrill-seekers. "Go bowling or something ... leave our cemetery alone," one resident told the outlet.

Lawrence.com also credited revelers expecting the devil to show up for his yearly spring equinox appointment to the fact that the dilapidated old cemetery chapel had to be demolished in 2002, crushing any local hopes that it would be renovated. The website relayed the sad story of a father who wept upon hearing that reckless ghost hunters had knocked over his deceased son's headstone.

All the mischief has resulted in the cemetery being locked down and closely monitored by local law enforcement. Trespassing on the grounds brings a diabolical $1,000 fine and up to six months in jail.

"The Legend of Stull." The Culture Crush, https://www.theculturecrush.com/stull. Accessed 1 Dec. 2022.