Do US Southerners Paint Porch Ceilings Blue to Ward Off Ghosts?

Using blue paint on Southern homes allegedly originated with the Gullah community, the descendants of enslaved Africans in the South. 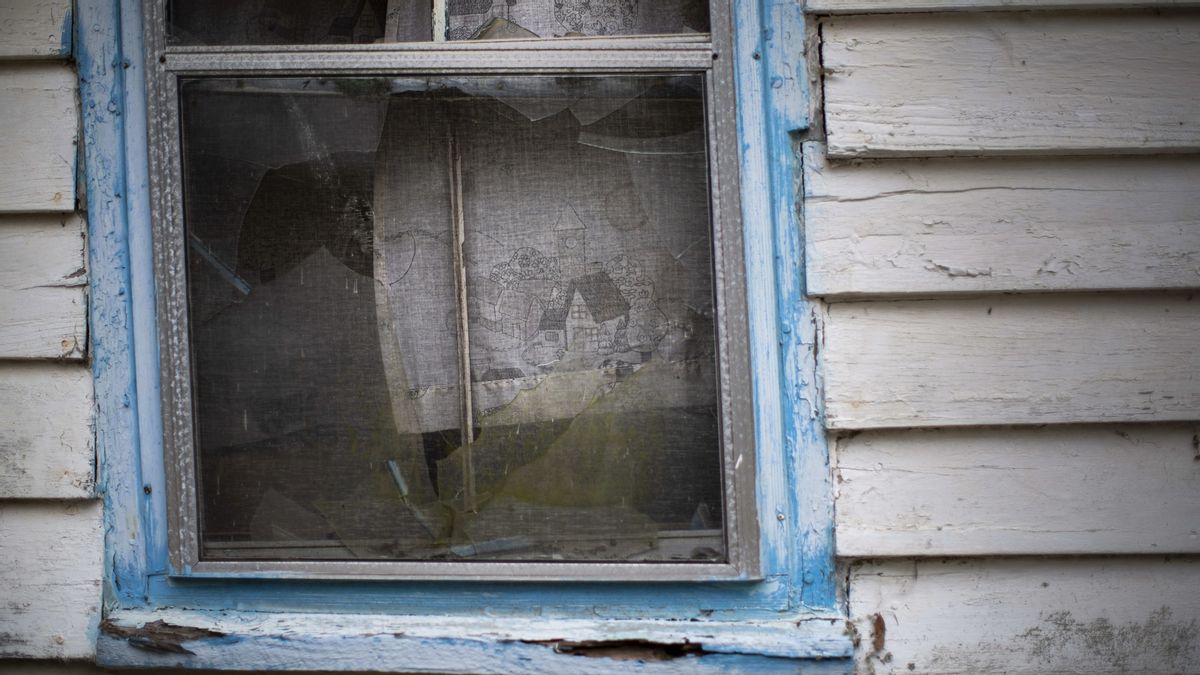 In recent years, various media outlets have published commentary on a custom in some parts of the U.S. South in which homes have light blue paint on exteriors, particularly porch ceilings, eaves, doors, and shutters. The blue in question is often a soft, robin's egg shade, and is known as "haint blue."

"The Prettiest Shade of Haint Blue for Your Front Porch," a 2022 headline for lifestyle publication Southern Living touted, for example.

The article and others like it report the custom of painting homes blue originated with the Gullah community, descendants of enslaved Africans who have historically inhabited the Sea Islands in Lowcountry, a chain of islands lining the coasts of South Carolina, Georgia, and Florida. And the reasons for doing so are supernatural.

The color on porch ceilings has a name — haint blue. The word "haint" basically means evil spirit or haunt, and the color blue is intended to confuse any such specter.

As the travel and culture site Atlas Obscura documented in 2020, the color is intended to ward off ghosts, or "haints":

This "haint blue," first derived from the dye produced on Lowcountry indigo plantations, was originally used by enslaved Africans, and later by the Gullah Geechee, to combat "haints" and "boo hags"— evil spirits who escaped their human forms at night to paralyze, injure, ride (the way a person might ride a horse), or even kill innocent victims. The color was said to trick haints into believing that they've stumbled into water (which they cannot cross) or sky (which will lead them farther from the victims they seek). Blue glass bottles were also hung in trees to trap the malevolent marauders.

As Atlas Obscura further noted, because the color was produced with indigo plants grown on plantations by the labor of enslaved people, the tradition is also steeped in trauma.

But the Atlas Obscura article quotes Louise Miller Cohen, founder of the Gullah Museum on Hilton Head Island in South Carolina, who said she had never heard of any such tradition mentioned in her family.

"People are saying that we paint our houses blue to ward off the evil spirits. If that was true, all the houses on the island would be painted blue," Cohen is quoted as saying.

In 2019, the Charleston newspaper The Post and Courier reported that the earliest newspaper mention of "haint blue" located by architectural historian Christina Butler was recent, in 1985. Our own search for reputable sources on the topic mostly turned up travel-destination articles, home decor-themed stories like the Southern Living one linked above, and blog posts by paint companies.

The article raises questions about whether the idea of the supernatural tradition was hyped to stir interest in tourism in the region. It also points out that a lack of documentation by the news media doesn't mean the tradition isn't a real historical feature. That makes its history hard to track, but hardly means the tradition doesn't have real historical roots, The Post and Courier noted:

But it's no surprise that mainstream press was slow to catch on to the concept, said Damon Fordham, a professor at The Citadel who's studied Gullah folklore.

The Gullah culture developed on the Sea Islands of the Southeast, as African slaves working in remote areas formed a common culture and language, which mixes European and African influences with English.

For a long time, Gullah culture was looked down upon, especially for blacks trying to climb in social class, Fordham said. Between the generations, some traditions were lost or became fuzzy, and it's unlikely that the media of decades past would take cultural traditions seriously.

Doubt at your own risk, however, said Charleston tour guide Alphonso Brown.

"People don't believe, they don't get into it," he told the newspaper. "Meanwhile, the hag is having a field day on people."