Why Is There a Little Plastic 'Table' in Your Pizza Delivery Box?

Known in the restaurant industry as a "pizza saver," the gadget had very practical origins. 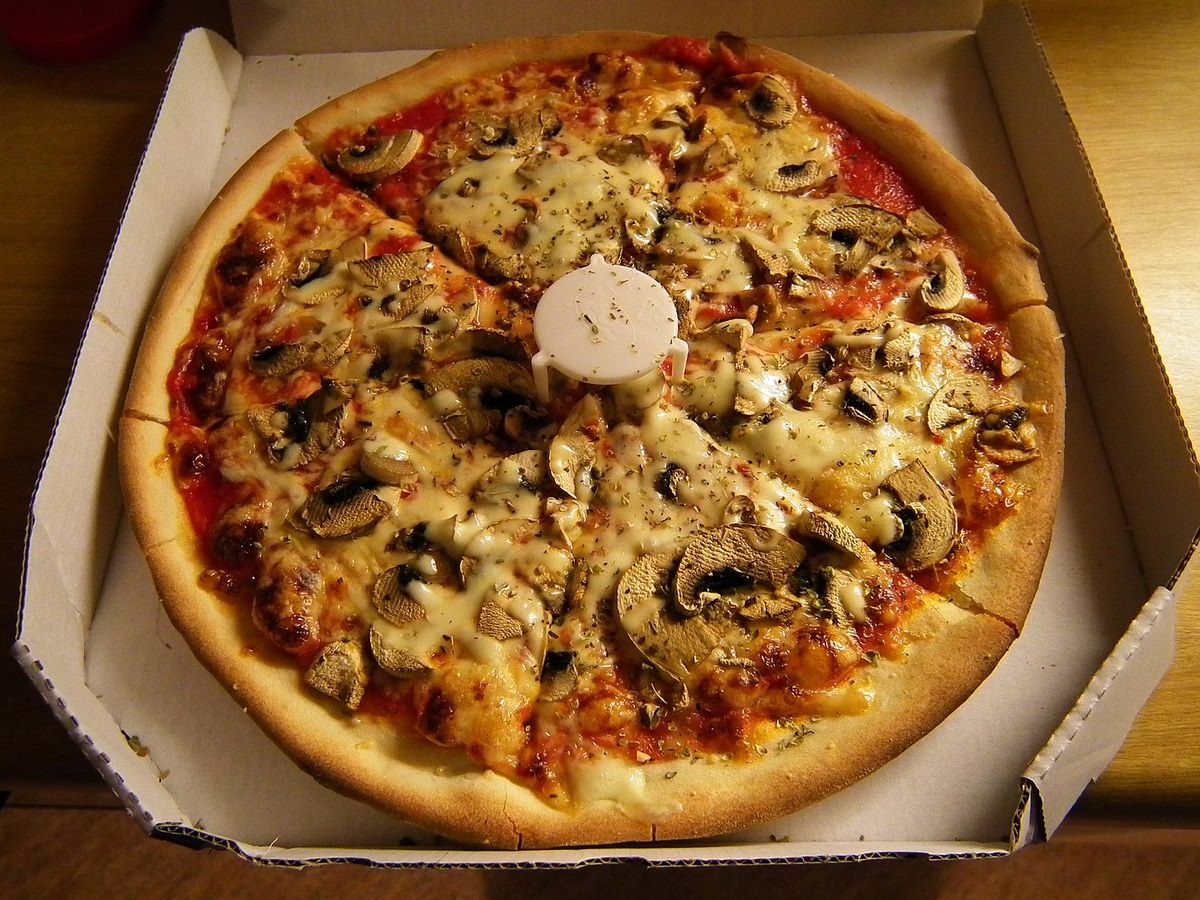 If you've ever gotten a pizza delivery, there is often a plastic item in the center of a pie that looks a lot like a tiny table, often with three legs, or prongs. This is usually placed directly on top of the pizza while the latter is hot, often leaving it covered in grease and sauce. The purpose of this "miniature table" has been the subject of online debates.

Contrary to what some have supposed, it is not decorative, and was not designed to resemble a table. It actually has a practical purpose. According to some reports, the origins of the plastic gizmo can be traced to Carmela Vitale, a woman in Long Island who filed a patent for it in the '80s. Called a "pizza saver" in the industry, it's intended to protect the pizza from sticking to the sagging roof of a cardboard pizza box. The patent filed by Vitale in 1983 details how it works:

A temperature resistant molded plastic device is described for use in boxes or packages such as pizza boxes where there is a tendency of large cover portions to sag downwardly to damage the soft pizza or other packaged products. In use, the saver is positioned near the center of the package to support the box cover for protecting the contents.

When a hot pizza is placed inside one of the flat cardboard boxes commonly used for delivery and takeout, the roof of the box starts to sag the more it is exposed to the heat and steam of the pizza. While Vitale called the product a "package saver," it really prevents the pizza toppings from getting stuck to the cardboard, so the term "pizza saver" seems more apt.

Due to the quality of the board and their large size, there is a tendency of the covers to sag or to be easily depressed at their center portions so that they may damage or mark the pies or cakes during storage or delivery.

Accordingly, an object of the present invention is to provide an easily manufactured, relatively inexpensive, lightweight article which is placed on the pie or cake within the package to support the central portion of the package cover during delivery.

Another object of the present invention is to provide an improved means for protecting articles such as pizza and other pies or cakes from damage during delivery in boxes.

Another object of the present invention is to provide an inexpensive device for protecting pizza and other pies or cakes during delivery.

The pizza saver was intended to minimize any contact with the pizza:

In its preferred form, as illustrated, the saver 1 has spaced vertical legs 2 connected to a cover support 3. The lower portions of the legs 4 have a minimal cross section to minimize any marking of to the protected article 5 and they are also made thin for minimizing the volume of plastic required. The cover support 3 of the saver 1 also preferably has a minimum volume by consisting of a spoke-like arrangement of radially oriented leg supports 6 molded to extend from a central portion 7.

Eater tried to reach out to Vitale's family and the lawyers who helped her filed the patent but no one provided any additional information. The patent was approved in 1985 and lapsed in 1993.

Since then, those little pizza-saving tables have become ubiquitous, with dozens of companies manufacturing and selling them to restaurants and pizza-makers everywhere.