Did Brenda Ann Spencer Say She Shot People Because 'I Don't Like Mondays'? 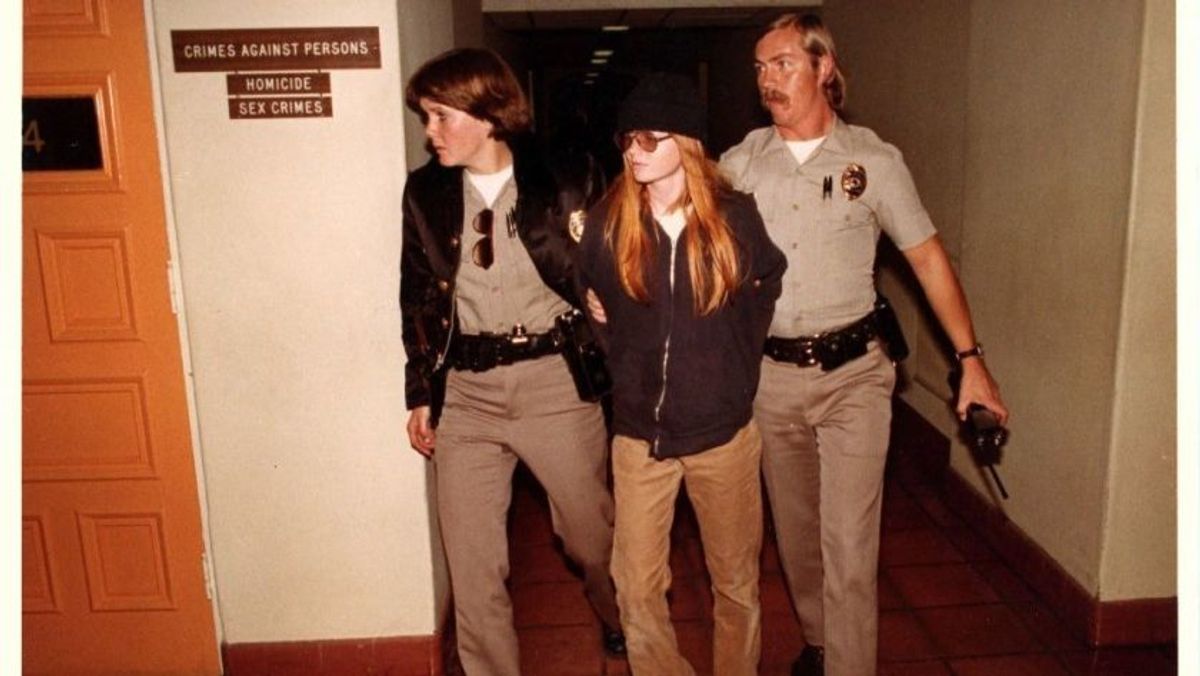 In 1979, Brenda Ann Spencer, a 16-year-old girl, fired a rifle from her house into the San Diego elementary school across the street, killing two adults and injuring eight children and a police officer. She was charged as an adult and pled guilty to two counts of murder, and was sentenced in 1980 to concurrent terms of 25 years to life in prison.

An October 2022 Reddit post revisited an old claim about something Spencer was quoted as saying in the aftermath of the shooting. When asked why she did it, the post claimed, she replied: "I just don't like Mondays." Based on contemporaneous accounts, Spencer likely did say those words, though the evidence indicates she said them before she was arrested, not after (contrary to what's implied in the Reddit post).

To this day, one of the most unsettling aspects of that tragedy was the words Spencer reportedly said to a journalist around the same time she carried out the shooting. Over the phone, when asked why she did this, she said: "I just don't like Mondays. Do you like Mondays? I did this because it's a way to cheer up the day. Nobody likes Mondays."

This quote became so famous it was the inspiration for the popular song "I Don't Like Mondays" by the Boomtown Rats. Decades after her shooting spree, in an interview, Spencer would say she didn't recall saying those words, as she had fragmented memories of that fateful day:

She told San Diego's News 8 in 1993, "I don't remember saying that. Right now we're trying to find evidence that I did say that. I'd like to hear the tape. It really influenced how people saw me and thought about the whole case. [...] I'd like to know that I actually did say that if I did."

She added, "I'm [on] PCP [a hallucinogenic drug], you're liable to say anything." She described drinking the entire week before and missing school.

"That whole week ahead of time is pretty much a blur," she said. Because of the drugs and alcohol, she claimed to have a "very fragmented memory of the whole day. Most of what I remember is what I've read from the police reports."

In 1979 and 1980, a number of newspapers also used the quote, some stating that she "allegedly" said these words to a reporter. According to the book "I Don't Like Mondays: The True Story Behind America's First Modern School Shooting" by N. Leigh Hunt, a crime historian, the reporter Spencer spoke to was Steve Wiegand of the San Diego Evening Tribune (which would later become the San Diego Union-Tribune), who had been calling houses around the area to see if he could track down witnesses to the event.

The first number he called was the house across the street from the school, which is where Spencer had been shooting from. Wiegand recalled the events to Hunt:

Wiegand was surprised that someone answered and slightly more surprised when it was the voice of a young girl.

It was just after 9 a.m., and the person identified herself as "Brenda."

Wiegand asked if she had heard the shooting or if she knew anything about the incident.

"Yes, I saw the whole thing," she replied.

Wiegand did not know that Brenda had paused her shooting spree to answer the phone. [...]

He asked "Brenda" if she knew who did it and where the shots were coming from. She said she saw everything — it was a 16 year old kid, and the shooting was coming from 6356 Lake Atkin Avenue.

"Isn't that your address?" he asked, thinking she may have been confused by the question.

"Sure, who do you think did it?" she responded with a laugh, before hanging up the phone.

He called her back after that exchange and she agreed to chat. She confirmed that she had started shooting at 8:30 a.m. that morning, and was using a 22-calibre rifle her father gave her for Christmas. She continued over the phone:

"I just started shooting. That's it. I just did it for the fun of it," she continued. During this longer conversation, Steve stood up at his desk, realizing that he might actually be speaking with the sniper. He made hand signals for city editor Walker to come over.

"I just don't like Mondays. Do you like Mondays? I did this because it's a way to cheer up the day. Nobody likes Mondays," Brenda said calmly.

Wiegand later said in the book "I Don't Like Mondays" that Spencer's demeanor during both calls was calm and quiet, "no shouting or hysteria in her voice." Between their calls, Wiegand believed the police had contacted Spencer. The police would also contact the newspapers, telling them to clear the line immediately, as they were interfering with the investigations.

The line played a role in her 2005 parole hearing, as shown in the 2006 documentary "I Don't Like Mondays," available on Amazon Prime. Spencer was turned down for parole that year, as well. The line is repeated by a parole board member around the 8:20 mark in the video below, with a slight variation, to describe her motive for shooting: "I just started shooting for the fun of it. I don't like Mondays. This livens up the day."

According to the book "I Don't Like Mondays," after 1979, Wiegand would never report on the shooting again. However, the San Diego Union-Tribune described his role in breaking the story in a retrospective article commemorating the 2016 retirement of Editorial and Opinion Editor William Osborne, who was with them for 45 years. Osborne was around as Wiegand called Spencer:

Osborne was then a political writer for the Tribune. He was sitting next to another political writer, Steve Wiegand, as Spencer was holed up in her house. Osborne said Wiegand tossed out an idea, "What if I call her?"

He grabbed a Criss+Cross directory that listed phone numbers by address and called. Amazingly she picked up. After talking to her a bit, Wiegand asked why she did it. She answered with the-now-infamous quote: "I don't like Mondays."

Though Spencer said she could not recall saying those words, claiming she was on drugs at the time, Wiegand's on-the-spot reporting made a strong case that she did -- strong enough for the line to come up again in parole hearings.

What is undisputed is that those words became synonymous with the 1979 school shooting, and are a reminder of the often inexplicable and senseless nature of such violence.