History of the Cerne Abbas Giant

Although researchers now have a better idea when the hill figure was created, there remain many unanswered questions about it. 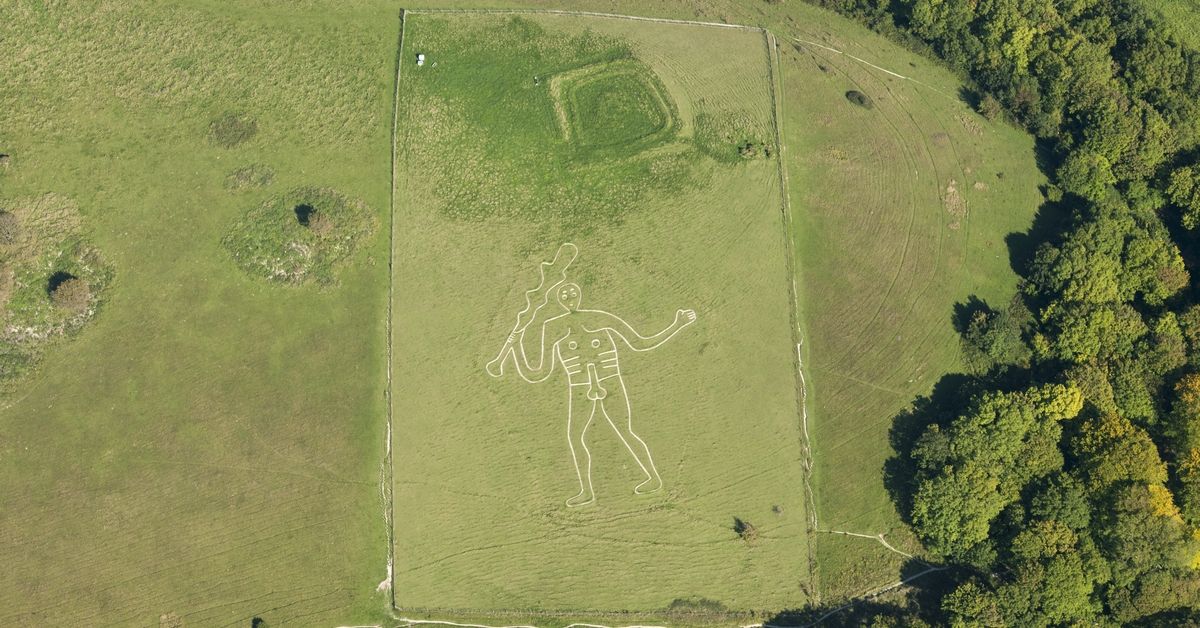 The figure sketched on a hill in the village of Cerne Abbas, in Dorset, England, eponymously known as the Cerne Abbas Giant, has long been a point of fascination. Known for its size and prominently-drawn penile erection, it has also been dubbed, for obvious reasons, "rude man."

The British culture conservation organization National Trust announced in 2021 that its researchers, using soil samples, determined that the 180-foot-tall, club-wielding figure was created sometime in Europe's Middle Ages, likely between 700 and 1100 A.D.

Prior to that announcement, the giant was believed by many to be prehistoric, or at least dating from prior to Britain's occupation by the Roman Empire, while others believed it was created more recently. Researchers said that although the etching was not made prior to 700 A.D., the latest possible date is murkier.

The discovery of the giant's likely age answered one question while raising others. Why was it created, and by whom? As to the first question, National Trust senior archaeologist Martin Papworth stated in 2021:

This probable Saxon date places him in a dramatic part of Cerne history. Nearby Cerne Abbey was founded in 987AD and some sources think the abbey was set up to convert the locals from the worship of an early Anglo Saxon god known as ‘Heil’ or ‘Helith’. The early part of our date range does invite the question, was the giant originally a depiction of that god?

Locals have been re-chalking the drawing to keep the shape sharp on the hillside over the years. But for how long? Yet another mystery, according to National Trust, is that the "earliest documented record of the giant is a church warden’s account of repairing him in 1694."

This prompted researchers to wonder if the giant was created earlier, meaning closer to the 700 A.D. time frame, then had gotten overgrown with time. Perhaps, Papworth stated, the outlines of the giant were revealed at some point by a low sun, allowing local residents to rediscover it and redraw its outlines.