Do the Folds in a Chef’s Hat Represent All the Ways To Prepare Eggs?

There is a lot of scrambled information out there. 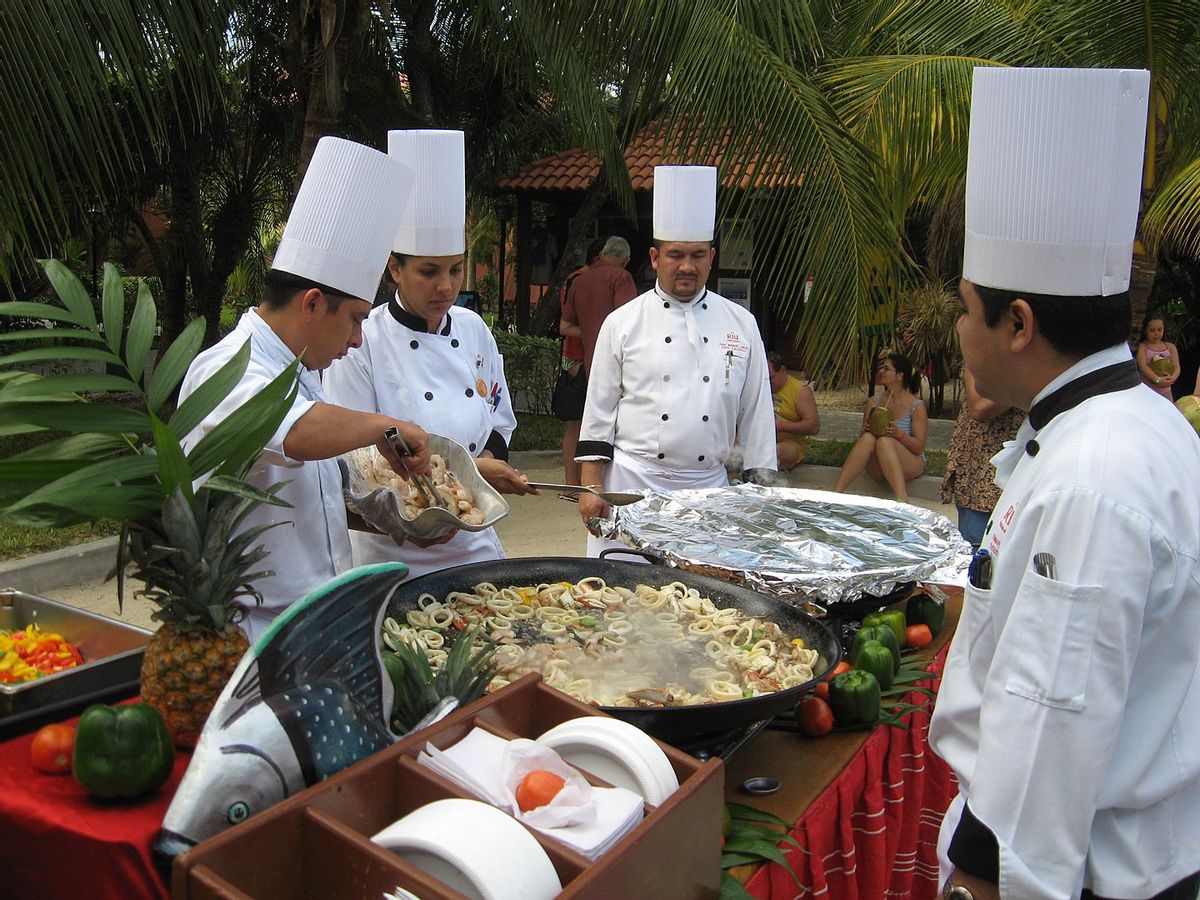 The traditional tall white chef’s hat, or “toque blanche," as the French refer to it, has been a mainstay of dining establishments for centuries. Many will recognize it for its distinctive height, pleats, and how in a certain Disney movie it effectively conceals rats who happen to be chefs.

According to legend, the pleats around the chef’s hat indicate the number of skills they accumulated over their career -- specifically, 100 folds supposedly shows that they know 100 different ways to prepare eggs. The origins of this claim are unclear, and investigations by Bon Appetit, and even here at Snopes, have proven fruitless.

The 2001 journal article “The Chef’s Uniform” published by the Culinary Institute of America (CIA) simply states: “It is said that the chef’s toque blanche has one hundred pleats to represent the one hundred ways to cook an egg.”

The Auguste Escoffier School of Culinary Arts has a similar story: “In the early days of the toque blanche, it was said that the number of pleats would often represent how many techniques or recipes a chef had achieved. For example, a chef would have 100 pleats in his hat to represent 100 ways he could prepare eggs.”

So where did the toque come from? According to a New York Times report it has many origin stories, including being derived from the headgear of Ottoman soldiers. An early iteration of the chef’s hat that looked nothing like the tall toque showed up in French chef Antonin Carême’s 1822 manifesto on French cuisine, “Le Maître d’Hôtel Français.” He envisioned a round piece of cardboard inside the floppy hat that was standard at that time in the kitchen. Images of chef’s outfits from the late 1800s show what looks like a toque, but the height of the hats became shorter with each decade.

“The Chef’s Uniform," another journal article, dove deep into the toque’s origins:

Some sources say that the toque originated in Assyria in the mid-seventh century B.C., when King Assurbanipal lived in fear of being poisoned. He required the head cooks in wealthy households to wear pleated cloth headdresses similar to those worn by royalty. This headgear served both to identify the cooks of a particular household and to encourage allegiance. A second legend traces the toque back to antiquity, when rulers presented master culinarians with bonnet-like caps studded with laurel leaves, emblems of the ruler’s office, in a ceremony they marked the beginning of all official feasts.

Yet another tale situations the origin of the toque at the end of the sixth century A.D., when barbarians from northern Europe overran the Byzantine Empire. To escape persecution, philosophers and artists fled to Greek monasteries for refuge, where they found themselves in the company of Orthodox priests who enjoyed good food. This legend tells that many of the refugees became cooks in the monastery kitchens, adopting the cassock and headgear of the priests to disguise themselves. However, they chose to where white instead of the traditional black, as a mark of individuality.

The article points out that none of these accounts can be verified, but argues that the modern toque was brought into the kitchen by Carême, who was “said to have been inspired to change his floppy, beret style cap when he saw a woman wearing  stiff, white hat on the street one day.” He then returned to his own kitchen to slip the cardboard into his cap.

According to the Auguste Escoffier School of Culinary Arts, “the chef’s hat came about as a way to keep hair out of food and maintain hygiene and cleanliness in the kitchen. According to one origin story, King Henry VIII supposedly beheaded a chef after finding a hair in his meal, so all the chefs after him were ordered to wear a hat while cooking.”

Today, the CIA points out that while pleated toques are usually 8 inches high, chefs who are authority figures in the kitchen can wear them up to 10 or 12 inches in height.

But where did people hear about the legend of the eggs first? Bon Appetit went to Auguste Escoffier’s 1903 Guide Culinaire, considered to be the bible of French cooking, and found no mention of the egg legend, though they did find more than a hundred egg recipes.

They also looked through the thousand-plus pages of the French cuisine encyclopedia, Larousse Gastronomique, but to no avail. Bon Appetit also spoke to renowned chef, author, and culinary educator Jacques Pepin, who told them, "I'm familiar with the French adage that says the hundred folds represents one hundred ways to cook an egg, but I'm not sure where it comes from. I think that the egg is probably one of the greatest foods that we can have in the kitchen, whether we cook it by itself or combine it into a souffle or custard, or other type of thing. For me, I can't live without eggs."

French chef Alain Ducasse also had no answers for Bon Appetit but said eggs are “indispensable” to cooking.

We reached out to a number of experts and academics, as well as the CIA. We will update this article as we hear back.

Maryann Tebben, Director of the Center for Food Studies and professor of French at Bard College, told us that she had not looked into the story before, and due to the lack of evidence surrounding it, she argued it was “simply a story that has been passed down by chefs since the modern toque took hold.”

Tebben also added that “it seems hard to believe that there are really 100 folds in the toque!” Sharing a photograph of one of her cookbooks featuring French chef Paul Bocuse on the cover wearing “an impressively tall toque,” she counted around 25 visible pleats on the front side of it alone. However, toques have all kinds of designs, and some of them could conceivably have a hundred pleats, based on photographs we came across.

Bon Appetit’s investigation went nowhere, and they concluded with a “Let's not let truth get in the way of a good saying. The main point is that eggs are versatile and wonderful.”

Our search continues. If you have any relevant sources about the origins of the relationship between egg preparation and the number of pleats in a chef’s hat, or toque, let us know.