Earth Day: A Celebration of the Environment Goes Global

The day of recognition started quite humbly more than a half century ago. 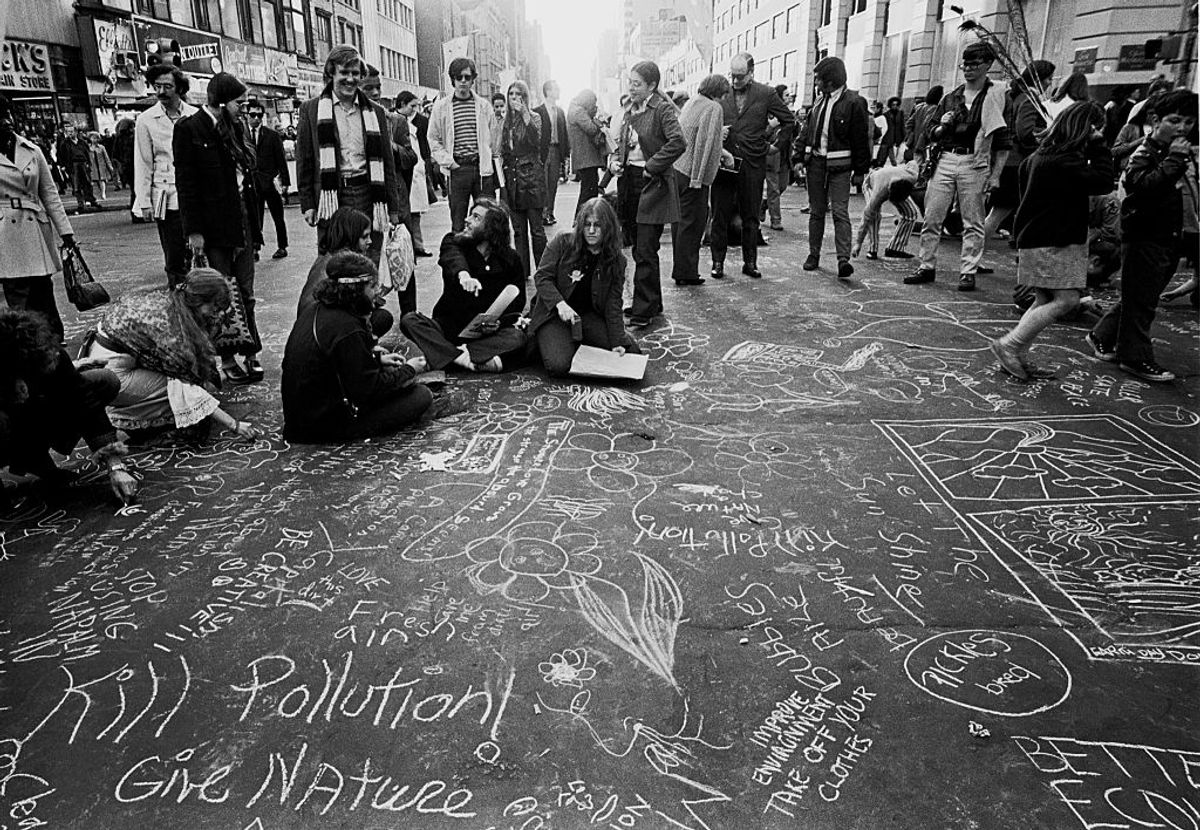 In the more than half-century since its official designation, Earth Day is considered a secular observance around the world. Not only did its first celebration spark a global environmental movement, but its evolution has paralleled and influenced legislation, regulation, and scientific advances in the decades since its establishment.

As we move to celebrate the 52nd anniversary of the April 22 holiday, Snopes is taking a deeper look at the holiday and its influence around the world.

1960s. Before Earth Day there was Rachel Carson’s 1962 publication of "Silent Spring," a research-based fable that put the link between pollution and human health on the front burner of politics. Dubbed a “watershed moment,” the book tells the true story of real communities exposed to the insecticide DDT and set the stage to establish governmental responsibility for regulation and changes.

1970s. Following the industrial revolution, the decades leading up to the 1970 establishment of Earth Day were marked by consumption, pollution, and little environmental regulation. Wisconsin Sen. Gaylord Nelson was particularly inspired by the student anti-war movement and used its momentum to build a public consciousness around air and water pollution.

In a bipartisan collaboration, Nelson spearheaded a teach-in on April 22, 1970, that inspired the participation of 20 million Americans in a demonstration for protecting environmental assets, bringing together groups for a streamlined day of advocacy. That year, the U.S. Environmental Protection Agency (EPA) was established, as well as landmark legislation, including the National Environmental Education Act and the Occupational Safety and Health Act. In the years that followed, the Endangered Species Act was established, as well as sweeping amendments to the Clean Water and Clean Air acts.

1990s. Two decades after the first Earth Day, environmental activist Denis Hayes organized a global celebration to bring awareness to recycling efforts, paving the way for the 1992 United Nations Earth Conference on Environment and Development. In 1995, Sen. Nelson was given the Presidential Medal of Freedom, the highest honor awarded to U.S. civilians. Over the course of the decade, Earth Day had spread to 200 million people in 141 countries.

2000s. Global warming and climate change became a huge topic around the world, so organizers shifted the 2000 celebration to focus on global warming and a push for clean energy. Digital media helped to build conversations among 5,000 affiliated groups in 184 countries.

2010s. Teenage activist Greta Thunberg brought environmental activism to the limelight, and Earth Day celebrations in the 2010s were focused on battling climate-change deniers and a divided environmental community. The celebration had grown to 75,000 partners in more than 190 countries.