Knowing how to perform a reverse image search is vital for social media users. 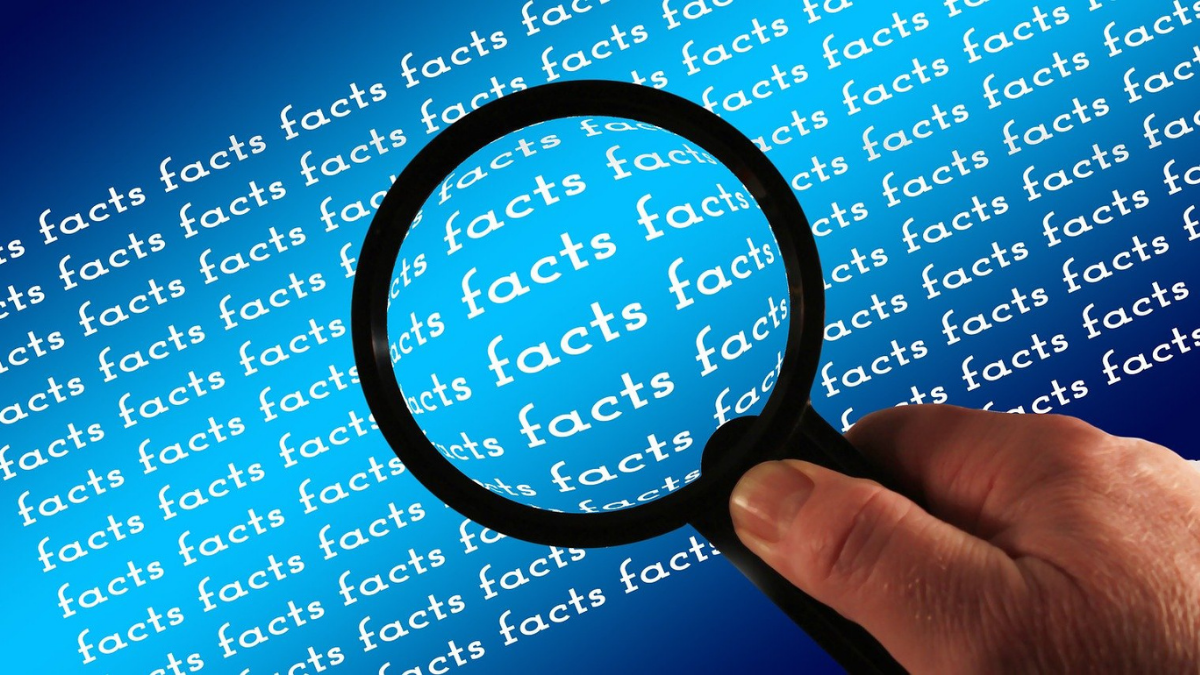 Social media users are inundated with a constant stream of videos and pictures. Oftentimes, those pictures are manipulated and/or the videos are miscaptioned such that they purport to depict something they do not. If you see pictures online that make you a little suspicious, you may be able to use a reverse image search engine -- an internet search engine that focuses on images rather than text -- to obtain some additional context.

There are a number of different reverse image search engines available online, including Google Images, TinEye, Yandex, and Bing Images. From a user's perspective, all of these search engines operate in the same general way: Download an image to your device and upload it to the search engine, which generates a list of websites that have previously posted that picture. In this article, we'll talk about some of the traits that differentiate these search engines and provide some tips on how to get the best results from them.

But before we get to how to use these reverse image search engines, let's talk briefly about what signs to look for in order to identify suspicious pictures and videos.

When To Perform a Reverse Image Search

Arguably the most difficult part of performing a reverse image search is identifying a photograph or video that warrants extra examination. So how do you tell if an image is suspicious? What signs should raise red flags?

Another reason people create doctored photos is to spread political opinions. Social media users should also be wary of photos or videos that explicitly push political messages and/or appear to confirm pre-conceived biases. If, for example, you see a photo of a celebrity wearing an anti-Trump or an anti-vaccine shirt, it might be a good idea to take a second look at those photos. While photos can be manipulated in a number of ways, we'd like to point out two common tactics. First, be wary of photos that contain text. While skilled digital editors can alter just about any aspect of a photo, one of the easiest and quickest ways to manipulate an image is to simply add or change text within the image. If you see someone holding a sign, for example, be mindful that the sign's text could have been altered. Second, keep an eye out for odd-looking heads as photo shoppers love to place one person's head onto another person's body. The best overall tip for spotting a potentially fake photo, however, is to be mindful of the photo's source. How did you encounter this post? Who is sharing it? Is it from a friend of a friend of a friend? Is it from a news outlet? Is it from the person who took the photo? One of the reasons we perform reverse image searches is so we can find a photo's source. The closer we can get to the photo's origins, the closer we get (usually) to the true context of the picture.

When you arrive at Images.Google.com, you'll be greeted with a familiar search bar with one notable exception: A camera icon.

If you click on that camera, you'll see a pop-up box that asks you to upload a photograph or to input the image's URL. Once the image is uploaded or the URL is pasted in, click on "search by image" to see your results. Whether you use Google, Bing, Tineye, or Yandex, the process to perform a reverse image search is generally the same.

Search engines aren't answer engines. While these tools can provide you with plenty of additional information, it's up to you to interpret the results and determine whether or not a picture has been edited or shared out of context.

When you're scrolling through your results, keep an eye out for changing captions. Oftentimes, a photo will be repeatedly posted on social media with a number of different captions until one of those captions takes off and goes viral. The viral caption is typically not the most accurate one, but the most emotionally engaging one. The following image, for example, simply shows a person lifting their head while receiving an MRI scan. The image didn't go viral, however, until it was attached to a caption claiming that it showed a person suffering a panic attack. When you perform a reverse image search, you can see all the different iterations of these captions. If you find multiple postings of a photograph that all have different captions, you know that someone, somewhere on the internet is lying (shocker).

When performing a reverse image search, the main goal is to track down the photo's original source. More often than not, a photograph's first posting to the internet is going to provide the appropriate context. TinEye is particularly useful for this, as you can sort results beginning with "oldest first." Google Images also allows you to set a time frame by clicking on the "Tools," and then adding a custom search range.

Reverse image searches can also reveal alterations to an image. When you look through your results, keep an eye out for versions of the image that differ from the one you used to start your search. Let's look at this image that supposedly shows boxers Manny Pacquaio and Muhammad Ali exchanging punches in the ring. Try running this image through Google Images and see what you find. When we put this image into Google Images, the search engine showed us a number of similar images, but not this exact photo. What does this tell us? Well, we can see that Ali's pose in the above-displayed image matches Ali's pose in one of our results. This indicates that our test image is likely a composite (an altered image created by combining two or more photographs). OK, so the image of Ali is real, but what about Pacquaio?

Reverse image search engines are great tools to track down additional information about pictures, but sometimes they need a little help. As noted above, sometimes it helps to input a specific date range. On Google Images, you can also input text into the search box to refine your results. (Bonus tip: You'll get better results if you save your photos with appropriate file names and not "untitled" or "screenshot" etc...)

In some cases, it helps to only search for a portion of an image. Bing Images and Yandex allow you to do this onsite. Once you input an image, you can select a specific area to focus your search. This tool is particularly useful for composite photos as you can perform individual searches on each element. In order to do this type of search on Google Images or TinEye, you'll need to take a screenshot of the portion of the image you want to search and then upload it as you would when doing a normal reverse image search. We were able to find the source of the Pacquiao image by focusing our search solely on Pacquiao: If your searches are coming up empty-handed, it might be worth flipping the photo to a different orientation. Pine Tools is one webtool that can quickly perform this task. For instance, we were stuck in our search for the origin of a doctored photo of singers Amy Winehouse and Lana Del Rey until we flipped the image of Del Rey so she was facing a different direction. Once we did that, we found the original source of the photo.

Lastly, keep upgrading the quality of your source photos. Often times, our searches start with low resolution images. As we conduct reverse image searches, we'll come across bigger and clear pictures that we can then input into the reverse image search engine. The bigger, clearer and more detailed an image, the better the search results.

While reverse image searches are best used for images, they can also be very helpful when tracking down the source of a video. In order to search for a video, you'll first have to take a screenshot of the video. We've seen the best results when taking screenshots from the opening frame of a video (this frame is typically used for a thumbnail and is often the image that populates web results). It might be worth taking screenshots from other points in the video. Try to find a portion of the video that contains the most discernible information (a clear view of a person's face, a building, a sign, or anything else a search engine can pick up on).

Digital editors can certainly make some astounding fake videos, but it takes more time and effort than doctoring a photo. When it comes to searching for videos, you should be especially focused on miscaptioned content. It can take hours / days to create convincing CGI. It only takes a few moments to take existing footage and mislabel it.

Make It a Habit

Performing a reverse image search is a quick and easy way to find additional context about suspicious online images and videos, but it only works if you actually do it. The next time you see something suspicious online, pause for a moment and take a closer look. Where did this photo come from? Is it real? Is it miscaptioned? Try running it through a reverse image search and see what you can find. And if you're not getting the results you were hoping for, send it over to Snopes and we'll try to track down the source. An elephant jumped off a train? Is this Steve Irwin and Mr. Rogers? Is this walrus sleeping on a submarine? An elephant, a lion, and a cub?