Did Einstein’s First Wife Co-Author His Work Without Credit?

The Nobel Prize winner may have had some support in the early years of his career. 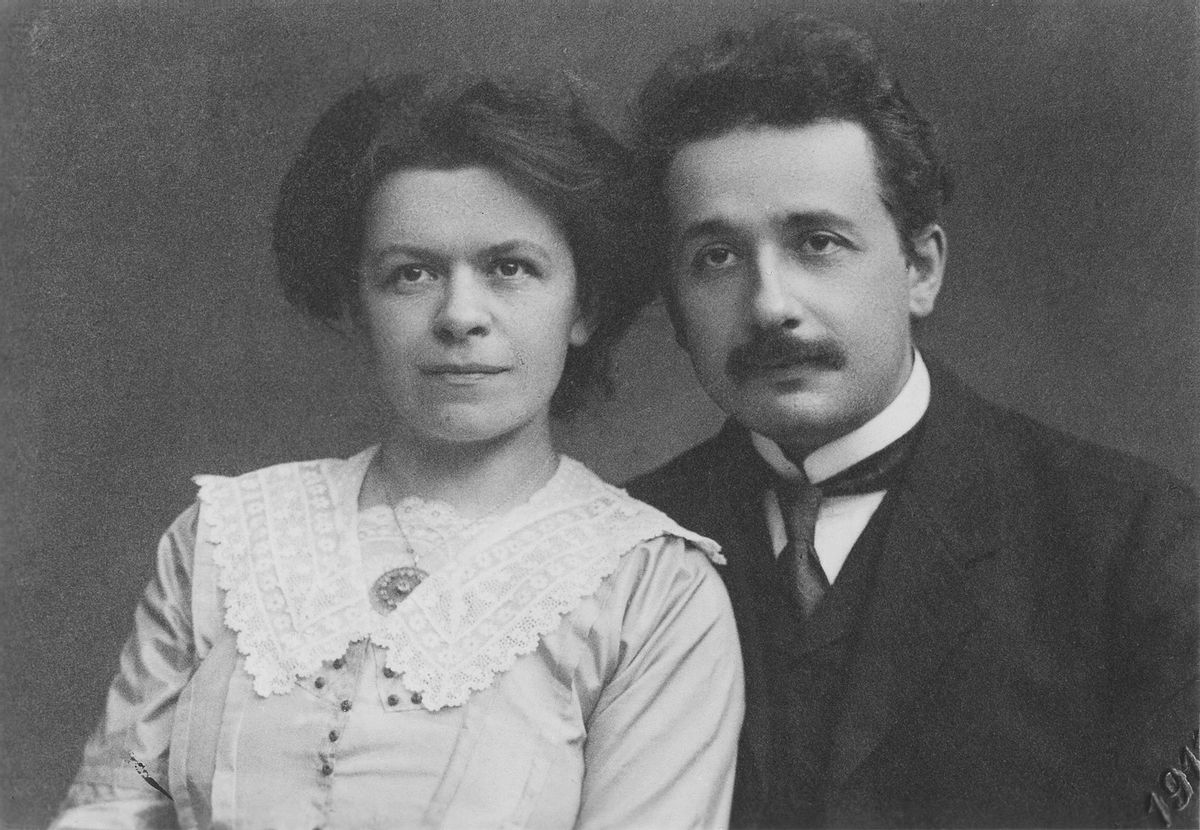 The phrase “Behind every great man is a great woman” applies to many notable men who contributed to science, and Nobel Prize-winning physicist Albert Einstein was one of them. Historians have long debated the contributions of his first wife, Mileva Marić Einstein, to his groundbreaking theory of relativity, and other scientific research.

But just how much of a role did she actually play?

In order to understand her place in Einstein’s scientific discoveries, we will look at their relationship, early days as students together, as well as their correspondences, which seem to be used by most experts as evidence (or lack thereof) of her contributions.

Many scientists have suggested that Marić was an uncredited contributor to Einstein’s 1905 “Annus mirabilis” papers that included his theory of relativity, and other groundbreaking research. However, to this day the claim is unproven and hotly debated.

Marić, an ethnic Serb, and Einstein met in the Polytechnic Institute in Zurich (now ETH) in 1896, where they were both students in the physics-mathematics section. She reportedly helped with his studies, guided him, and helped him focus. She got top marks in applied physics, way above Einstein’s own marks, according to an article in Scientific American by Pauline Gagnon, a particle physicist.

However, she did not manage to graduate, and failed her final examinations in 1901. This, according to Gagnon, coincided with the time when she got pregnant out of wedlock by Einstein. Her failed oral examination was given by a professor whom Einstein believed was hindering his career because he did not receive an assistant position at the Institute while starting his thesis work.  Einstein’s family also did not approve of their relationship, as she was not Jewish, nor German, and was considered to be too intellectual.

According to Radmila Milentijević, who wrote a biography on Marić, most of her letters to Einstein had been lost or destroyed, while his letters to her had been preserved. This effectively contributed to an erasure of her scientific contributions.

In a 1990 paper, “Mileva Einstein-Marić: The Woman Who Did Einstein's Mathematics” the linguist Senta Trömel-Plötz wrote, “If it were not for the cultural imperialism of the U.S. academic establishment, it might be known in Princeton what is known in Novi Sad — Einstein-Marić was the scientific collaborator of her husband.”

She cited Serbian mathematician and physicist, Desanka Trbuhovic-Gjuric, who wrote a biography of Marić that referenced a letter from Einstein to his father-in-law. Einstein wrote: “Without her, I would not have started my work, let alone finished it.”

Galina Weinstein, a visiting scholar at The Center for Einstein Studies at Boston University, however, believes the theories about Marić’s contributions are incorrect, and said that she was not actually a great scientist to begin with. Weinstein argues that Einstein used Marić as more of a sounding board than a collaborator and all of his letters were filled with his ideas about physics, and none of hers.

In 1900, according to Gagnon, they submitted an article on capillarity that was published only under Einstein’s name, a decision that they appeared to have taken jointly. Radmila Milentijević theorized that this could have been because Marić wanted to help Einstein find a job that would enable them to marry. He refused to marry her without getting employed first. Dord Krstić, a former physics professor at Ljubljana University, argued that at the time, a paper co-signed with a woman would have carried less weight.

In 1980, American physicist Evan Walker Harris posited that Marić had essentially the same education as Einstein, but “undoubtedly would have seen the wisdom of building the reputation of her husband at her own expense.”

In 1900, Marić gushed in a letter to her friend Helene Savic:

Albert has written a paper in physics that will probably be published very soon in the physics Annalen. You can imagine how proud I am of my darling. This is not just an everyday paper, but a very significant one, it deals with the theory of liquids. We sent also a private copy to Boltzmann, and would like to know what he thinks about it, let’s hope he is going to write to us.

Marić appears to be giving all credit to Einstein in this particular letter.

In a collection of their letters to one another "Albert Einstein/Mileva Marić - the Love Letters,” Einstein wrote to her in 1901 [emphasis added]: “I’ll be so happy and proud when we are together and can bring our work on relative motion to a successful conclusion!” Weinstein argued that two lines of evidence were not enough to claim that Marić had a role in coming up with Einstein's theories.

But their relationship was doomed. Marić became pregnant, and Einstein still refused to marry her. She gave birth to a daughter, whose fate was unknown, with some theorizing she was given up for adoption. They eventually married in 1903 and had two sons. In their early years together, Einstein came up with his most important theories, publishing his special theory of relativity in 1905. In 1912 he started an affair with his cousin. In 1914 he and Marić separated, and Marić had a nervous breakdown.

In the book “Mileva & Albert Einstein: Their Love and Scientific Collaboration” by Dord Krstić, Hans Albert “remembered seeing his parents work together in the evenings at the same table,” in the early years of their marriage.

Their later letters reflected how sour the marriage had grown.

According to The New York Times, in 1914 Einstein wrote to Marić: “''A. You will see to it (1) that my clothes and linen are kept in order, (2) that I am served three regular meals a day in my room. B. You will renounce all personal relations with me, except when these are required to keep up social appearances [...] You will expect no affection from me . . . You must leave my bedroom or study at once without protesting when I ask you to.''

According to the book, “In Albert's Shadow: The Life and Letters of Mileva Marić, Einstein's First Wife” by Milan Popović, a professor and psychiatrist-psychoanalyst, there was evidence that they frequently collaborated. The book describes correspondence that showed they frequently exchanged ideas as equals, and adds, “That Albert gave Mileva all of the money he received for winning the Nobel Prize in Physics for 1921 was seen by some as acknowledgement of his intellectual debt to her.”

The Nobel Prize money, however, according to Gagnon, was part of their 1919 divorce agreement. She agreed to divorce him on the condition that if he ever won the Nobel Prize, she would receive these earnings. She struggled to survive on the funds, and Einstein’s alimony. When Einstein wrote in his will that the money belonged to his sons, she objected and considered revealing her contributions to his work. Radmila Milentijević cited a letter Einstein wrote Marić in 1925:

You made me laugh when you started threatening me with your recollections. Have you ever considered, even just for a second, that nobody would ever pay attention to your says if the man you talked about had not accomplished something important. When someone is completely insignificant, there is nothing else to say to this person but to remain modest and silent. This is what I advise you to do.

Weinstein argued that Marić likely wanted the Nobel Prize winnings because she did not want a divorce, and was suffering from depression.

Einstein may have been a great scientist, civil rights advocate, and more, but based on numerous historical accounts, he may not have been a great husband. How much Marić contributed to his scientific research may be lost to history, but there is no doubt that she supported Einstein in more ways than one.