The conqueror died at the young age of 32. 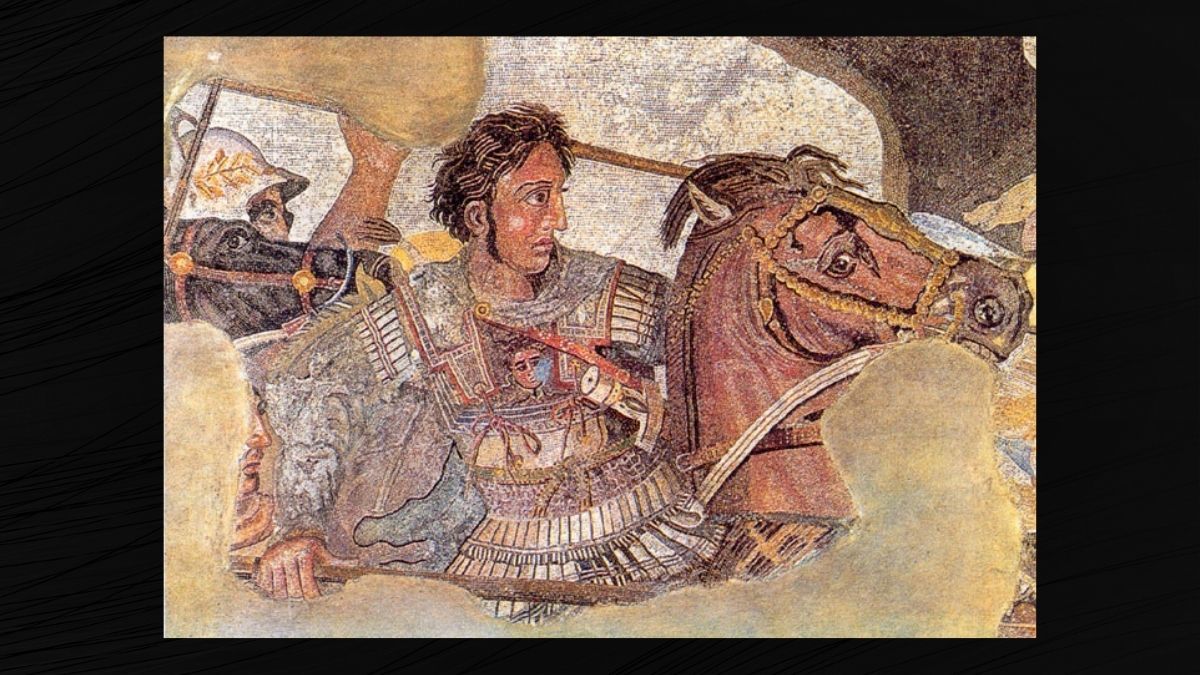 Historians have debated the death of Alexander the Great for centuries, with some arguing he was assassinated, while others suggesting he was afflicted by malaria or typhoid. The theories abound with no firm answers, particularly because the location of the young conqueror’s body has also been elusive.

With more questions than answers about his death, one theory is particularly surprising: He may have still been alive when he was officially declared dead. In 2019, Katherine Hall, a lecturer and clinician at the Dunedin School of Medicine in New Zealand, argued in a research paper that Alexander suffered from the neurological disorder Guillain-Barré Syndrome (GBS). This disorder led to a form of paralysis that may have resulted in a false diagnosis of his death.

In a news release from January 2019, Hall said, “I wanted to stimulate new debate and discussion and possibly rewrite the history books by arguing Alexander’s real death was six days later than previously accepted. His death may be the most famous case of pseudothanatos, or false diagnosis of death, ever recorded [...] The elegance of the GBS diagnosis for the cause of his death is that it explains so many otherwise diverse elements, and renders them into a coherent whole.”

Let’s break down what we do know about Alexander’s death. He died in Babylon in 323 B.C. at age 32 after he had conquered an empire that stretched from the Balkans to modern day Pakistan. According to Hall’s paper, which was published in The Ancient History Bulletin in 2018, he became unwell after a drinking party and began experiencing intermittent fevers and abdominal pains. Increasingly, he needed to be carried around, and by the seventh night of his fever he was extremely ill. As the fever worsened, he was unable to move and then speak. The more wine he drank, the thirstier he became. Eventually he could barely lift his head.

According to the ancient historian Plutarch, Alexander died after 11 days of illness, while other historians declared the time period was shorter. Plutarch described how, in the aftermath, many suspected Alexander had been poisoned. But this theory was also disputed because there were no signs of decomposition on his body for days after he had been declared dead:

Most writers, however, think that the story of the poisoning is altogether a fabrication; and it is no slight evidence in their favour that during the dissensions of Alexander's commanders, which lasted many days, his body, although it lay without special care in places that were moist and stifling, showed no sign of such a destructive influence, but remained pure and fresh.

Hall’s paper cites another historian, who wrote, “Alexander’s body did not putrefy for six days despite the Mesopotamian heat.”

Soon after his death, many interpreted the lack of decay on his body as a sign that Alexander was indeed a god. Of course, there are more plausible theories.

Hall’s paper argued that GBS could "account for the reported lack of decay of his body." But what is GBS? According to the Mayo Clinic, it is a “rare disorder in which your body's immune system attacks your nerves. Weakness and tingling in your extremities are usually the first symptoms. These sensations can quickly spread, eventually paralyzing your whole body."

Hall wrote, "I will argue that the type of acute, flaccid paralysis documented in Alexander’s death is, in fact, GBS. [...] I will conclude that the precipitant cause of his GBS was not typhoid, but much more likely to be a gastrointestinal cause, Campylobacter jejuni. This would also adequately account for his other symptoms, including a combination of fever and abdominal pain [...].

"The most striking feature of Alexander the Great's death is that, despite being extremely unwell, he was reported to have remained compos mentis [sane] until just before his death."

Hall detailed how difficult it was to provide proof of death in ancient times, particularly “if the cause was not related to trauma,” and if lay people were in charge of declaring when an individual was dead. While there is no ancient literature that supports the claim that GBS was a cause of a misdiagnosed death, Hall described how modern literature since 1979 offered a number of examples where GBS caused difficulty in the diagnosis of death. She posited:

As Alexander lay critically ill his staff, more used to dealing with death due to battle carnage, trauma, and exsanguination, would not be well trained to diagnose the moment of his passing. His GBS could have resulted in a situation where he was only breathing infrequently and with very small tidal volumes, unable to be seen by the naked eye easily. They would be unlikely to have checked for a pulse. His body could have cooled somewhat, again suggesting death, and his pupils could have become fixed and dilated again mimicking these signs of death. His miraculous bodily preservation, rather than being due to his innate divinity, could well have been because of the far more prosaic reason that he was not dead (yet). The embalmers were correct in hesitating, although it is very likely Alexander was in a deep coma by this stage and would have had no awareness when they began their task.

She argued that Alexander likely had the AMAN variant of GBS, which was caused by a bacteria known as Campylobacter that results in gastroenteritis. This infection is especially common in the region where Iran borders Iraq, where Alexander died.

Many scientists have called her theory “interesting.” In an interview with Live Science, Hugh Willison, professor at the University of Glasgow College of Medical, Veterinary and Life Sciences, Institute of Infection, Immunity and Inflammation, said, “Although from the historical evidence available, it is not possible to establish this with any degree of certainty.”

The bigger issue is that Hall’s explanation relies exclusively on Plutarch, whose version of the death of Alexander was written at least 400 years after Alexander’s death. This is not to say that Diodorus’s version is accurate, but it is earlier and historians tend to use earlier sources. Now, Plutarch does tell us that he relied upon a source known as the “Royal Diaries” to compose his version of the Life of Alexander so, arguably, he preserves the earliest tradition. Interestingly, Arrian’s use of the same source does not mention the detail about Alexander’s body failing to decompose.

The larger difficulty is whether or not it is appropriate or even possible to diagnose ancient figures from the vague reports of their death provided by ancient sources. Modern medical doctors do not diagnose third-hand without seeing a patient. It’s remarkable to think that anyone can accurately examine Alexander the Great, who died 2,300 years ago. To assume that modern knowledge is so all-encompassing and superior that we can diagnose everyone else’s ills is a very particular form of hubris that critical disability theorist Lennard Davis has described as “nowism.” It’s not that these theories are bad, necessarily, but they are highly speculative and inherently limited.

But if Hall’s theory is true, it is possible that Alexander was still alive in the days since his official declaration of death. He may have mistakenly been killed when he was being embalmed, even though he had no awareness while it was being carried out.