Julius Caesar: He Came, He Saw, He Conquered the Calendar and Gave Us New Year's Day

Yes, you can blame your New Year's hangover on Caesar ... mostly. 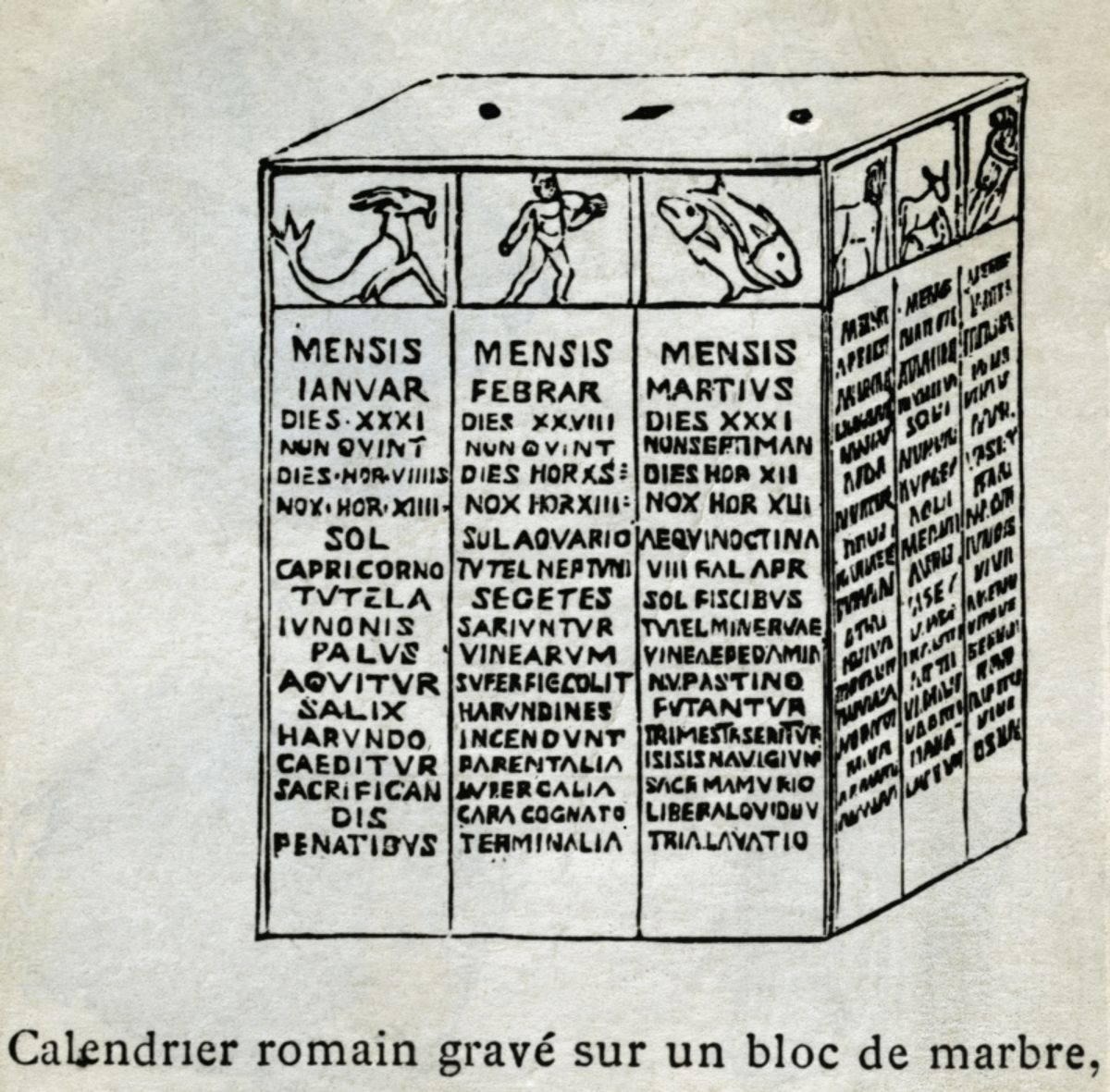 The Western world celebrates New Year’s Day on the first of January, though that was not always the case, and it took at least two major calendrical reforms in as many millennia to cement Jan. 1 as the official start of the new year.

As it turns out, the ancients enjoyed a smorgasbord of New Year's Days. The Babylonians celebrated in the spring, during the first new moon after the vernal equinox; in ancient Greece, the new year began on the winter solstice; in Persia, on the autumn equinox; and in early Rome, the new year commenced in March.

The bulk of the credit for standardizing New Year's Day goes to Julius Caesar, who seized absolute power over Rome in 46 B.C., only to find that the mighty empire's calendar was hopelessly broken. Despite previous reforms, which included instituting a complex system of periodic adjustments (analogous to leap years) meant to keep it roughly calibrated to the 365-day solar year, the Roman calendar was still based on lunar cycles, resulting in a 355-day year. The adjustments required to keep it on track were vulnerable to political manipulation and haphazardly applied. In a word, the Roman calendar was unreliable. Predicting seasonal changes, marking feast days, conducting business, and day-to-day civic governance were all made more difficult by the capriciousness of the calendar. How much more difficult? As historian Michele Renee Salzman remarked in "The Cambridge Companion to Ancient Rome," the calendar was so far out of whack by Caesar's time that in 44 B.C., Jan. 1 would have actually fallen on Oct. 14 of the previous year (in terms of a 365-day solar year).

Caesar found this unacceptable. In fact, so determined was he to reboot Rome's broken calendar that he ordered 46 B.C. (ever since commemorated as "the longest year in history") to be elongated to 445 days to force the calendar into proper alignment.

Caesar's reform plan called for a fixed, 12-month, 365-day calendar beginning with the first of January and ending with the last day of December. In earlier times (as previously noted), Romans had rung in the new year in March. And though historians generally agree that Roman civic and religious institutions had already switched to observing Jan. 1 as the conventional start of the new year long before Caesar rose to power, his Julian calendar, as it came to be known, was the first to codify it as such and ensured that Jan. 1 and other significant dates would never again drift from their seasonal moorings.

At least, that was the idea. Revolutionary as the Julian calendar was, it wasn't perfect, and fell out of alignment over time. In 1582, Pope Gregory XIII introduced the Gregorian calendar -- basically, the calendar as we know it today -- which incorporated minor adjustments to correct the slight (though consequential over time) drift discovered in the Julian calendar.

More importantly (for our purposes), the Gregorian calendar also reaffirmed Jan. 1 as the official beginning of the year, which had become necessary because during the Middle Ages some kingdoms had shifted their observance of New Year's Day to alternative dates corresponding to various Christian holidays.

Throughout nearly all of the Western world, Jan. 1 has been observed as New Year's Day ever since.