The star-studded satirical film was released on Netflix on Dec. 24, 2021. 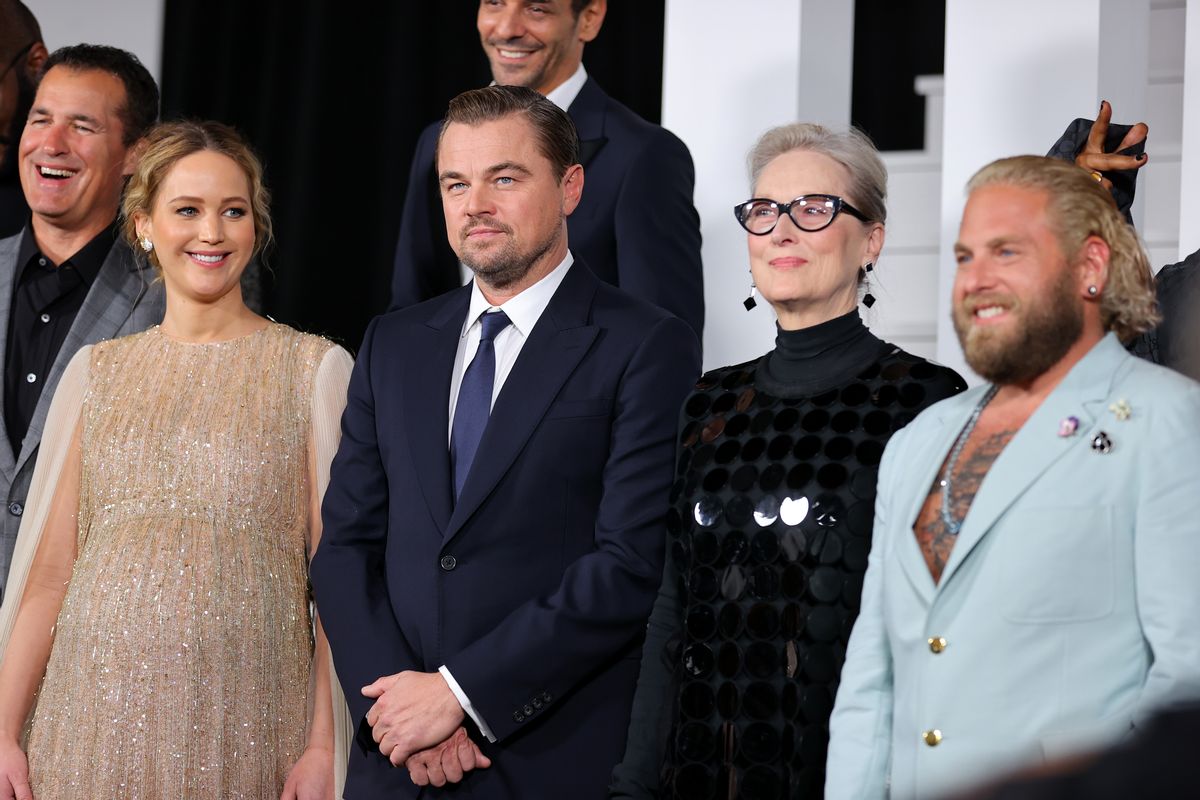 A TikTok user named @sightpicture spotted what was referred to as a movie "mistake" in the satirical Netflix film, "Don't Look Up." It was released on the streaming platform on Christmas Eve in 2021 after an initial limited theatrical release.

Around the 1:28:10 mark in the film, masked crew members appear to be standing around while a scene is filmed.

In the scene, an actor throws a bottle or some other kind of glass object at a burning barrel. Actors Jennifer Lawrence and Timothée Chalamet are in the same scene. One of the crew members on the right side of the frame appears to be wearing a face shield.

It's unlikely that the "mistake" shot went unnoticed during the editing process for "Don't Look Up."

First, it's hard to believe that the person who was operating the camera did not know that the crew was visible in almost the entire shot. Second, film editors often cut together shots for scenes in a meticulous manner. Various color correction effects are also often added. The idea that they added in the shot but did not notice the crew makes little sense.

The shot appeared to be needed to help bridge a transition between two moments between the characters portrayed by Lawrence and Chalamet.

To learn more, we reached out to Hyperobject Industries, the film's production company, as well as director Adam McKay. However, we did not receive a response.

According to Boston.com, "Don't Look Up" began filming in November 2020. In December 2020, NBC News reported that records were being set for COVID-19 cases, hospitalizations, and deaths. December 2020 was also the same month that audio was released of film star Tom Cruise berating crew members on the "Mission: Impossible 7" set for not following COVID safety protocols.

In other words, safety on film sets was perhaps a higher priority than ever at the time, just as it was when "Don't Look Up" was released in December 2021. The Netflix launch date for the film coincided with a spike in cases of the omicron variant.

The official synopsis for "Don't Look Up" read as follows: "Two astronomers go on a media tour to warn humankind of a planet-killing comet hurtling toward Earth. The response from a distracted world: Meh." In addition to directing, McKay also wrote the story and screenplay for the film. He is perhaps best known for directing "Anchorman," "Step Brothers," and "The Big Short." David Sirota also served as one of the story writers. Additionally, McKay is an executive producer with Will Ferrell on the HBO TV series, "Succession."

We'll update this story if we learn more about the "mistake" from "Don't Look Up."