Has the Sturgeon Fish Been on Earth for 200 Million Years?

This ancient family of fish predates most other fish in the world. 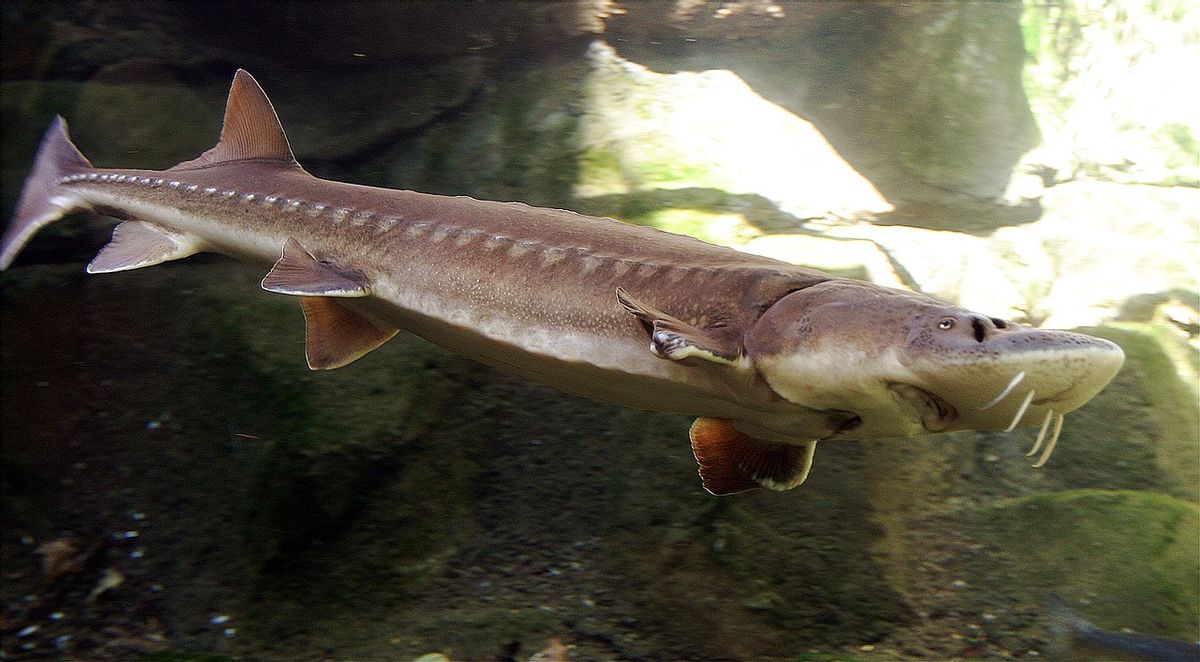 Image Via Cacophony - Own work/Wikimedia Commons

One fish truly has a unique place in history, particularly because it has managed to exist on earth in some form since prehistoric times. We are referring to the sturgeon, a family of bony fish that is found in North America, Europe, and Asia, with around 27 species.

The sturgeon first appeared in fossil records around 200 million years ago. According to the U.S. Fish and Wildlife Service, the sturgeon predates many fish species, and can survive in many environments, including subtropical to subarctic waters. According to National Geographic, the lake sturgeon, a species in the same family, is the oldest and largest native fish species in the North American Great Lakes region.

For a long time, scientists believed that the sturgeon was like a “living fossil,” almost unchanged throughout its long history, but a 2013 study by the University of Michigan found that they were “one of the fastest-evolving fish on the planet.”

"Sturgeon are thought of as a living fossil group that has undergone relatively slow rates of anatomical change over time. But that's simply not true. Our study shows that sturgeon are evolving very quickly in some ways. They have evolved a huge range of body sizes. There are dwarf sturgeon the size of a bass and several other species that are nearly as big as a Volkswagen,” said Daniel Rabosky, assistant professor in the Department of Ecology and Evolutionary Biology at the University of Michigan.

Some species can grow up to 12 feet in length.

But the numbers of lake sturgeon have gone down in the Great Lakes region and other parts of North America, largely due to overfishing over the centuries, pollution, and the construction of dams. However, tighter fishing regulations and the growth of hatcheries have resulted in a resurgence of their numbers.

In Tennessee for example, where efforts to reintroduce the endangered species have been ongoing since 2000, the protected “dinosaur fish” have matured into adults which increases the chances of more sturgeon babies. Conservationists are hopeful that the species will make a comeback in the 2020s.

But sturgeon in other places, like the country of Georgia that borders Turkey, are critically endangered, particularly with the upcoming construction of new hydropower projects across the Rioni river. The Rioni is one of two rivers in the Black Sea region that is home to the sturgeon.

According to the WWF, 23 out of 27 sturgeon species are in danger of extinction, and efforts to save them are ongoing.