The incident originally occurred in Seattle, Washington, on March 15, 2018. 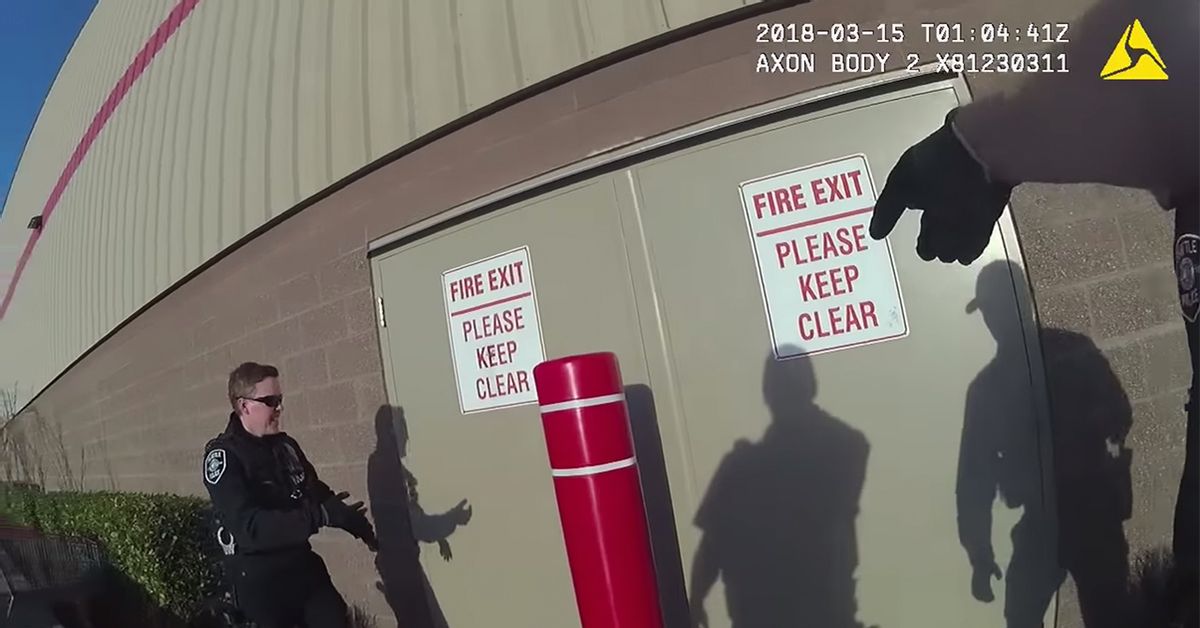 An old video showing police catch thieves as they flee a Costco store is once again gaining prominence. (Image Via Seattle Police Department/YouTube)

It's likely not a common occurrence for thieves to run into law enforcement as soon as they try to escape a store with pricey goods. But that's exactly what happened in Seattle, Washington, on March 15, 2018.

A body camera worn by Seattle police officers captured what they referred to as a thwarted "theft scheme." The culprits tried to steal laptops and other expensive items from Costco and then left through the "fire exit" doors.

In the video, police officers could be seen questioning the purported getaway driver while they put on gloves in the Costco parking lot and prepared for the doors to open. In addition to the getaway driver, two more suspects who flung open the doors were cuffed after dropping stacks of merchandise. "Didn't work this time," one officer told the suspects.

While the video was more than three years old, it was reposted on TikTok on Nov. 2, 2021. It was viewed close to 2 million times in around 24 hours and also received more than 100,000 likes.

So how were the cops ready and on the scene before the thieves fled? On March 16, 2018, KIRO published a story on the attempted robbery, reporting that the suspects were believed to have stolen merchandise from another Costco store earlier in the day.

Loss-prevention officers recognized what was going on inside the Costco store around 5:30 p.m. Wednesday and called police.

The suspects were gathering up laptops and other items, preparing to escape out a fire exit. A getaway driver was waiting outside.

Police got in position and waited until the would-be thieves came through the fire doors.

Investigators believe they hit a different Costco earlier the same day-- -stealing more than $2,000 worth of electronics.

The reporting from KIRO's Alison Grande also mentioned that officers found a knife with a "7-inch blade" in one of the suspect's pockets.

Other than the TikTok video, another aspect of the attempted Costco robbery that gave some recency to the story was the fact that the Seattle Police Department posted a video to its YouTube channel in August 2021. It showed two angles of the incident.

As of November, the YouTube video was closing in on 1 million views.