Did Mary Shelley Lose Her Virginity on Her Mother's Grave?

Unlike many rumors, this one may be true. 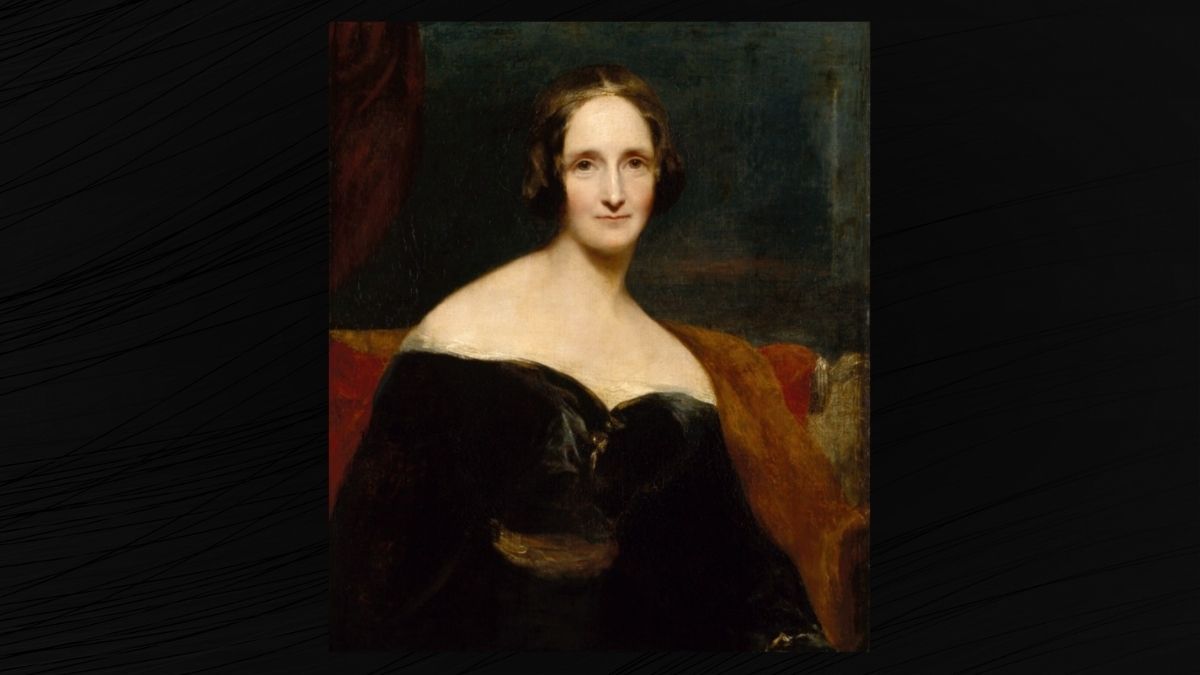 Author Mary Shelley wrote the classic novel "Frankenstein" when she was just 18, but despite her early literary success, she lived a life full of loss. Her mother, groundbreaking feminist writer Mary Wollstonecraft, died days after Shelley's birth in 1797.

The untimely death of her mother is the starting point of a lurid rumor about Shelley. But unlike many such rumors, this one may well be true: Mary Shelley lost her virginity on her mother's grave:

It may never be possible to ascertain for certain whether Mary Shelley (nee Godwin) actually had sex with her husband-to-be, poet Percy Bysshe Shelley, on or near her mother's grave. But Mary Shelley's biographers know that something significant between the couple happened there.

Charlotte Gordon, author of "Romantic Outlaws," a book about the lives of Mary Shelley and her mother, a literary and cultural giant in her own right, said that it's "traditionally accepted" among Shelley scholars that the romantic pair consummated their relationship at the grave of Wollstonecraft at Saint Pancras church in London.

"According to a letter Percy wrote, it’s there she declared her love for him," Gordon said in a phone interview. "We don’t know how far they went. But they always referred to that day as his birthday."

The idea that the couple had sex for the first time at her mother's resting place may sound farfetched at first. But when you learn more about Shelley's life, it starts to make sense. Wollstonecraft died 10 days after giving birth to her, and the grave was near the family home when Shelley was a small child. It was a frequent destination for family outings.

Gordon, who referred to Shelley as the "bad girl" of Gothic fiction, said that scholars also believe that she learned to read there, tracing the letters on her mother's headstone. And Shelley was always acutely aware of her mother's status as a feminist iconoclast. Wollstonecraft authored the groundbreaking book, "A Vindication of the Rights of Woman," published in 1792.

Wollstonecraft ultimately married Mary Shelley's father, philosopher and writer William Godwin, but Gordon noted Wollstonecraft didn't believe in the institution of marriage. Nevertheless, Wollstonecraft had a daughter from a previous relationship, and life for unmarried mothers in 18th Century England was "grim. So much so that suicide among unwed mothers occurred with morbid frequency.

"Suicide was such an epidemic during that time period that London issued a reward for fishing young women out of the Thames," Gordon said.

Gordon added that if Wollstonecraft's grave was indeed where Shelley consummated her relationship with the poet, the daughter would have been keenly aware of her mother's legacy.

At the time this occurred, Percy Shelley was married to another woman, Harriet, and the couple had a child. But Mary, 16 and smitten, would marry him anyway, a decision that would have devastating consequences later in her life.

Mary Shelley famously had the inspiration for "Frankenstein" at a gathering in Geneva hosted by Lord Byron, in which Shelley and others, including her soon-to-be husband, were stuck indoors for days on end due to rain. As technology news site Ars Technica reported, the idea for the novel was prompted by Lord Byron's attempt to keep guests occupied:

It's one of the most famous origin stories in literary history. One summer night in 1816 in Geneva, Lord Byron hosted a gathering of his fellow Romantics, including Percy Shelley and his lover (soon-to-be wife), Mary Godwin. The incessant rain confined the party indoors for days at a time, and one night, over dinner at the Villa Diodati, Byron proposed that everyone write a ghost story to amuse themselves. The result was Mary Shelley's Frankenstein, the classic Gothic horror tale of a mad scientist who creates a monster—arguably the first science fiction novel.

But Gordon pointed out that a challenge from Lord Byron was far from the only influence for "Frankenstein." While Shelley was writing the book, two important women in her life committed suicide — Harriet, and Mary's half-sister, Fanny Imlay.

"Those suicides really informed her story," Gordon said. "She is enduring them and suffering them as she’s doing the final draft of 'Frankenstein.'"

Mary Shelley and Percy Shelley had left England for self-exile in Italy because, as Gordon stated, Mary was disparaged in England for taking up with a married man. The couple was also trying to escape crippling financial debt. But the Italy trip would prove fatal for the family and tragic for Mary Shelley.

Three of Mary's children from her marriage to Percy died in infancy or as small children. Two of them, Clara and William, perished in Italy from two different kinds of illnesses within a year of each other, "as [Percy] Shelley dragged his entourage around Italy in the heat," Irish Times arts editor Victoria White noted.

Gordon said that little William's death was the result of the family lingering too long in Rome during a malaria outbreak, while Clara died as her mother took the sick child across Italy to Venice at Percy Shelley's behest. Her one surviving child, Percy Florence Shelley, was born just five months after William's death.

Percy Shelley, for his part, would never make it back to England. He drowned in a sailing accident in 1822.

Mary Shelley died in 1851 at the age of 53 from a suspected brain tumor.

Although Mary Shelley wrote a genre-breaking novel, and is often credited with writing the first science-fiction story, Gordon said that interest in the novelist's tumultuous life has only recently gained traction. But a more in-depth study of Shelley's personal life could cause some to take a closer look at "Frankenstein" and its motivations, meanings, and significance.

"One of my favorite interpretations is that the Creature is a way in which she’s walking about, what happens to people we make into creatures," Gordon said. "In her era, that was young women, especially who had children out of wedlock."