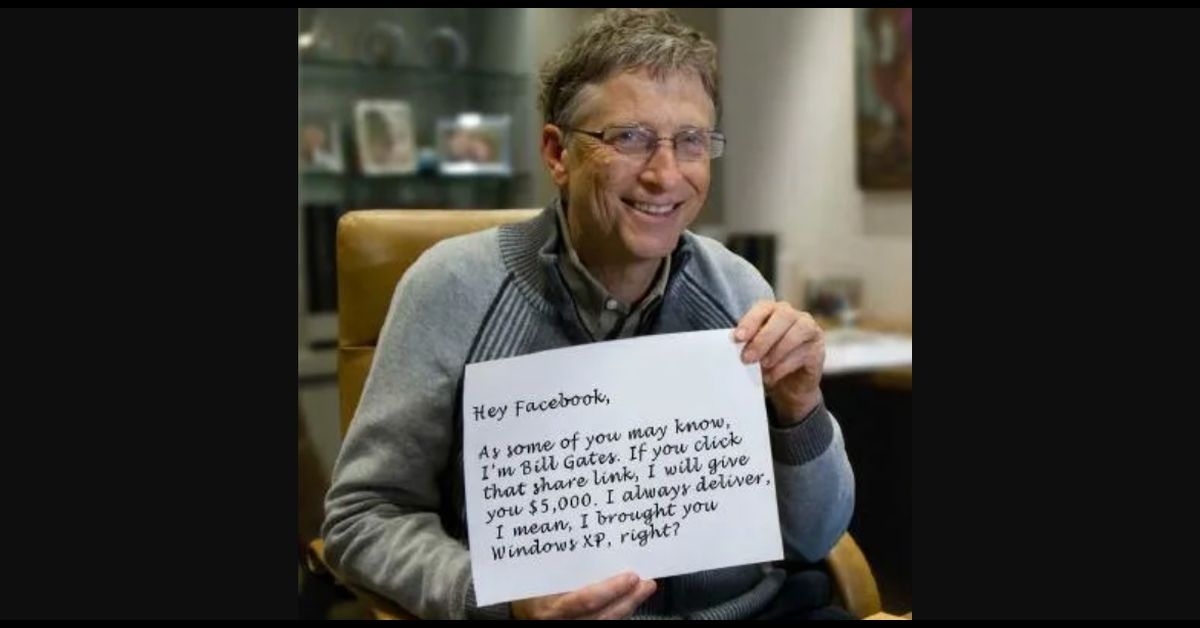 What is copypasta? It's not something you eat, for starters.

A portmanteau of “copy” and “paste” (and a wink), copypasta is copied-and-pasted text shared online. Often its content pleads with readers to pass along some warning or advice to help others, or an offer of free cash or merchandise from some big company, when in fact it's just a bit of fiction meant to trick or embarrass the person who shares it. Some examples of shockingly effective copypasta fact-checked by Snopes years ago still pop up in our inbox almost every day.

One of the oldest specimens we're aware of was an email, purportedly written by then-Microsoft CEO Bill Gates, offering $1,000 to everyone who forwarded it when the number of recipients surpassed a thousand. This version was dated Nov. 21, 1997:

My name is Bill Gates. I have just written up an e-mail tracing program that traces everyone to whom this message is forwarded to. I am experimenting with this and I need your help. Forward this to everyone you know and if it reaches 1000 people everyone on the list will receive $1000 at my expense. Enjoy.

The email was not only forwarded many, many thousands of times (despite no one's ever receiving the promised $1,000), but inspired dozens of variants and copycat copypastas over time. It became such an annoyance to Gates personally that he posted an article condemning the email as a particularly egregious form of an internet phenomenon that had only recently been given a name: spam.

"Even more annoying than spam, in some respects, are hoaxes," Gates wrote. "I'm acutely aware of this because my name was recently attached to a hoax e-mail message that was widely distributed." The article continued:

The bogus message was widely forwarded, which surely led to some disappointment from people who hoped to receive $1,000 for passing along what was essentially a chain letter.

As people forwarded it to everybody they knew who had an e-mail address, they appended wishful commentary:

"I hope this is for real. It would be nice."

If nothing else, Gates was right about the internet's changing the world. ;-)

Previous Article
Next Article
Article 21 of 28 in Collection