'Faces in the Closet' Horror Video Goes Viral on TikTok

The mysterious video has been viewed millions of times. 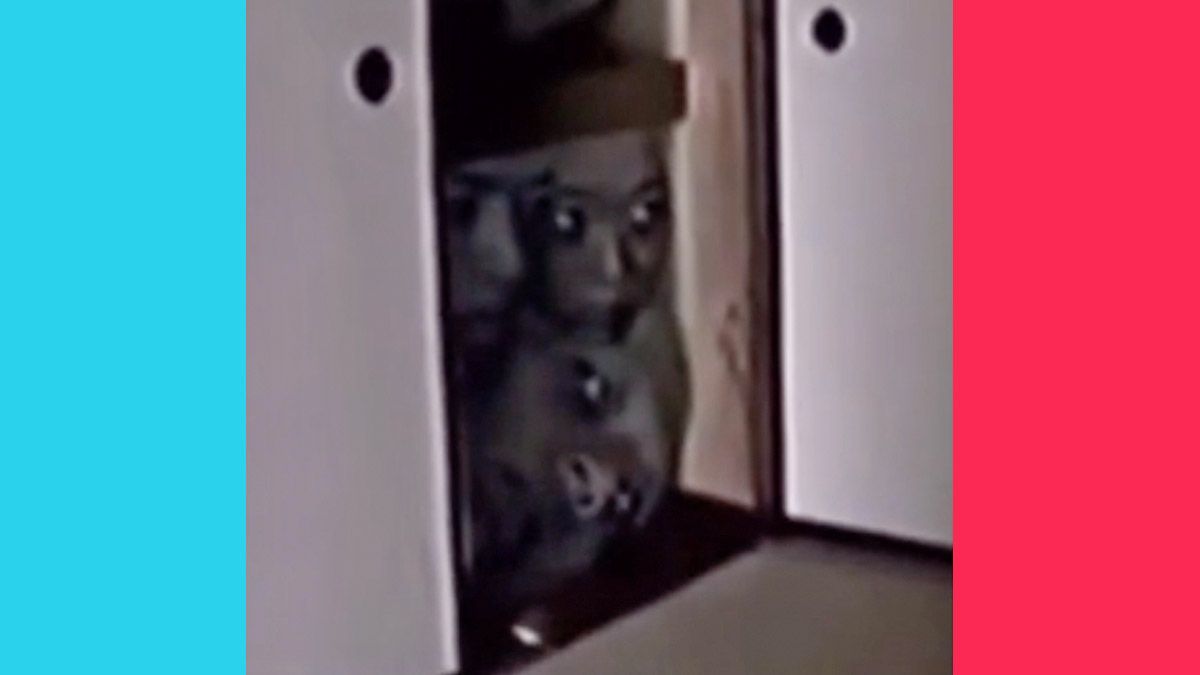 Previous Article
Next Article
Article 2 of 11 in Collection

Since at least May 2021, a mysterious horror video titled "The Faces in the Closet" has puzzled TikTok users and YouTubers.

'The Faces in the Closet'

In the video, a little girl is shown running through an apartment or house holding a box while wearing a mask on top of her head. Her face appears pixelated. It's unclear what's in the box.

After the girl turns a corner and stops, a woman, perhaps her mother, walks in through a doorway. Her face is also pixelated. Some commenters said they were more scared by the woman rushing in than they were by the faces in the closet.

The camera then pans to the right to show faces on giant heads stacked in a closet, whose eyes are moving. There appeared to be three heads.

The video ends after this moment.

TikTok users under the names @horrorworld29 and @carlgaming9069 may have been the first accounts to upload the clip. However, those accounts are no longer available.

The first active upload for "The Faces in the Closet" that we could find was from TikTok user @snakegarbage on May 19. It has been played more than 225,000 times. The music track "Tonight You Belong To Me" was chosen by the user.

The most viewed version of the video appeared to be from TikTok user @zmstube, which was uploaded on June 8. It has been played 7.2 million times. The popular "Daisy" TikTok song was added by @zmstube.

The original sound of "The Faces in the Closet" was not available in the clips above. However, @gabiharttmann uploaded the video with what appeared to be its original audio.

The sound appeared to match the moment and led some commenters to believe it was from a movie.

We often are able to trace the roots of videos just like these. We combed through multiple uploads of the clips and looked at thousands of comments from users. However, we were not yet able to pinpoint where "The Faces in the Closet" originated.

A YouTube commenter mentioned that it might be from the 2005 Japanese horror movie, "Noroi: The Curse." The film is shot like a documentary but is scripted. The comment received quite a few thumbs up from other viewers. However, we looked through the film twice and did not find the moment from the viral videos.

The most popular theory from commenters was that it was simply a clip from a Japanese horror film. The way that the eyes of one of the heads moves were compared by a commenter to the way Thomas the Tank Engine's eyes move, indicating it was a special animatronic created for the purported film.

We will update this story if we find more details on the origins of "The Faces in the Closet."

Previous Article
Next Article
Article 2 of 11 in Collection