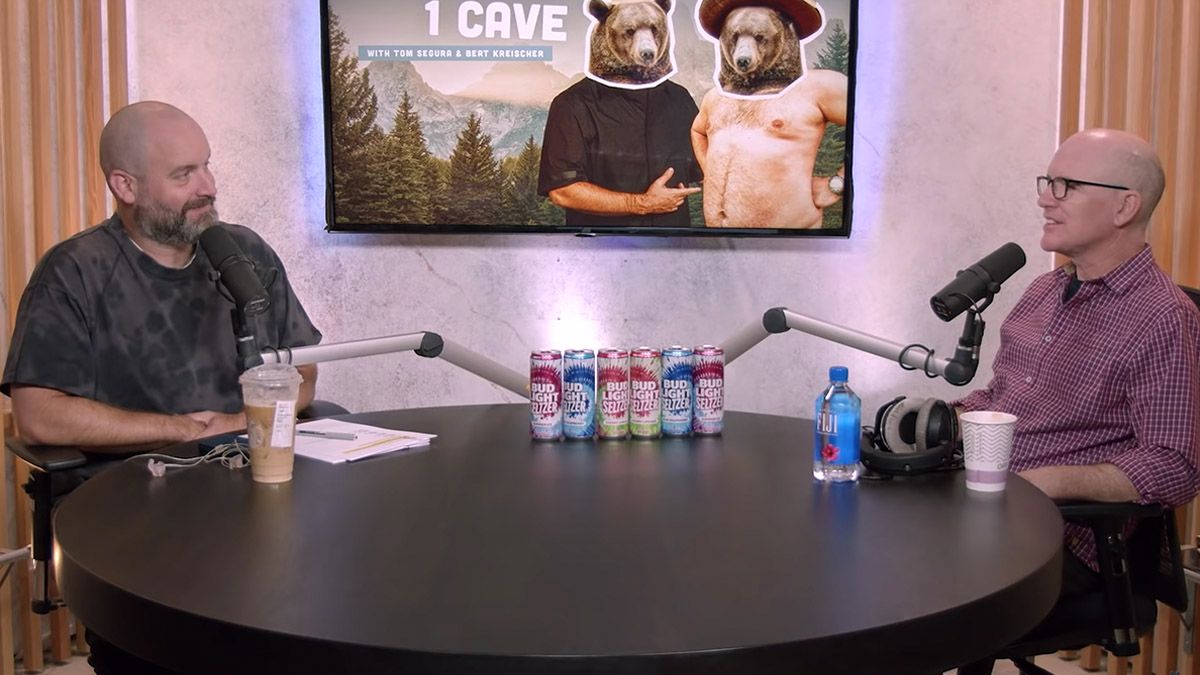 "What's the most humiliating moment in your career?" This was the question comedian Greg Fitzsimmons asked fellow comic Tom Segura on the 87th episode of the popular podcast, "2 Bears, 1 Cave." The podcast was created by Your Mom's House Studios.

In response, Segura, who developed multiple hour-long comedy specials for Netflix, remembered one time in particular.

The part about Segura's most humiliating moment runs from 12:35-15:34 in the video below.

Segura revealed that he once did work warming up the crowd during the second season of NBC's TV show "Last Comic Standing" around 2004.

"'Last Comic Standing' was shooting it here in L.A.," Segura said. "And so, at the time, I'm probably a few years in. In total, I could probably do 40 minutes with a gun to my head, and I can probably do 15-20 minutes clean."

I do my next 10 minutes. Goes great. And they're like, "great we're gonna roll now." I was like "man, that was awesome." You know, it's like, it's a big crowd. It's like probably the biggest crowd I've performed in front of.

And then they start taping the show and like a few minutes in he's like, "we're gonna reset. I just need to go back out there. The light, the camera wasn't like coming down right so we have to reset it and everything, so just, can you go back out there?"

At this point, Fitzsimmons laughed, knowing that it was a fairly impossible ask for a stand-up comedian who only has so much material worked out in clubs.

Segura then pulled the crew member aside and said: "You have to like, give me something." He asked for shirts or really anything to give away in order to keep audience members happy.

He then revealed that he ended up doing a "humiliating" dance contest with members of the crowd.

Fitzsimmons was sitting in on the episode to fill in for Bert Kreischer, a comedian who was shooting a new film titled "The Machine," also starring Mark Hamill. It's based on one of Kreischer's most famous comedy bits.