Can Women 'Hack' Disney Parks for Free Shirts by Showing Their Boobs?

"Absolutely show your boobs when you go to Disney World if you want a free shirt," a park guest recommended on TikTok. 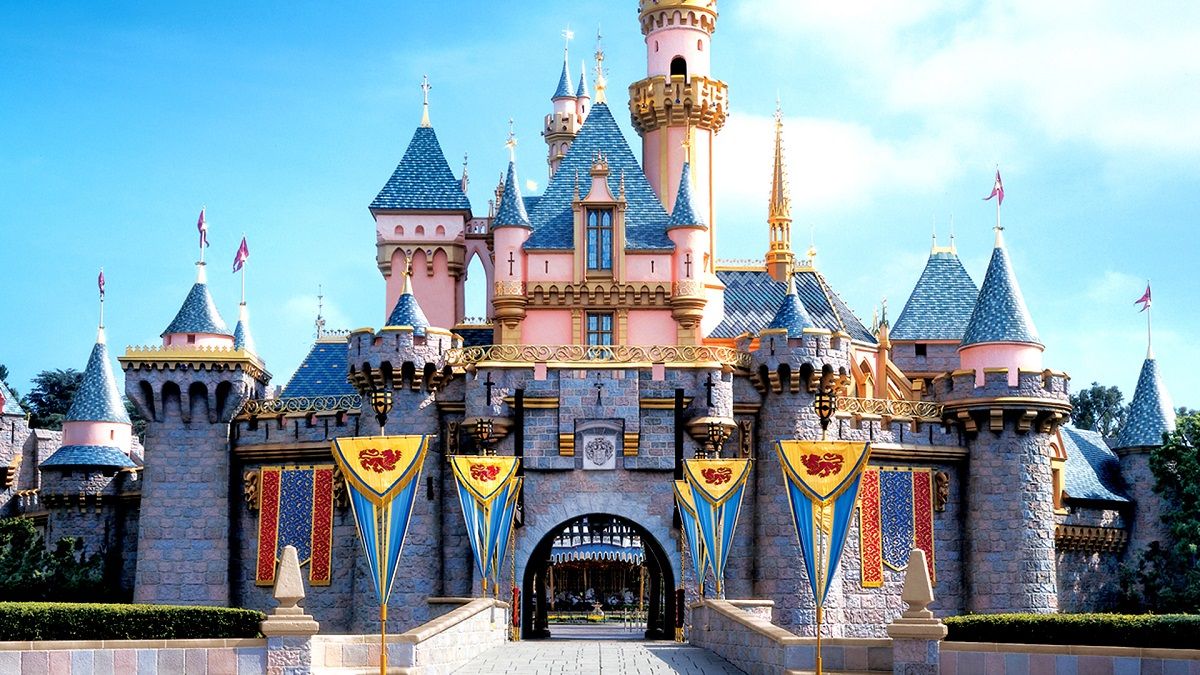 In May 2021, TikTok user Amanda DiMeo posted a video explaining her 'hack' for scoring a free shirt at the Walt Disney World resort theme parks.

I just got a $75 T-shirt, just because I was wearing a shirt that was exposing my underboob a little bit. So if you want free Disney shirts that's the hack.

The end of the clip featured DiMeo filming herself wearing the pink long-sleeved shirt while observing, "Ok, but it's so cute and if it's free, it's for me. Thank you, Disney."

Another TikTok user, Rebecca Pylypczuk picked up on DiMeo's video and related her experience of several years earlier to endorse the notion that women should "absolutely show your boobs when you go to Disney World if you want a free shirt."

I can 100% back this up. Because about five years ago I went to Disney World, and I was wearing like a really low-cut bathing suit with some shorts. And as soon as I walked in the girl pulled me aside, and was like 'I'm sorry, you can't have that shirt here. Here's a ticket go to the gift shop and get yourself any shirt for whatever price is on the ticket.'

And I got a $60 shirt for free which is crazy because people go there to pay for them. So absolutely show your boobs when you go to Disney World if you want a free shirt.

In June 2021, yet another TikTok user, Alyssa Schueller, posted a similar video vetting the free shirt hack as 'true' while showing her "Getting escorted to a free shirt bc mine 'isn't appropriate'":

The video offered a glimpse of the top Schueller had been wearing, which included a bit of a cutout of the midriff and had apparently been flagged by staff as 'inappropriate.' Then it showed her being escorted to an area where she picked and donned a ("free") yellow t-shirt featuring a retro Walt Disney World logo: In the comments section of her TikTok post, Schueller maintained that Disney's dress policy was being enforced inconsistently within the various WDW theme parks:

FYI I was was at Animal Kingdom ALL morning without an issue. Went to EPCOT and this happened. Went back to [Animal Kingdom] and had no issue once again. If Disney wants to endorse a dress code, then they need to do just that. But the inconsistency ... pls.

Disney's "Theme Park Dress & Costume Guidelines" are vague on the specifics of what is considered inappropriate dress for women, stating only that:

Disney reserves the right to deny admission to or remove any person wearing attire that is considered inappropriate or attire that could detract from the experience of other Guests. Attire that is not appropriate for the parks -- and which may result in refusal of admittance -- includes but is not limited to:

Clothing which, by nature, exposes excessive portions of the skin that may be viewed as inappropriate for a family environment.