Some publications reported that she is the first sitting vice president to do so. 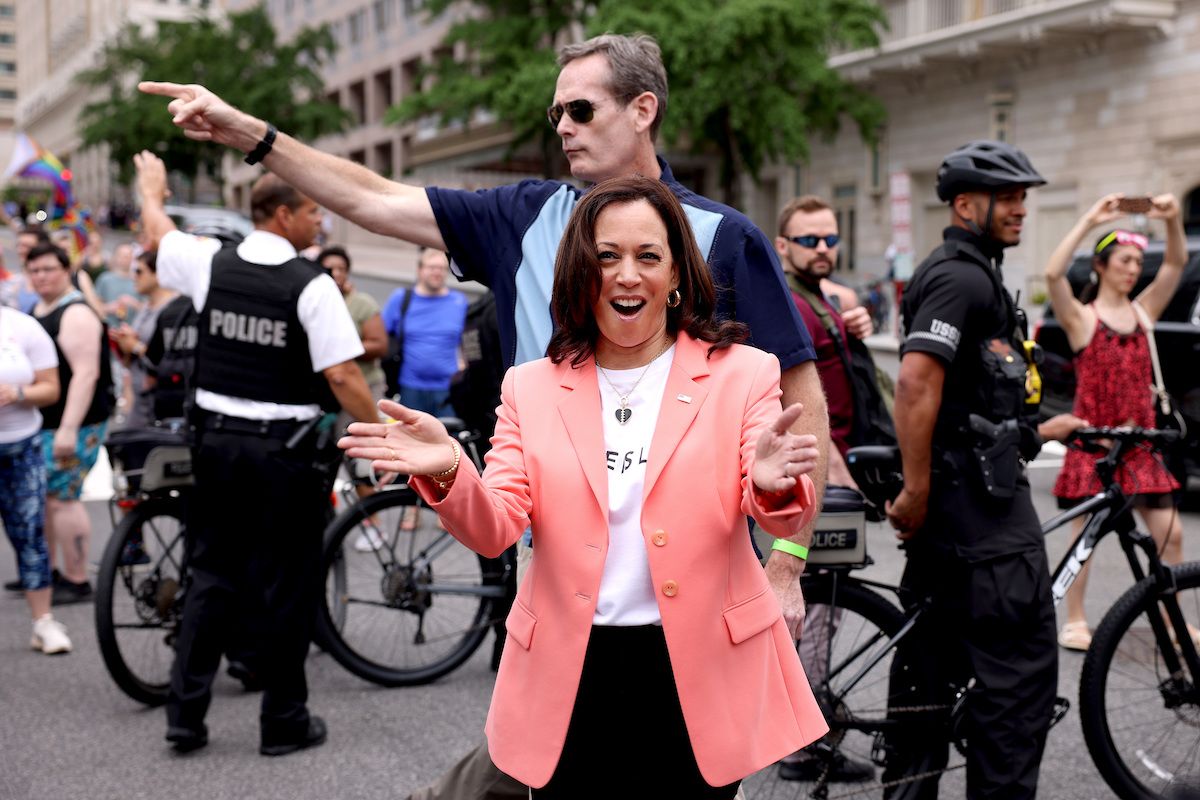 Vice President Kamala Harris took to the streets in June 2021 when she and first gentleman Doug Emhoff joined revelers in the streets of Washington, D.C. during the Capital Pride Parade.

Chris Johnson, a White House reporter for the LGBTQ news source Washington Blade, claimed on Twitter that the former California senator was the first sitting vice president to march in a Pride event.

Other publications also reported that the June 12 public appearance marked the first time a sitting vice president had marched in an LGBTQ parade. However, Snopes was not able to independently verify whether this was true.

Wearing a “love is love” shirt, Harris walked through downtown Washington, D.C. alongside Emhoff. During her brief appearance, the politician called on the U.S. Senate to pass the Equality Act, which would provide federal civil rights protections for LGBTQ people.

"We need to make sure that our transgender community and our youth are all protected. We need, still, protections around employment and housing," Harris said, according to NBC Washington affiliate station WRC-TV. "There is so much more work to do, and I know we are committed."

It's not the first time that the 49th vice president joined the crowd at annual Pride events. A look through the visual media company Getty Images archive returned photographs of Harris at San Francisco Pride events in both 2019 and 2020.