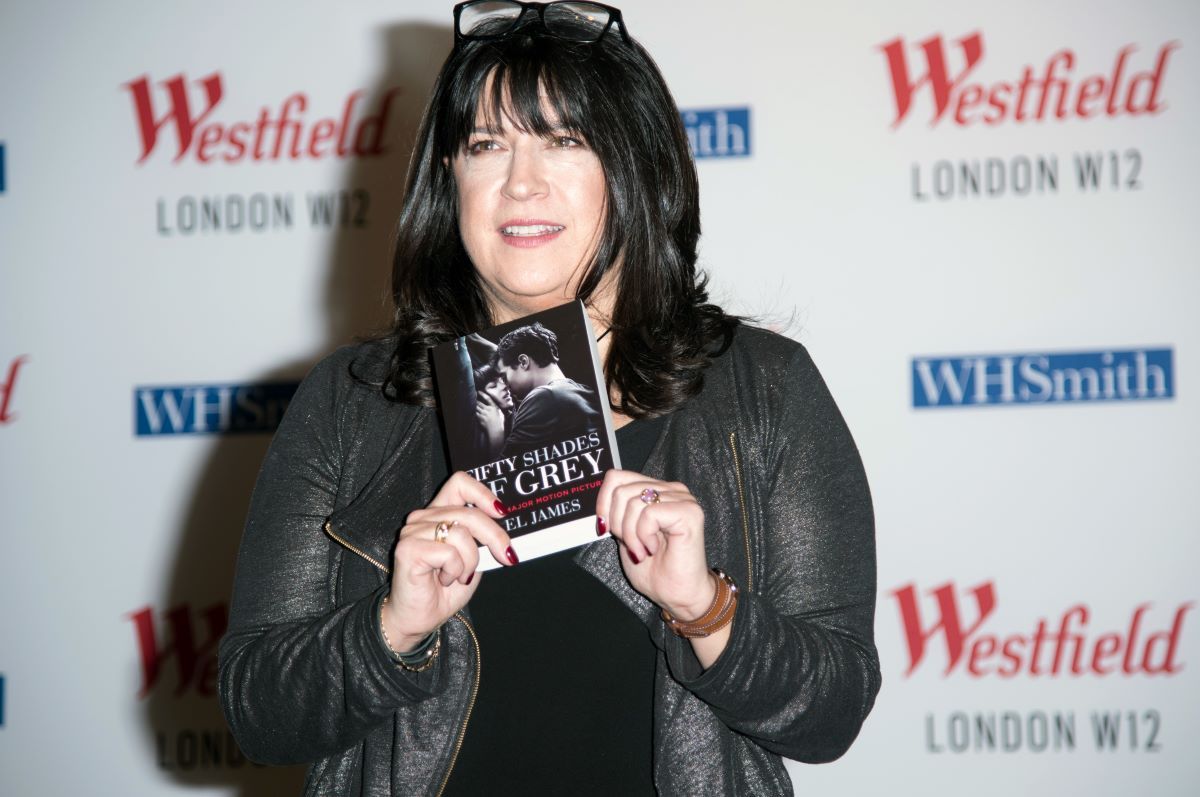 A viral theory that came and went since 2020 and made yet another comeback in 2021 connects — wait for it — the 9/11 terrorist attacks to the creation of the “Fifty Shades of Grey” series.

A TikTok user summarized the phenomenon: It begins with Gerard Way, who created the band My Chemical Romance after witnessing the attacks on 9/11. That band's music then inspired Stephanie Meyers, who wrote the “Twilight” books series that in turn inspired E.L. James, author of the "Fifty Shades" trilogy.

Let's start at the beginning. Gerard Way, singer for My Chemical Romance, was indeed in New York City, working as an intern, on Sept. 11, 2001. In a 2005 interview with Spin Magazine, he described how the day of the tragedy, while coming into Manhattan, he had an epiphany of sorts:

Like many life changing stories of the 21st century, it all began on September 11, 2001. On that clear-blue-sky day, Way, who had graduated from New York’s School of Visual Arts to a sunlight-free existence drawing in his mom’s basement, was coming into Manhattan, unaware of the tragedy. “Something just clicked in my head that morning,” he says. “I literally said to myself, ‘Fuck art. I’ve gotta get out of the basement. I’ve gotta see the world. I’ve gotta make a difference!'”

In an interview with Newsweek in 2019, Way said:

One of the biggest reasons I started My Chemical Romance was because I was one of the people to witness 9/11 in New York City. That felt like the end of the world. It felt like the apocalypse. I was surrounded by hundreds of people on a dock on the Hudson River, and we watched the buildings go down, and there was this wave of human anguish that I've never felt before. Since then, I've continued to think about what we would do at the end of the world if we knew we only had a little time left. Someone actually pointed out to me that the music video for "Black Parade" also looked a bit like the aftermath of 9/11, and it came out just a day or two after the anniversary.

In another interview during the 2019 Los Angeles Comic Con, he described how forming the band My Chemical Romance and writing songs became “therapy for me.”

“So 9/11 happens, and I pick up the guitar again and I write ‘Skylines And Turnstiles’, and then I called Otter [Matt Pellissier, drummer] and then I called Ray [Toro, guitarist], and we got Mikey [Way, bassist] in – and we just started building this momentum,” Way said. “It became my therapy from the PTSD that everyone had experienced from 9/11, and processing that.”

He made the comments around 16 minutes into this video:

Author Stephanie Meyers has also publicly stated that My Chemical Romance was one of her inspirations as she wrote the vampire romance “Twilight” series. In an EW interview she said the band helped her with the character of werewolf Jacob Black:

This band is so in touch for me with Jacob's character. This really raw, uncontrolled emotion — where it's not about some person who's grown up and callused over and learned how to control things. It's someone who's feeling it for the first time and just wants to go out and blow things up. The song 'Famous Last Words' is a really romantic version of Jacob saying, 'Okay, I'm putting myself out there, and you're probably going to break me, but that doesn't change the fact that I'm still going to make the offer.

As it turns out, the band was just not that into “Twilight,” however. None of the band members had read the series back in 2009, and they refused an offer to do a song for one of the "Twilight" film adaptions.

Meyers would go on to inspire another author who herself would go on to create a cultural phenomenon: E.L. James, author of the "Fifty Shades" trilogy. It has been widely reported that the controversial romance novels started out as “Twilight” fan fiction, which is defined as writing that takes characters and situations from existing works of fiction and creates new stories based off of them, normally as an act of fan appreciation. This is typically unauthorized by the original creator.

James originally posted her work as unauthorized fan fiction online under the title “Master of the Universe.” The main characters, initially, were named Edward and Bella after the primary characters in “Twilight.” It re-imagined the story as Edward being a very sexually active human businessman, and not a chaste teen vampire. Ultimately its popularity led to the book deal and the "Fifty Shades" franchise as we know it today.

While the internet may have drawn vivid and even convincing links from 9/11 to Fifty Shades, it doesn’t account for all the other variables that may have led to the development and ensuing success of all these cultural creations. Random historical connections may be fun and fascinating, but the factors that enabled these cultural touchstones to exist are a bit more complex than that.