Lam lived with a condition called bipolar disorder, which was cited by authorities as a significant factor in her death. 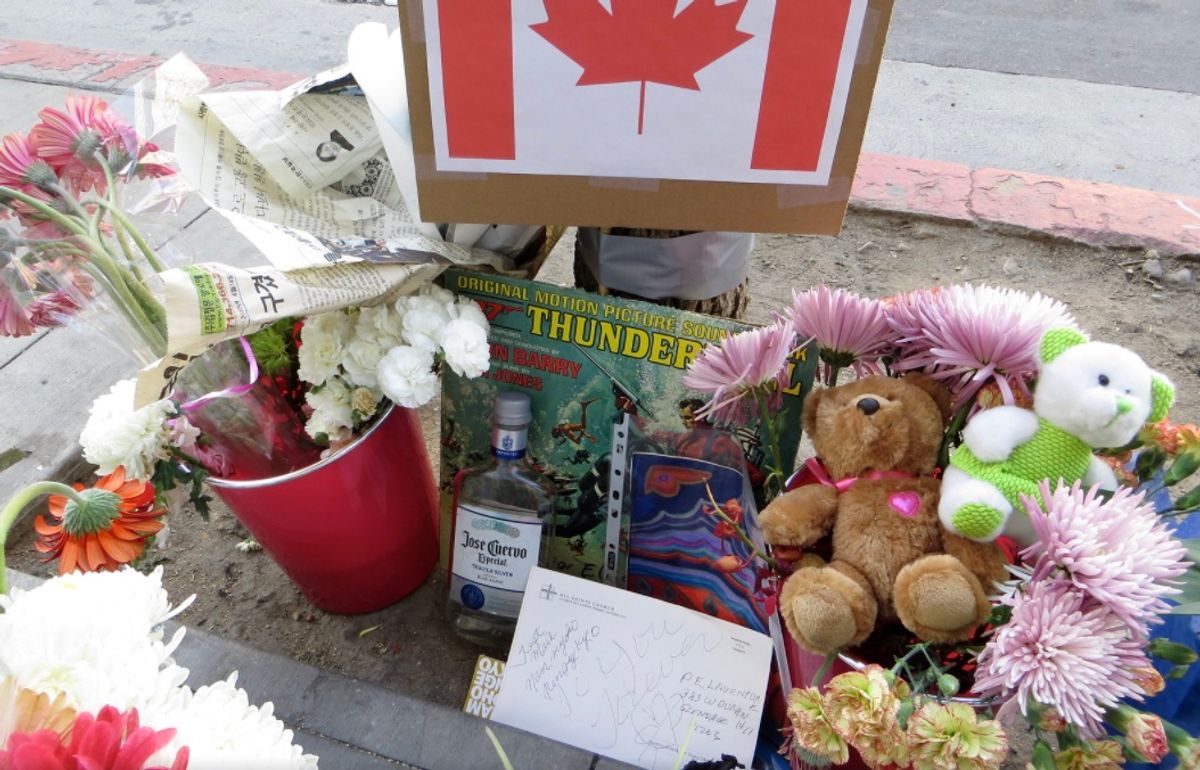 Previous Article
Next Article
Article 9 of 11 in Collection

The Elisa Lam tragedy has for years been the subject of public fixation and numerous conspiracy theories. But in the end, it's the "unsolved mystery" that was actually solved and not so mysterious.

The Lam story, in the end, was the story of a young woman experiencing a mental health crisis who never received the help she desperately needed. But the way it unfolded may have been just one exhibit of how the internet can take a tragedy with unusual circumstances and turn it into something that it isn't.

Although the 21-year-old college student from Vancouver, British Columbia, Canada, passed away in 2013, the case has maintained its staying power in the public imagination, as evidenced by a four-part Netflix documentary, "Crime Scene: The Vanishing at the Cecil Hotel," released in February 2021 — eight years after her passing.

The series focuses on Lam's disappearance coupled with the seedy, sometimes violent history of the Cecil, which was located in L.A.'s Skid Row district, where she stayed briefly during a tourist trip to California. It also focuses on web sleuths, who became obsessed with the story after Los Angeles police released what many viewed as disturbing surveillance video of Lam in a hotel elevator, the last time she was known to have been seen.

Lam's nude body was found more than two weeks after her disappearance, floating in a water tank on the hotel's roof. Her clothing was found submerged in the same tank.

The Los Angeles coroner ruled Lam's death an accidental drowning, citing her bipolar disorder as a significant contributing factor. There was no evidence of a crime.

In the manic state, a patient may experience extremely high spirits or irritability, racing thoughts, a decreased need for sleep, rapid speech, distractibility, an increase in activity, and an increase in risky behavior.

Sitting for an interview in the Netflix documentary, Dr. Jason Tovar, a pathologist for the L.A. County Coroner's Office, stated that toxicology tests performed in Lam's autopsy indicated she had not been taking her prescribed medication as directed, as did the amount of remaining pills in her medication bottles.

Investigators interviewed in the film pointed out that Lam had demonstrated a pattern of erratic behavior in the days leading up to her death. At the hotel, her behavior prompted the hotel staff to move her from a bunk room she shared with other women, to a single room. Lam had also gone to a TV show taping in Burbank, but was removed because of, again, erratic behavior and because she had written the host a long, rambling letter.

Investigators also revealed that in interviews with Lam's sister, they learned Lam had a pattern of going off her medication and then would experience hallucinations that caused her to hide in fear.

Lam was declared missing on Feb. 1, 2013, when she didn't check in with her parents, which she had done every day up until then during her travels. Los Angeles police searched for her in vain, bringing in tracking dogs that led them to an open window at the hotel with a fire escape, but from there the scent trail went cold. A search of the hotel's roof failed to find her.

Police then turned to the public for help finding her by releasing on Feb. 13 a surveillance video from the hotel's security camera, in which Lam was seen behaving erratically inside the elevator, at various points appearing to hide, gesticulating wildly, and appearing to talk to someone.

Journalist Josh Dean wrote that the video captured the imagination of the public because of its perceived eeriness.

In the hands of the internet, the video turned the Lam case from a frustrating missing person investigation into a fixation for conspiracy theorists, who imbued her behavior with various interpretations, from the idea she was talking to or hiding from her potential assailant, or ideas of hauntings, demonic possessions, Big Government cover-ups, etc.

"The result was that the video blew up," Dean wrote in 2015. "It went viral in the US and in China, where it received 3 million views and more than 40,000 comments in the first 10 days. There are now dozens of versions of the video on YouTube, some with voiceovers and theories added. The most popular version has nearly 12 million views."

It didn't help that the hotel, located in the heart of Downtown L.A.'s Skid Row, had a violent reputation. Serial killers Richard Ramirez and Jack Unterweger were some of the hotels more notorious past guests. The hotel's manager at the time, Amy Price, stated during the documentary that it was a flop house of sorts, a place where down-and-out people on the verge of homelessness often found refuge. She also stated that because of its nature, in her 10 years working there, thousands of 911 calls had been made from the hotel.

On Feb. 21, the LAPD confirmed that a body found in one of the hotel's four water tanks two days earlier on the rooftop was Lam's. It was no longer a missing person case, but a potential homicide investigation. She was found by a hotel worker floating face up in the tank, with the clothing she had been wearing in the surveillance footage submerged at the bottom of the tank.

The results of Lam's initial autopsy were inconclusive, with toxicology lab results pending. Between the time her body was found and an autopsy conclusion was reached stretched weeks of silence that amateur internet sleuths filled with speculation, some of it outlandish, wrote Dean.

Some saw a conspiracy in the fact that around the time of Lam's disappearance, Skid Row had a tuberculosis outbreak and the Centers for Disease Control and Prevention (CDC) had dispatched teams to deliver diagnostic tests, which happened to be called "LAM-ELISA." But this was only a coincidence. LAM-ELISA isn't a name reference, it is an acronym for the test's unwieldy full name: Lipoarabinomannan Enzyme-Linked Immunosorbent Assay.

Others pointed to the fact that the LAPD had stated at the time Lam's body was found that the hatch on the water tank was closed when investigators arrived, noting it would have been impossible to do from the inside of the tank. But detectives interviewed in the Netflix documentary stated that the hatch was found open, and statements otherwise were in error.

Perhaps one of the more harmful pieces of misinformation led internet sleuths to falsely accuse artist Pablo Vergara, who happened to stay at the Cecil in February 2013, of murdering Lam. Vergara, a musician and award-winning filmmaker who uses the stage name Morbid, said in a February 2021 interview about the documentary with Entertainment Tonight that he is still scarred from the international-scale cyberbullying from the false accusations.

There are two types of bipolar disorder, bipolar 1 and bipolar 2. Bipolar 1 entails manic episodes that may become so severe that patients can require immediate hospitalization. Dr. Judy Ho, a clinical and forensic neuropsychologist interviewed for the Netflix series, stated that Lam lived with bipolar 1.

To better understand the condition, we spoke about it in general terms with Dr. Holly Swartz, professor of psychiatry at the University of Pittsburgh.

Some people with bipolar disorder experiencing either manic or depressive episodes can sometimes experience psychotic symptoms, Swartz said. That is, they "can’t tell the difference between reality and what’s going on inside your head."

Also like diabetes, Swartz noted that there is mortality associated with bipolar disorder. People are at relatively high risk of suicide with the disease, and can also become a danger to themselves.

Swartz said that it’s not uncommon for bipolar patients to stop taking their prescribed medications for a number of reasons, including that the medications have problematic side effects and that because they are mood stabilizers, some patients find they miss the "ups" of the up-and-down mood shifts.

"There is a lot of stigma associated with psychiatric disorders overall," Swartz said. "They are medical conditions just like any other illness."

She added that people tend to be more compassionate when others have illnesses like diabetes or COVID-19, even though psychiatric disorders are also diseases.

"Part of it is because people get confused about, what’s the illness and what’s the person or personality," Swartz said. "The more people can educate themselves, the better they can support people [dealing with psychiatric disorders]."

Previous Article
Next Article
Article 9 of 11 in Collection