Fire authorities disagree over whether it's possible for clothes taken out of and placed on top of a dryer to spontaneously ignite. 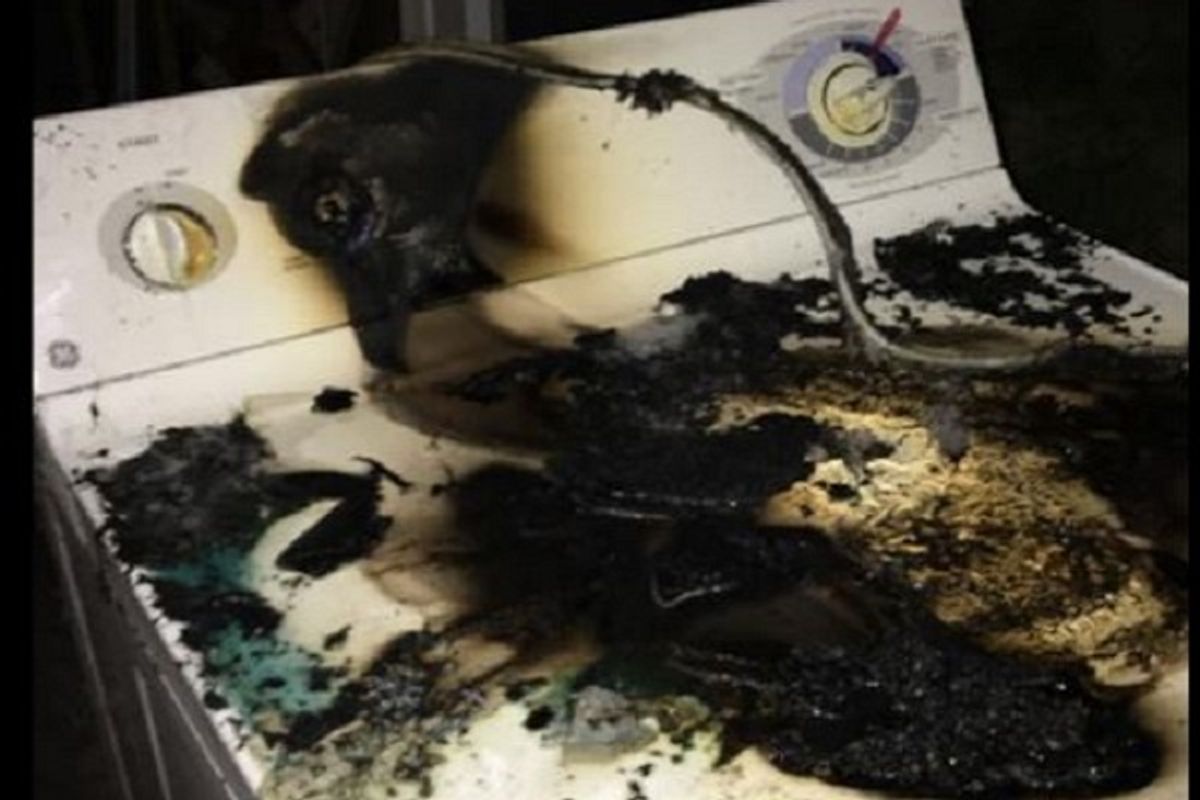 On 1 August 2016, a woman in upstate New York reported in a popular Facebook post that hot clothing left on top of her dryer had caught fire:

Here's my PSA for today...this is my dryer. Jacki had done laundry and before she left last evening to go out, she pulled the clothes from inside the dryer and put them on top of the dryer and left. She came home last night a little before 11 and opened the door and could not even walk in because the house was filled with smoke. She called the non emergency line of 911 (never one to panic) and the fire dept was there in a flash (all 4 trucks!!) They quickly found the problem--the clothes actually started a fire sitting ON TOP of the dryer because they were probably too hot when she pulled them out! I've done it a hundred times. The fire chief said never even pull the clothes from dryer and throw them on the couch to fold--they can ignite.

The post was accompanied by a photograph of Tracy Crozier-Bovay's charred dryer. But Fairmount Fire Chief Scott Clarke, who responded to Crozier-Bovay's fire, said it didn't start simply because the clothes were hot from the dryer.

He told us that the cause of the fire was believed to have been a chemical reaction — a substance on the clothes coupled with the heat from drying — that caused them to ignite. Household materials like certain types of cooking oils can cause laundry to go up in flames if homeowners are unaware.

"If [the substance] gets on the clothes and they are left alone, it would take days, weeks" for the reaction to occur:

But when the oils are on the clothes and they’re placed into a dryer, now all the items in the dryer are heated up to a couple hundred degrees. That decreases the time needed for spontaneous combustion to occur.

The National Fire Protection Association reported that oily rags are a fire hazard for businesses as well.

One-quarter (25%) of such fires in mercantile or business properties fires occurred in laundry or dry cleaning occupancies. These fires in mercantile and business properties were less common during “business hours” between 9:00 a.m. and 6:00 p.m. Oily rags were the item first ignited in one-third (34%) of these fires. Improper containers or storage was cited as a factor in 35% of these fires.

Clarke pointed to similar news stories of laundry with oil or cleaning products on them left in a pile while still hot. In 2011 a Dairy Queen in Missouri caught fire after employees left hot rags with oily residue piled in a plastic container. He also sent us video of tea towels used to wipe up vegetable and cotton seed oil, left in a pile, catching fire.

Tom Olshanski, a spokesman for the U.S. Fire Administration (a federal fire safety agency) maintains that a fire breaking out due hot clothing placed on top of a dryer alone is not physically possible. Clothing dryer fires are normally the result of an equipment failure or lint in the appliance's vents, he told us, saying that "Everything has an ignition temperature, and in this case, physically, it doesn’t make sense":

If you can get it that hot on top of a dryer, why didn't [the fire] start on in the dryer? Then once you pull the clothes out of the dryer, your temperature is lowering, it’s not getting higher. You’re not adding heat.

Patty Davis, spokeswoman for the U.S. Consumer Protection Safety Commission, told us dryer fires are most often caused by lint igniting. She told us:

The CPSC's most recent data shows an estimated 5,600 structure fires were caused by dryers in 2013. The National Fire Protection Association says the majority of dryer and washer fires — 32 percent — are caused by failure to clean the appliance. Other cases were the result of mechanical or electrical malfunction.