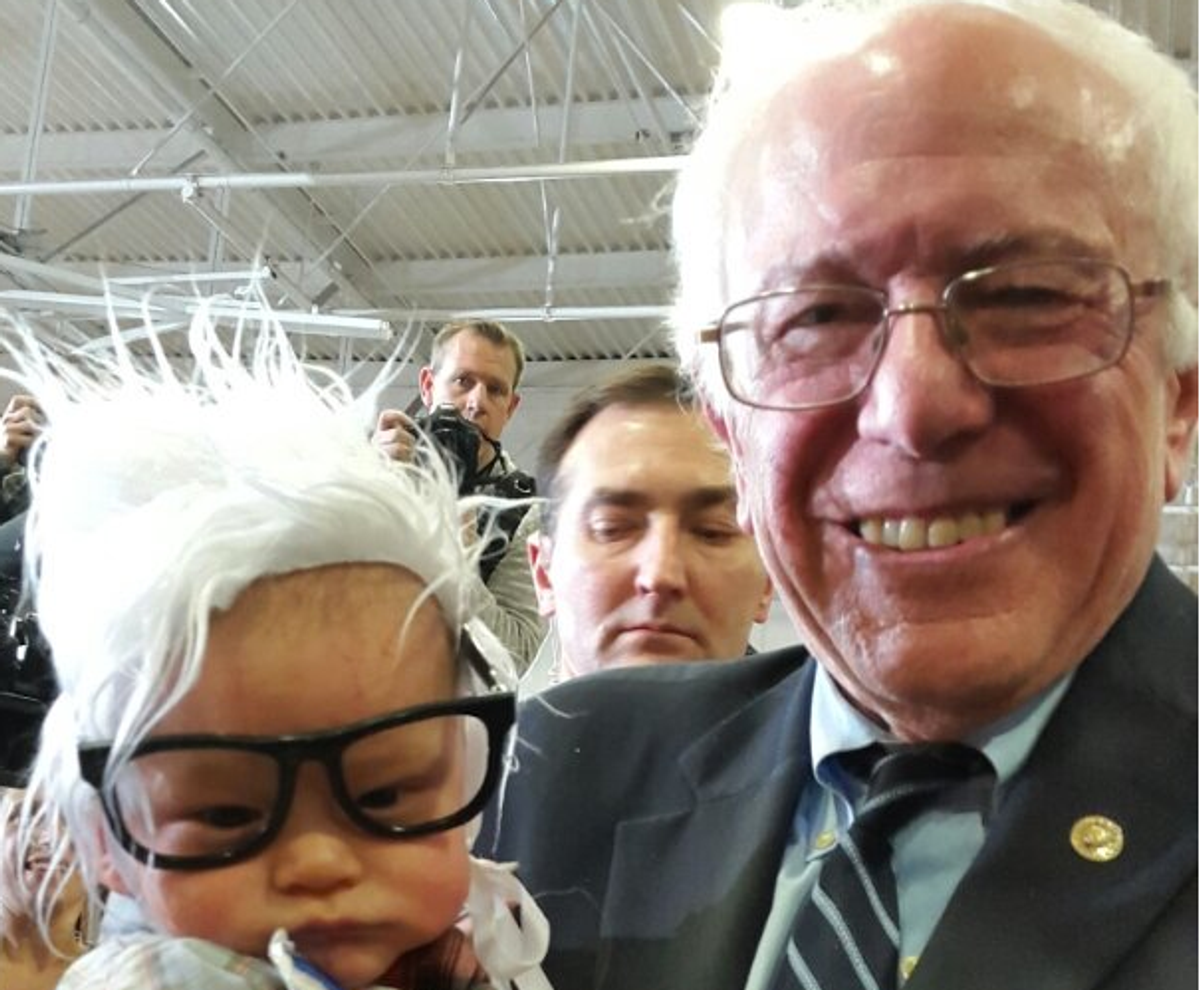 In mid-February 2016, images of Oliver Jack Carter Lomas (the "Bernie Baby") were widely shared on social media. The infant boy was depicted dressed as candidate Bernie Sanders, and the photos were an instant favorite of the Democratic presidential candidates' supporters:

One popular meme involving Lomas was published to a Facebook page dedicated to Sanders-related image macros: This is my nephew, Oliver Jack Carter Lomas aka the Bernie Baby. He passed away Thursday due to SIDS at only 4 months old. We will be posting information about his funeral in a couple of days for those that want to attend. Please keep my sister I your thoughts. While Susan Lomas didn't directly mention Oliver's passing on Twitter, she retweeted a 28 February 2016 acknowledgement of the infant's death:

Our social media accounts will go silent for a period of time in memory of Little Oliver. pic.twitter.com/3MOX5ZDGwZ

Oliver Jack Carter Lomas... I love you dearly, I love you most. I love you with all my heart and soul. I know that God will keep you near since God and truth are here.

Aka the Bernie Baby
#Berniebaby

The funds donated will go towards the wake, funeral, and burial expenses as well as any counseling the family may need.

Thank you so much from the bottom of our hearts.